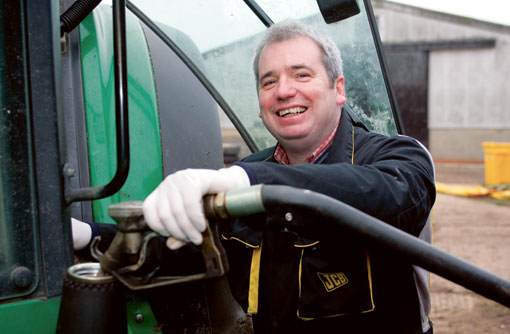 The last sugar beet for this season has now left the farm and was delivered to the Wissington factory in good condition. Reasonable sugar contents and respectable root yields helped make it a more worthwhile crop this year.

This is in stark contrast to last year, when we experienced frost issues, lower yields, and increased costs due to having to spend several miserable days removing frozen beet from the heap.

Speaking to other growers, it is clear that although this year is improved, it is still a marginal crop for many of us; particularly when you add in the hidden costs such as roadway repairs, storage costs and later drilling of following crops. That said, we are drilling beet again this spring.

I hate to have to mention our SPS. We were outrageously late being paid in the early years of the scheme, and were surprised and delighted in more recent years to be paid on the first day of the payment window.

Sadly, we seem to have fallen into the later-paid camp again, with the application still being validated and possibly not paid until March at the earliest. This is frustrating as there were no major changes within the application to potentially hold it up.

Like many others, I have rent reviews and contract farming agreements to negotiate this year and it is an interesting challenge given the volatility of both commodity and input prices looking forward. With the general rise in grain/oilseed prices since agreements were last negotiated, I can see the logic for landlords to seek a small increase in rents for some arable farms.

That said, we also need to consider other factors such as the effect of input cost inflation, low potato and onion farm gate prices, and the pressure on yields from the last two seasons of drought. It is clear that any such increases in rental equivalent need to be well justified, modest and sustainable!

For more from our Arable Farmer Focus writers, see our dedicated page.