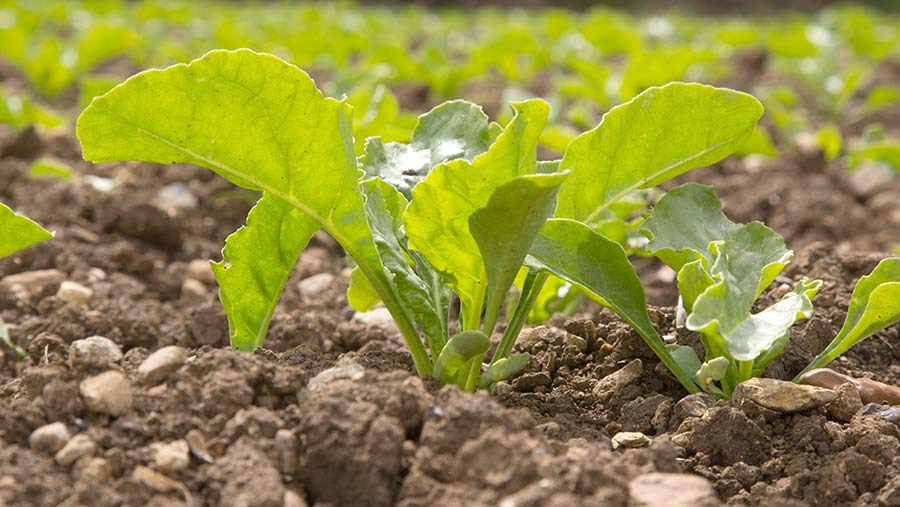 Two new high-yielding sugar beet varieties with tolerance to beet cyst nematode are the highlight of the nine new beet varieties approved for use for beet growers in spring 2023.

Harryetta and Button are added to the new Recommended List (RL) of sugar beet varieties for 2023, both having tolerance to the yield-damaging nematode.

A third variety BTS Smart 9485, from Limagrain, is an acetolactate synthase (ALS) herbicide-tolerant variety with a yield of 96.0%, and is ahead of the previous only ALS-tolerant variety Smart Rixta on the list at 92.1%.

The other six varieties include Annatina from KWS, BTS3610 from Limagrain, Tawny and Adder from SESVanderHave UK, and Morgan and Stewart from Stube UK.

Morgan, Tawny and Adder are not recommended for early sowing (before mid-March), but have shown low bolting characteristics when sown after that date in the past three years of RL trials.

Mike May, chairman of the RL board, advises that growers should contact the breeder and the British Beet Research Organisation, which funds the RL, before selecting and ordering varieties with special characteristics, such as enhanced rhizomania resistance (AYPR).

“Before ordering any of the special varieties bred for BCN, AYPR, yellowing virus tolerance or ALS herbicide tolerance, growers should discuss options with the BBRO and breeders, who will have more information on their performance and use in the presence of the specific problem,” says Mr May.

With nine new varieties added to the RL and four withdrawn, there are now 22 varieties on the new 2023 list.