Sugar beet growing has been opened up to more farmers this year and getting crops off to a good start as well as having an effective weed and disease strategy will be essential to get high yields.

It’s been many years since British Sugar last recruited new beet growers and this latest push is the result of the company being in expansion mode after the abolition of EU sugar quotas this year. 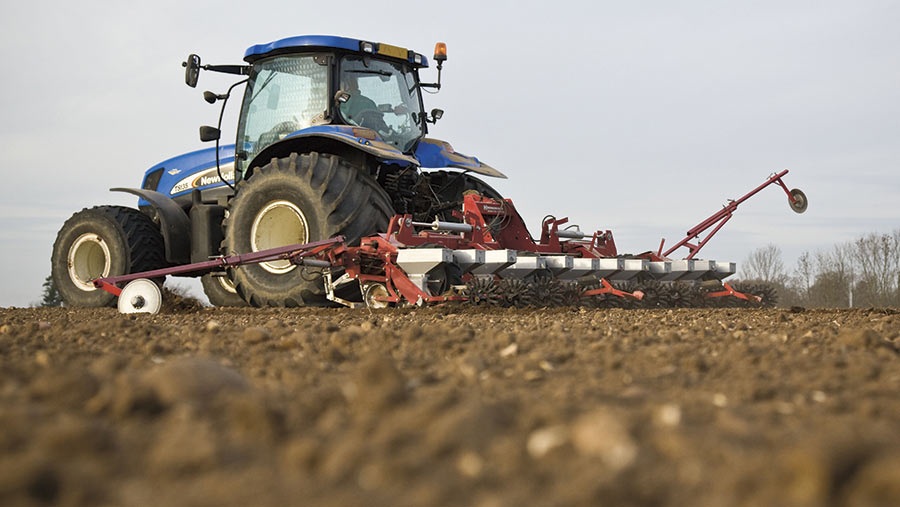 This 30% increase on last year’s area is a combination of existing growers expanding their area as well as new and returning beet growers such as Tony Hopkin, who decided to grow 21ha after a 10-year absence.

He was keen to add another break-crop to the rotation that would provide further opportunities to tackle blackgrass on his heavy Cambridgeshire land.

In addition, having a known price and favourable payment terms help with financial planning and business cashflow.

However, despite the obvious appeal, there were issues to consider, he says.

“We haven’t grown the crop since 2007. Back then we averaged about 55t/ha, whereas this year I will be disappointed with less than 70t/ha,” he says.

The starting point for maximising yields is establishment. Ed Hagues, root crop product manager at Bayer, warns that poor seed-beds at drilling can result in yield losses of up to 30%.

Therefore he advises growers to avoid practices that promote poor soil structure and to be ready to go as soon as conditions allow.

“Mid-March is typically the optimum time to drill, as yield potential begins to fall away in April.

“However, while many growers would aim to start early, soil temperatures and soil moisture levels will need to be correct. Germination of beet seed is slow before the soil reaches 5C,” he says.

Despite the desire to drill early, the reality is that most crops are drilled towards the end of March and into early April.

He says this is partly because about half the crop is grown on heavy land, which is slower to warm up and become workable.

“This means most crops are already under pressure to reach the target of full canopy by the summer solstice [21 June in 2017] to maximise light interception,” he adds.

Timing will be a challenge for Mr Hopkin, who has spring barley, spring beans and onions also to be established in the coming weeks. This means workloads will need to be managed carefully.

“It is a busy few weeks, so timing will be crucial. We are aiming to drill early because of the pressure to sow other crops, but also so there is time to prioritise problem weeds before dry weather leads to issues with crop safety.”

One common question from returning growers is how to prioritise problem weeds without having to resort to “hot” mixes later to clear up any late flushes.

“Crop safety should always be a factor in herbicide choice. There is little point trying to drill early or achieve optimum establishment only to check crop growth through poor product selection,” says Mr Hagues.

Certain phenmedipham formulations, for example, require the addition of an adjuvant oil to boost performance, but the contribution to improved herbicide effectiveness must be balanced with the increased risk of crop damage.”

For the past two seasons, some sugar beet crops have come under intense pressure from beet leaf miner, the larvae of the mangold fly.

“Seed treatments are the only real defence and give protection for up to 10 weeks. The objective should be to get the young plant established before this protection wears off,” says Mr Hagues.

“Unfortunately, there are few options for controlling subsequent generations, but crops should continue to be monitored for leaf miner eggs on the underside of leaves.

Powdery mildew and rust are the diseases most damaging to UK sugar beet, with the potential to reduce yields by up to 20% and 14%, respectively. Of the two, rust is the most prevalent and having a programme to control it is vital.

BBRO advice is that the first fungicide should be applied at full rate, typically from mid-July, to achieve maximum efficacy and protection.

A second application should be made four to six weeks later to extend protection into the winter months and maintain a healthy canopy.