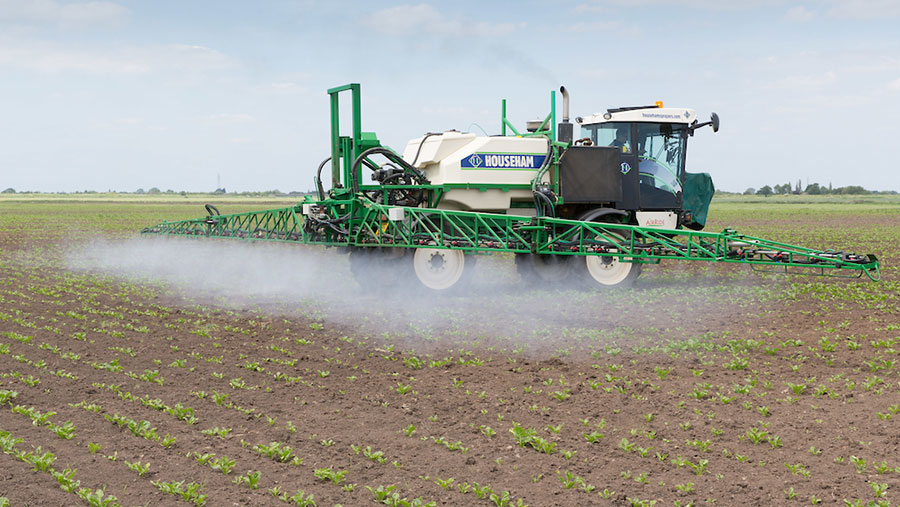 Sugar beet growers have until the end of the year to buy any of Bayer’s Betanal herbicides, if they wish to use them next spring before their withdrawal.

The Chemicals Regulation Division (CRD) has announced the final sales date for all desmedipham-containing products following the EU Commission’s decision to withdraw approval for the active substance.

It means growers will be unable to buy any of the herbicides after 1 Jan 2020, and they then have until 1 July 2020, which will cover the full season of use, to use up or dispose of any remaining stocks.

See also: How to identify and control umbellifer weeds

Desmedipham has been relied on to provide effective control of a range of weeds in beet crops since it was first introduced in combination with phenmedipham in Betanal products in 1968.

Over time, other actives, such as ethofumesate and lenacil, have been combined to expand and improve weed control, but desmedipham and phenmedipham have served as the core actives for efforts to deliver effective weed control.

“Betanal maxxPro has been widely used across Europe for many years.

“Its use has provided robust weed control, flexibility of use and excellent crop safety,” says Edward Hagues, Bayer‘s campaign manager for root crops.

“Those wanting to maintain an effective and flexible approach to weed control in 2020 should ensure they have sufficient Betanal maxxPro in stock to meet their needs before the New Year as desmedipham-containing products cannot be sold after this time,” he says.