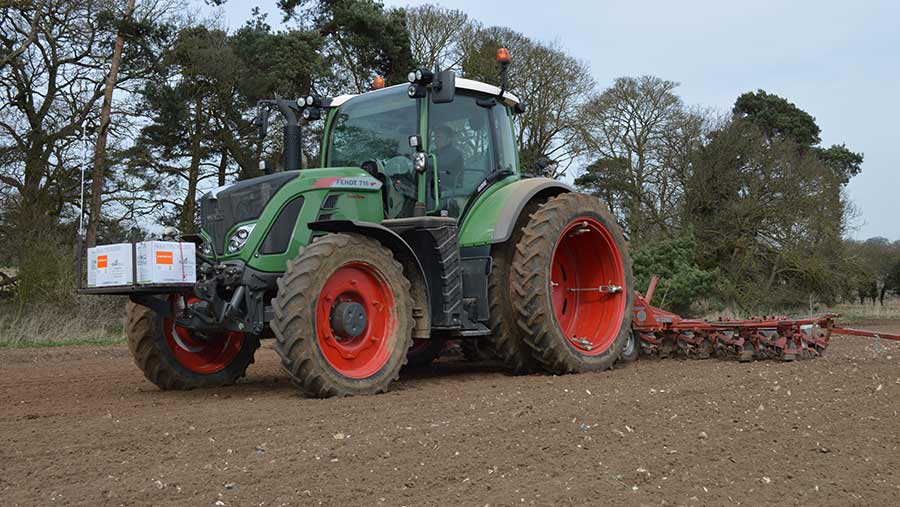 The beet processor expects the sugar beet area to be up about 4% at 104,000ha this season, from just over 100,000ha last year, with dry spring weather helping rapid planting progress.

“Our forecast for the next year is that we expect sugar production to be in line with this year, as we expect an increase in crop area to be offset by lower beet yields,” the group said.

Dry conditions in March meant the majority of this year’s sugar beet could be drilled before Easter, and now some of the lighter beet land could gain from some rain.

UK sugar production from the group reached 1.18 million tonnes in the harvest just finished compared with 1.15 million tonnes the previous year – with its four beet plants at Newark in Nottinghamshire, Bury St Edmunds in Suffolk, and Wissington and Cantley in Norfolk now closed.

British Sugar gave the update as its parent company, Associated British Foods, reported a 1% rise in pre-tax profits to £636 million for its financial half-year to 29 February.

The group’s worldwide sugar revenue was 8% ahead of last year in the first half, due largely to higher European Union sugar prices, and looking ahead, the group expects European sugar demand to be in excess of production in the next harvesting campaign.