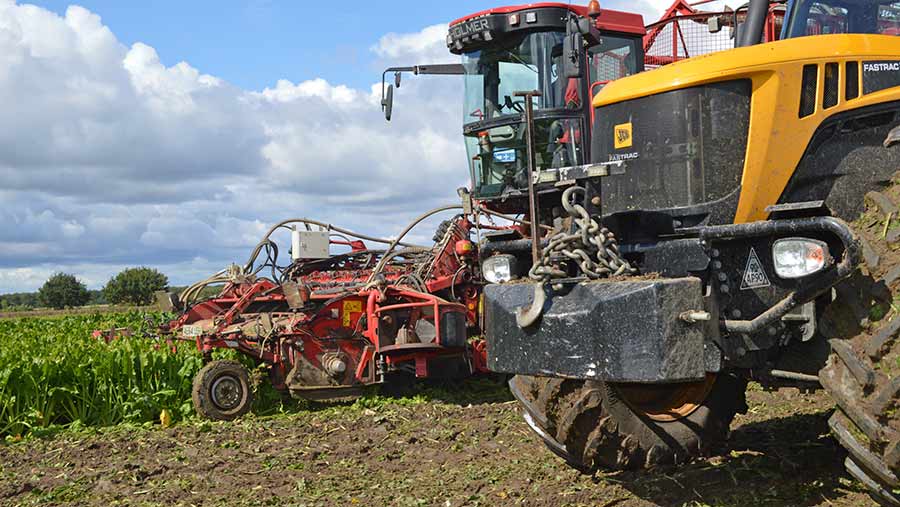 Sugar beet processor British Sugar is warning this autumn’s harvest is set to be “much lower” than last year’s 1.37m tonnes of sugar due to a wet spring and very dry summer.

Britain’s 3,500 beet growers suffered from the cold and wet spring, with drilling only really starting in April, and many growers expect the start of the beet harvesting campaign to be delayed to allow crops to bulk up.

Sugar production rose sharply for the 2017 harvest of 1.37m tonnes of sugar, extracted from about 8.9m tonnes of beet, compared with the previous year’s crop of 900,000t of sugar, but production for this next processing season is set to fall.

“Next year’s production is expected to be much lower, driven by reduced beet yields as a consequence of late drilling caused by the wet spring weather followed by the unusually dry summer,” the group said.

Sugar beet growers saw record beet yields from the 2017 harvest of 83.4t/ha, beating 2014’s previous record of 79.8t/ha, but yields this year are likely to be down with the beet area largely unchanged at about 105,000ha

The sugar beet harvesting campaign is set to start soon, with British Sugar’s  four plants – Cantley and Wissington in Norfolk, Bury St Edmunds in Suffolk and Newark in Nottinghamshire – gearing up for processing.

Last year’s campaign started more than a week early on 14 September due to the big beet crop, but this season the start is likely to be slightly delayed to allow crops more time to put on weight.

The crop update came as British Sugar’s parent company, Associated British Foods – which is the world’s biggest sugar company, with interests in Spain, China, South Africa and the UK – issued a trading update for the 52-week period to 15 September, ahead of its full-year results on 6 November.

The company said the adverse effects of lower European Union sugar prices on its sugar business would be more than offset by strong performances from its Primark, grocery, agriculture and ingredient businesses.