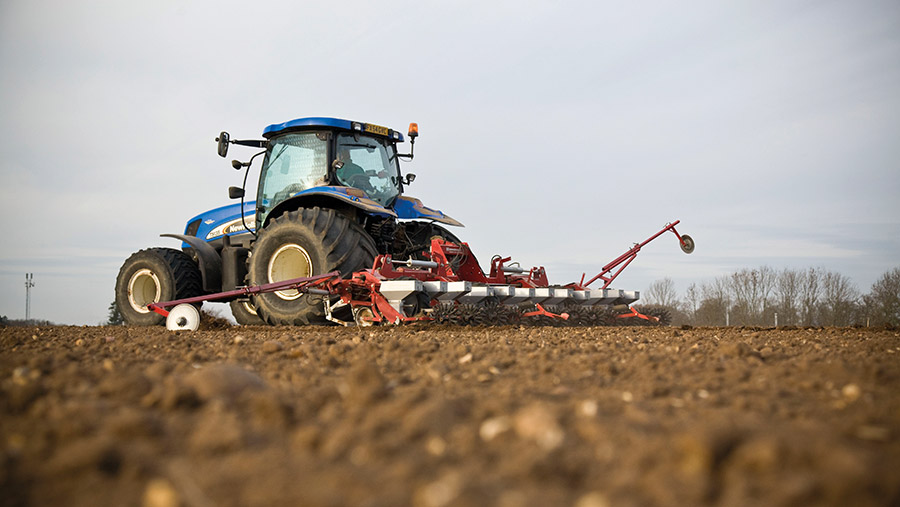 Gene-edited sugar beet with built-in resistance to virus yellows disease could be grown commercially in the UK by the mid-2020s, says British Sugar.

The company is investigating gene-edited beet seed as a long-term solution to the disease, which devastated crops across eastern England during the 2020-21 season.

See also: No neonicotinoids on sugar beet this spring

The development is significant because virus yellows is so hard to control. One of the only effective options – neonicotinoid seed treatments – remains banned following concerns that they are harmful to pollinators.

Some farms saw yields halved because of virus yellows during 2020-21, prompting some farmers to stop growing the crop. British Sugar expects to process just 900,000t of sugar from the latest crop, compared with 1.19m tonnes the previous year.

Mr Watson said: “Gene editing provides a real opportunity and we are cautiously optimistic that [it] will get approval and we will be able to fast-track our own pathway that removes the need for chemicals.”

Although a small number of growers had decided to quit the crop, Mr Watson said British Sugar had signed up enough farmers for the coming season. Colder winter weather meant growing beet in 2021-22 was likely to be less risky, he said.

NFU Sugar chairman Michael Sly said gene editing had real potential against virus yellows. But he added: “We think it is completely unrealistic to claim resistant varieties could be commercially available within three to five years, even with a green light from government.

“We think it will take at least eight years, and even then not necessarily having sugar beet seed resistant to all three yellowing viruses. Growers will see this as another example of British Sugar attempting to deflect attention away from the crisis facing our industry.”

But opponents argue that gene editing can cause unintended alterations that could affect food safety and the environment. They include a coalition of 14 pressure groups – among them Beyond GM, Compassion in World Farming and Greenpeace.

Gene editing remains strictly controlled in the EU under rules governing genetically modified organisms (GMOs). The group argues that any UK move to liberalise post-Brexit rules would breach the Trade and Co-operation Agreement with the EU.

It has raised the issue in a letter to the EU Commission, the European Council and the EU parliament.

“This will clearly weaken [the UK’s] health, environmental and animal welfare standards, compared to those of the EU,” argues the letter. “It will constitute a clear breach of the agreement’s principle of non-regression.”

The letter adds: “We are asking you to signal this very clearly to your UK counterpart, and to call on the UK government to drop its plans or face the consequences concerning future trade in agricultural goods.”