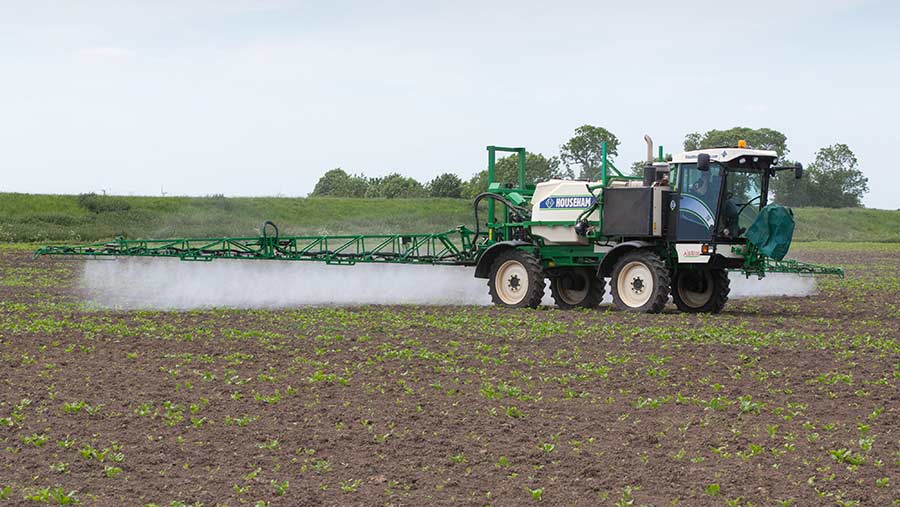 An Essex sugar beet grower hopes to recapture his high yielding ways and produce one of the UK’s top-yielding fields, by focusing on disease and weed control in the coming months.

In the late 1990s, David Halsall led the way on sugar beet yields being in the top 5% of farmers.

He recalls one season when he was third on British Sugar’s league table of best-performing crops, when it used to publish yields.

Yields progressed less rapidly at Docuras Farm and fell back a little. That was until last season, when David and his son George broke through the 100t barrier setting a new record on their farm of 109t/ha.

This season, the father and son team hope to push even further and get back into the top 5% of growers, although they recognise the late spring means some potential yield has already been lost.

They were fortunate to start drilling on 23 March although the wet cold spell meant the rest of the area had to wait until a month later.

Another consequence of the difficult spring was crops did not receive a pre-emergence herbicide. Despite this, weeds have been successfully dealt by two post-emergence applications in May (see ‘Four diseases of sugar beet to look out for and their symptoms’, below). 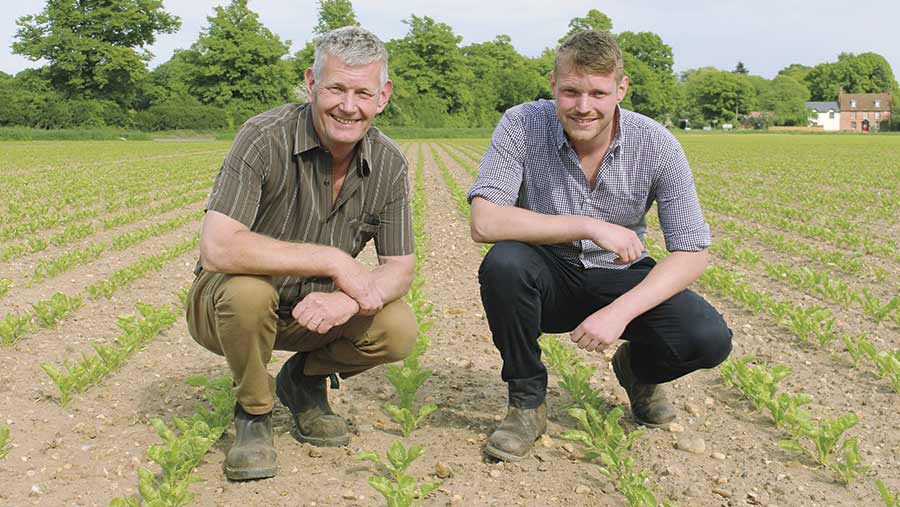 Once into late June, the focus switches to disease and there are four key foliar diseases that can affect sugar beet, rust, powdery mildew, ramularia and cercospora.

“Rust is the main disease to look out for, as mildew is being seen much less frequently these days,” says independent expert Mike May. Powdery mildew used to be the main disease, before being displaced by rust a few years ago.

Azole fungicides give good control of all four, however timing is critical. “Don’t let disease get established, monitor crops from June and spray at first signs, usually in July.”

While rust is something the Halsall’s are familiar with, one disease they have yet to see is cercospora.

This is a relatively new disease that is spreading in the UK. It’s currently further north, but could spread rapidly, as Mr May points to the Dutch situation where it spread through the country within five years.

Bayer root crop campaign manager Edward Hagues says some growers were caught out last year, as rust came early. “Farmers treated crops and then left a large gap between sprays; which then let in rust.” 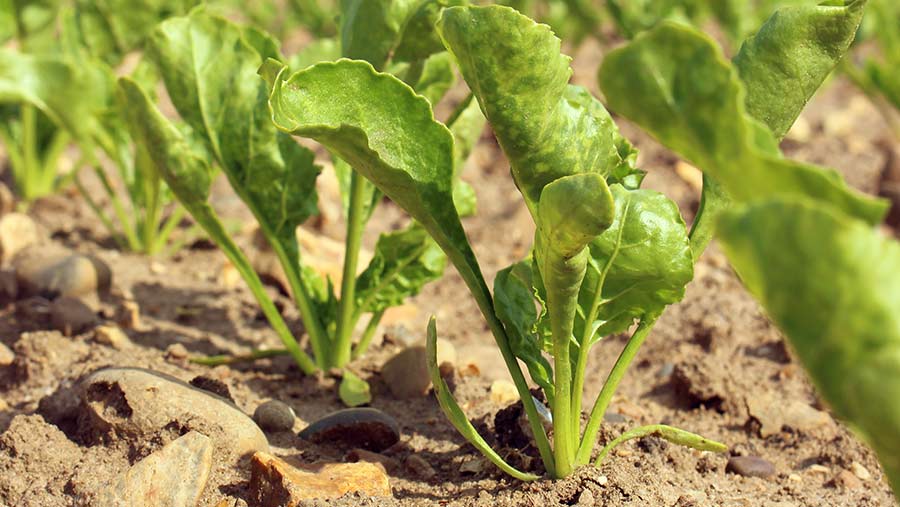 Therefore, the message is to avoid stretching the gap too much to the second fungicide. “Try to keep the timing to four weeks.”

The Halsalls follow the British Beet Research Organisation approach with the early lifted (October) crop getting one fungicide while the later lifted area gets two applications.

Mr May says good coverage is important and so is spray volume, as some farmer who cut back on volume saw some problems last year.

David and George follow best practice typically applying 200-250 litres/ha. And being potato growers, they use Defy nozzles to get good coverage with alternating forwards and backwards facing jets. 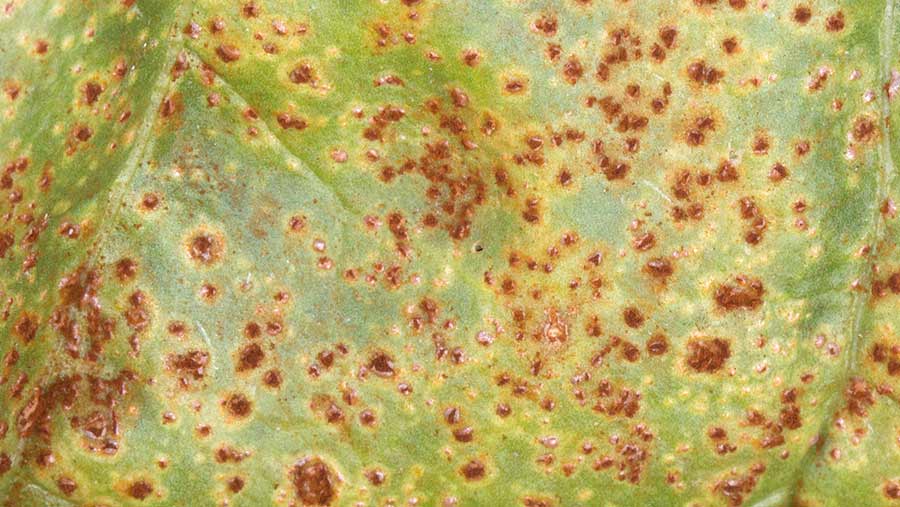 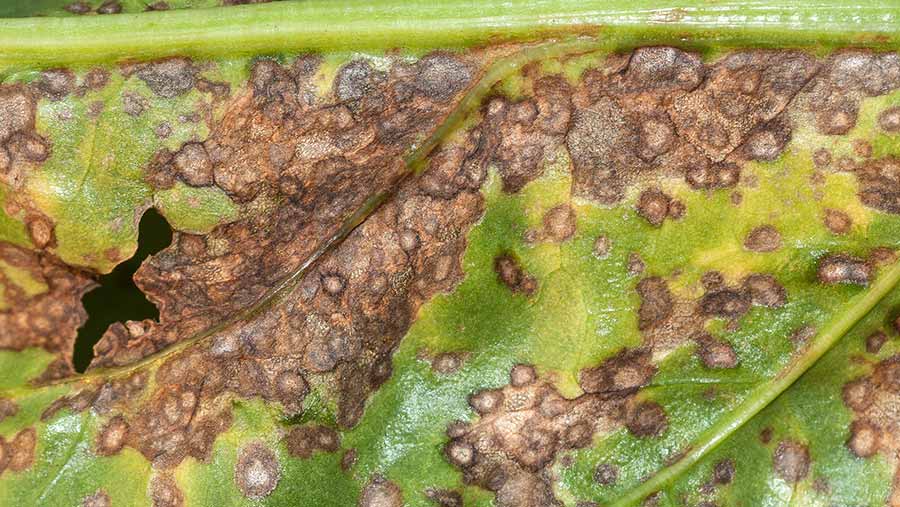 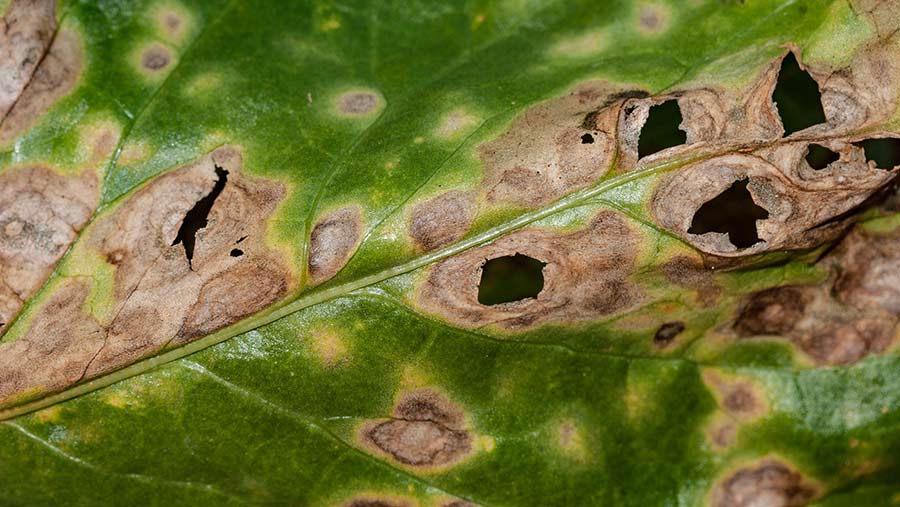 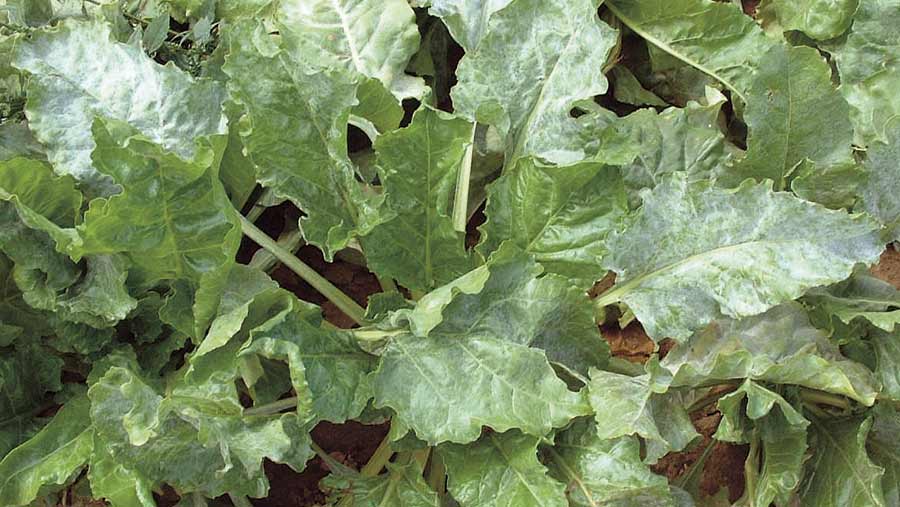