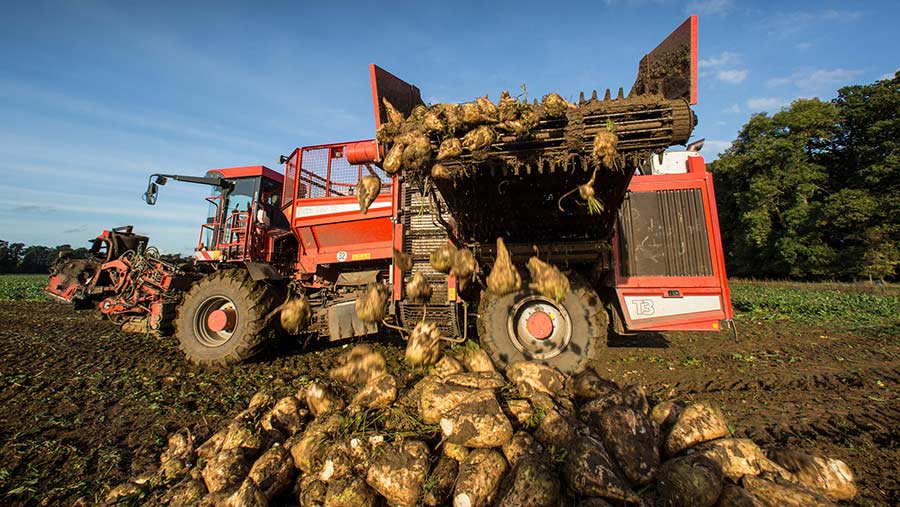 British Sugar has launched a legal challenge over the government’s decision to allow 260,000t of raw cane sugar into the UK tariff free.

The zero-rated autonomous tariff rate quota (ATQ) came into effect on 1 January – after the end of the Brexit transition period.

The government insists domestic sugar beet growers and the sugar beet refining industry should not be negatively affected as a result of the ATQ.

But it infuriated British Sugar and UK sugar beet growers, who argue that they will be unfairly disadvantaged by the decision.

“It puts the British beet sugar industry, including more than 2,500 farmers, at a distinct competitive disadvantage, as well as harming the interests of farmers in developing countries.”

American-owned Tate and Lyle is the only company that imports and refines raw cane sugar in the UK.

Mr Kenward said it was wrong to single out raw cane sugar alone for special treatment.

“We believe that the government is selectively and unfairly benefitting that one American company to the tune of at least £12m this year”.

American Sugar Refining – also known as the ASR Group – is the parent company of Tate and Lyle, which processes imported raw cane sugar at its Silvertown facility in London.

The Thames refinery is one of the largest sugar refineries in the world, with a capacity of 1.2m tonnes annually.