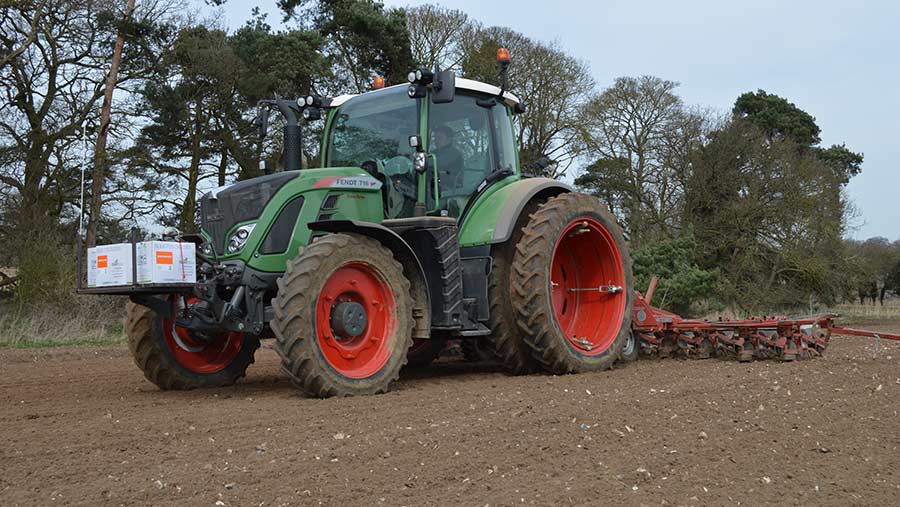 Sugar beet drilling kicked off this week in near-perfect conditions on one large Suffolk Breckland estate, with seed being planted into plenty of moisture just  below the soil surface.

Euston Estate started drilling beet on its light “blowaway” sandland on Monday (16 March) with about 100ha now complete out of a planned area of 336ha for this season.

Matthew Hawthorne, farm manager of the estate covering some of the lightest land in Britain, says the drilled seed was sitting well in the soil and was all ready to germinate.

“This is some of the best beet I’ve ever drilled as the ground is hard on top but with moisture down below,” he tells Farmers Weekly.

On the very lightest land on the estate destined for beet, winter barley seed is often drilled in the early spring to act as a cover crop to stop soil blowing away at sowing time.

The 4,200ha estate, a few miles south of Thetford, had a good sugar beet harvest last season, with average beet yields of 71t/ha, above its five-year average of 65t/ha.