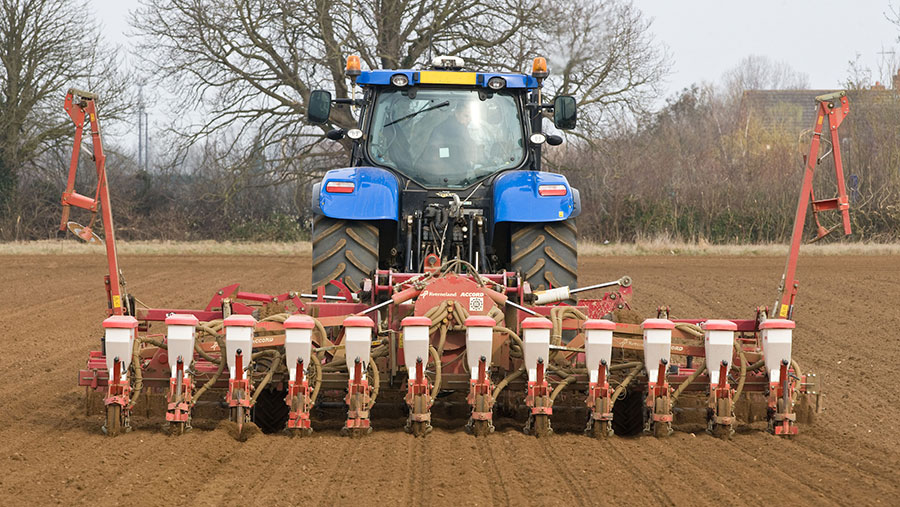 Sugar beet growers should look to apply a pre-emergence herbicide spray to sown crops this week, before a period of warm weather takes hold and potentially dries out soils, advises a UK beet expert.

Following a wet start to 2018 and the late spring, arable farmers across the country have seen their spring drilling seasons pushed back substantially due to extremely saturated soils.

David Allison, sugar beet specialist at agronomy group Frontier, believes growers fortunate enough to have crops in the ground, should aim to spray a pre-emergence herbicide this week.

“Depending on the quality of the seed-bed and if there is good moisture in the soil, I would recommend putting a pre-em on now. With the dry period which is forecast, moisture from the soils could be lost, meaning it will likely cut down residual activity,” he said.

Many growers, including those in Mr Allison’s West Midlands area, have been unable to make significant progress with drilling, but he stresses the importance of waiting until the quality of the seed-bed is right for sowing.

“If farmers get on too soon, you will see some horrible seed-beds created. Only drill into a good seed-bed, as cloddy beds will produce bad results,” he added.

With temperatures across the southern half of the UK set to exceed 20C for much of the next week, Mr Allison’s advice is growers should seek to drill in one pass.

“If growers are ploughing ground, I think it would be important not to plough any more than an hour or two in front of the seed drill,” he said.

“It seems very ironic, considering the wet weather we’ve all experienced so far this year, but the moisture from the soils could soon bake and dry out in the sun. In 10 days, I can honestly see growers complaining that they’ve got no moisture in their soils,” Mr Allison added.

He explained that in any other year, Frontier would recommend putting 40kg/ha of nitrogen on after drilling and 80kg/ha on after rows appear, but in this late-drilling season its message is to apply all 120kg/ha straight after drilling.