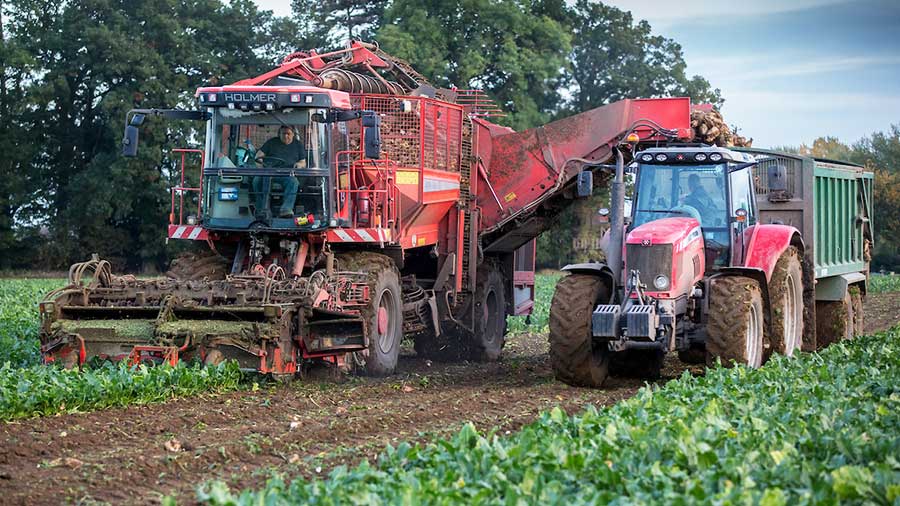 The UK sugar beet harvest is set to be lower this year as the spring drought has led to very mixed emerging plant populations, with some beet crops being rated ‘very poor’.

Processor British Sugar said that there were also unprecedented numbers of aphids, increasing the threat from aphid-spread beet yellows virus. This has resulted in the sugar beet crop forecast being below last year’s 1.18m tonnes of sugar.

The group’s agriculture director, Peter Watson, said that drilling of the crop was a little later than normal this season and germination was poor in some fields due to the lack of rainfall.

“Although the sugar beet crop has good powers of recovery and recent rainfall is welcome, this would need to persist for some time. We would therefore predict a reduction in crop harvested compared to last year,” he said in a statement.

Earlier this year, British Sugar had expected a higher area of sugar beet drilled this spring – up about 4% at 104,000ha from just over 100,000ha last year – from its 3,000-plus growers, to be offset by lower beet yields and leave sugar production unchanged.

Last season, the group’s four factories – at Newark in Nottinghamshire, Bury St Edmunds in Suffolk, and Wissington and Cantley in Norfolk – processed 7.77m tonnes of beet, giving an average yield of 78t/ha, beating the five-year average of 75t/ha.