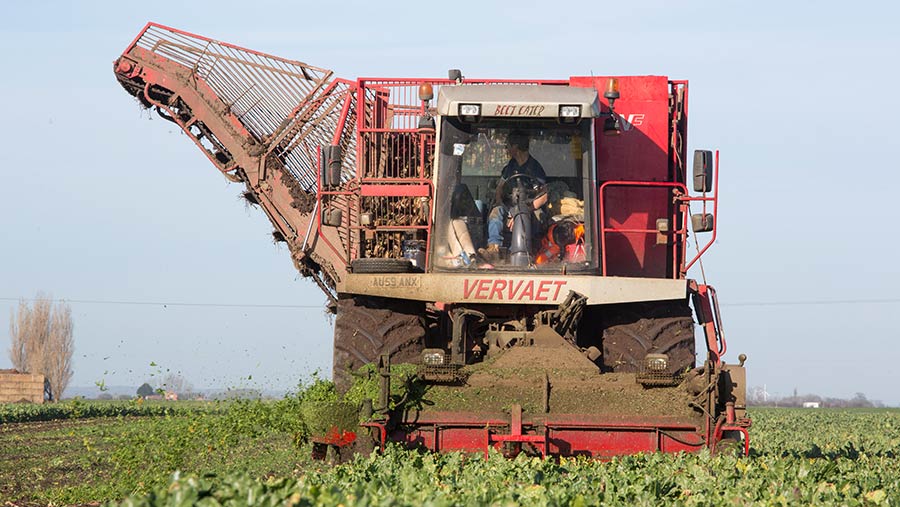 Britain’s sugar beet harvest, set to start next week, is expected to be higher this season as improved beet yields will more than offset the fall in crop area.

Beet processor British Sugar says yields are expected to be above the 2018 average of 69t/ha due to a favourable growing season while the crop area this season fell 7% to just over 102,000ha.

Harvest for some of the 3,000-plus beet growers is set to kick off with the opening of the first two British Sugar processing plants – Bury St Edmunds in Suffolk and Newark in Nottinghamshire – on 17 September.

The two remaining plants will open shortly after – Wissington in west Norfolk on 23 September and Cantley in east Norfolk on 1 October.

British Sugar nudged its forecast ahead after it said in July that the harvest was expected to “at least” match last year’s, and it now looks forward to a higher crop to process in what it refers to as next year’s production, in 2019-20.

“Next year’s production is expected to be higher than this year, with an improvement in beet yield more than offsetting the reduction in crop area,” it said in a statement.

The group added that EU sugar stocks are shrinking because of a fall in the EU crop area and this could underpin higher spot sugar prices in Europe.

British Sugar gave the update as its parent company, Associated British Foods, issued a trading statement towards the end of its financial year on 14 September. It will report its full-year results on 5 November.