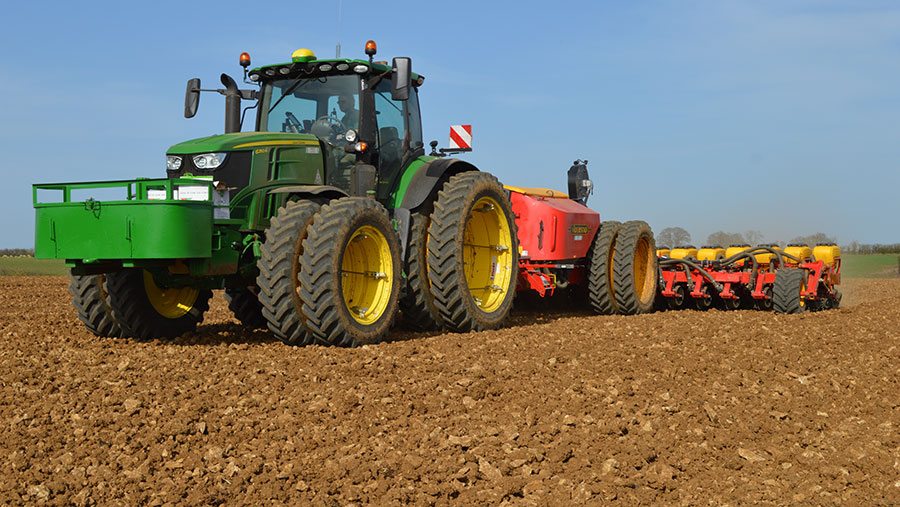 Sugar production from Britain’s sugar beet crop is set to rise more than 10% with a smaller drilled crop area offset by a recovery in yields after last season’s virus yellows-hit beet harvest.

Beet processor British Sugar says good progress was made drilling this season’s crop in March due to favourable planting conditions, and it expects sugar output to be above 1m tonnes after only 900,000t last season.

“Sugar production is expected to be just over 1m tonnes with a reduced planting area compensated by more normal yields,” the group said.

Last season, the sugar beet crop was hit badly by virus yellow disease which is spread by aphids, but prolonged cold weather in February this year has reduced the likelihood of the disease this season.

This cold spell, which controlled aphid numbers, meant a conditional permit for the use of neonicotinoid insecticides as seed dressings was not needed for the crop.

Neonicotinoids, which have been used to control the virus yellows-carrying peach potato aphid (Myzus persicae), are currently banned from use in sugar beet because of concerns they may kill bees and other pollinating insects.

For sugar beet growers, this will be the third season without the use of neonicotinoids in the crop following their withdrawal from use as seed dressings for cereals and oilseed rape.

British Sugar estimates the sugar beet area will be down 10% this season after the very difficult growing season England’s 3,000-plus growers faced in in 2020, when yields and sugar production fell sharply.

Last season, the crops affected the most by virus yellows were in the Wissington factory area in west Norfolk and the northern part of the Bury St Edmunds factory area. The other two factory areas – around Cantley in east Norfolk and Newark in Nottinghamshire – were less affected.