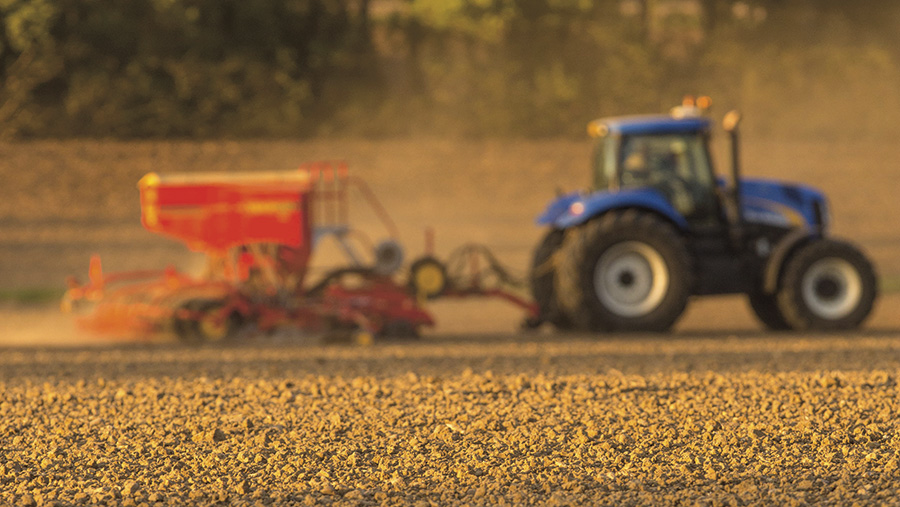 After one of the worst take-all years since the infamous 2012 season, cereal growers are urged to do all they can to reduce pressure this year to avoid yield losses of up to 50% in cereals.

Take-all is a serious soil-borne disease of cereals and typically results in average yield losses of 5-20%, according to the AHDB.

The disease reduces yields by blocking water and nutrient uptake in infected roots and in severe seasons with greater root stress (such as drought) and high disease pressure, yields can be halved.

They use an index, ranging from 0-100, based on a visual assessment of incidence and severity of infection at three growth stages (31, 39 and 75).

This season’s results from eight sites across the UK revealed the average take-all pressure by growth stage (GS) 75 was index 40, well above the past three years, which ranged from scores of 21 to 33.

But the yield impact in wheat and barley could have been much worse, he says.

“Although conditions favoured disease development, many crops had plenty of moisture during early to mid-grain fill so weren’t under much moisture stress. Therefore, we didn’t see the yield impact we might have done if crops had droughted-out in the same way as in 2015.”

Barrie Hunt of Monsanto says although take-all is hard to predict, 15 years of monitoring suggests after a bad year the disease rarely drops away dramatically in the following season and is often comparably severe.

“Incidence is very dependent on the weather though and inoculum can build quickly even from a relatively low base.

“The overarching factor is winter and spring weather.

“Warm and wet winters and springs seem more likely to increase take-all pressure than anything else.”

Inoculum generally builds in the soil during first wheats and mainly infects roots the following year, so successive cereal crops are most at risk, Vanessa McMillan from Rothamsted Research explains.

Dry, hard soil conditions throughout the end of July and August slowed inoculum build-up in many first wheat crops, but there remains a moderate risk of carryover into second cereal crops and growers must minimise the risks, she says. 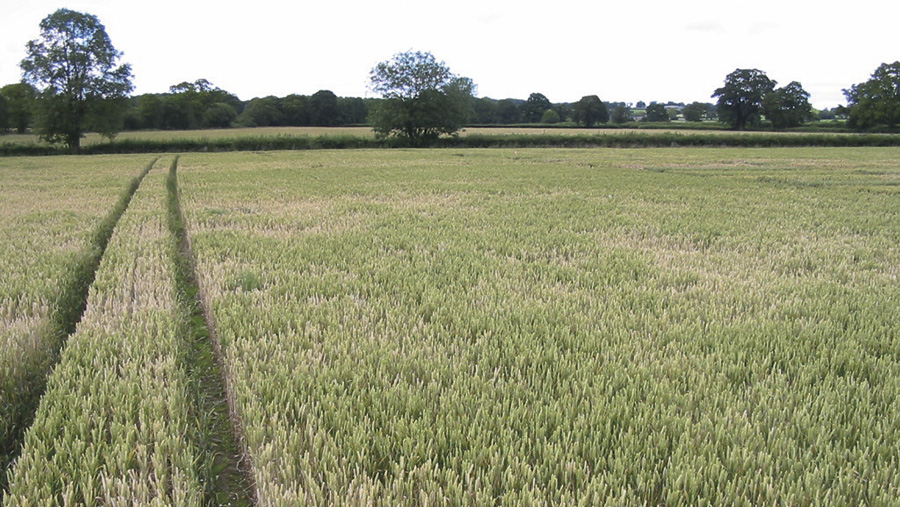 Although take-all is unpredictable, there are a variety of ways to mitigate risks, as summarised below. Success often relies on timely establishment and strong plant growth to help overcome infection damage to root systems.

Delayed drilling is the most important cultural tool for controlling take-all and experts agree that mid-October is the optimum second wheat drilling slot, for both yield and take-all management.

Disease levels, therefore, fall after harvest providing there is no secondary host, such as volunteer cereals or grassweeds, she says.

“Later drilling may be less effective in unseasonably warm autumns though, or if late drilling compromises establishment.”

Any cereal crop can be affected by take-all and there are recognised varietal differences in the susceptibility to infection and impact on growth – some tolerate the fungus on roots better, while others overcome damage better by producing more roots or absorbing nutrients more efficiently.

Latest research also reveals notable differences in how wheat varieties allow inoculum to build-up in the soil during a first wheat crop.

The first year of a Rothamsted project has shown fairly consistent differences in how current AHDB Recommended List varieties allow take-all inoculum to build-up when grown in a first wheat situation, suggesting that first and second wheat choices need to be made together to manage take-all effectively.

“Inoculum build-up is not related to the variety’s susceptibility to take-all as a second wheat,” says Dr McMillan, who acknowledges the reasons why some varieties allow more fungus to build-up in the soil remain unclear.

Analysis of four years of trials suggests the yield of second wheat crops following “good” versus “bad” first wheat disease-building varieties could vary by up to 2.5t/ha in high-pressure situations, however under low disease pressure the difference is just 0.2t/ha.

The project is continuing this season, alongside further research into take-all mechanisms and genetics.

“Ultimately, we’d like to produce a list that ranks varieties according to take-all build-up, but we need consistent results over several seasons and sites to do this.”

For now growers should consider established advice on variety suitability in second or third-wheat situations.

“Varieties behave differently in a take-all situation and although we have a more limiting data set for second wheat performance, we can over time see varieties that tolerate it better,” says Ron Granger of Limagrain.

“Historic varieties such as Istabraq and Panorama have proven performance as good second wheats, while Evolution, Britannia and Santiago – newer additions to the AHDB RL – also perform well,” he says.

“Conditions this year were perfect for the disease and I think it will highlight some interesting differences on the new Recommended List,” says Mr Granger.

Mr Leaper adds Britannia, Leeds, Relay, Skyfall, Solstice and Grafton to the list of good second wheats and advises growers considering any new varieties to sow them as first wheats until second wheat performance has been proven over several seasons.

Barley is affected by take-all, but winter varieties tend to suffer less yield penalty than winter wheats due to the earlier maturity and reduced likelihood of moisture stress, he notes.

Where grass is in the rotation, he also cautions against growing second wheats for at least five to eight years after ploughing-up grassland, as take-all pressure can be severe.

Fungicide seed treatments are a useful way of slowing or preventing early infection of crops sown into moderate levels of soil inoculum and offer the greatest cost: benefit in second or third wheats, says Mr Leaper.

The main options are the specialist take-all treatment Latitude XL (silthiofam), or dual-purpose products such as Galmano (fluquinconazole) or Jockey (fluquinconazole + prochloraz), which offer additional control of foliar diseases, notably rust and septoria. Growers are reminded 2016 is the last season fluquinconazole-based products will be available before regulatory approval expires next June.

“Latitude delays the onset of take-all and severity by creating a zone of protection around the seed, protecting young roots in the early weeks of establishment.

Responding to reports of take-all in first wheats this year, Mr Leaper says it is not usually worth treating first wheat seed, unless there is a particularly high risk of disease carryover from large volunteer or grassweed populations.

Ensuring crops have adequate nutrition – both macro and micronutrients –throughout the growing season is key to improving crop resilience to take-all, says Mr Leaper, who highlights Niab Tag work that suggests early spring nitrogen is particularly effective in stimulating root growth and tillering.

Applying a split dose of nitrogen, with the first as soon as crops start growing in February/March can give an early boost before the main April application, agrees Dr McMillan.

She also recommends maintaining phosphate and potash levels above index two and to correct any deficiencies before the sequence of wheat crops begins.

Mr Leaper advises against applying lime on first wheat stubbles ahead of a second wheat as the spike in pH can favour take-all, which prefers alkaline soils.

Take-all survives on volunteer cereals and grassweeds so these must be properly controlled in break crops to reduce the risk of inoculum carryover into following crops, says Dr McMillan.

Couch grass and brome (annual and meadow types) are particularly good carriers of the take-all fungus.

There are mixed views on the impact of cultivation on take-all. Some work suggests the disease can be worse on “fluffy” seed-beds created by ploughing, while Dr McMillan says Rothamsted trials have shown ploughing can reduce disease pressure by speeding-up the breakdown of root fragments that host the fungus.