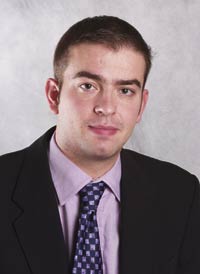 The Whitehall gossip machine seems to be suggesting we will get an announcement from Hilary Benn at the Royal Show on DEFRA’s preferred option for “the introduction of possible measures to recapture the environmental benefits of set-aside following its abolition”.

The smart money is that the voluntary approach, championed by the NFU and CLA, will win the day. It would appear that, at the 11th hour, enough meat has been put on the bones of Option B to make it a serious runner.

It’s fine for the initial farming industry line to be outright opposition to any form of environmental set-aside at all costs, but it seems there was no substantial Plan B when it was clear that we weren’t going to win the argument for no new cross-compliance or stewardship measures. A sketchy voluntary approach was rushed together in time for DEFRA’s consultation in March and we have been scrambling to catch up ever since.

We should have seen this coming. While the debate at all levels has clearly shifted away from “environment at all costs” back to “production agriculture” (there are countless seminars, conferences and papers on a weekly basis on food security – although most people are suitably vague about what the term really means) the emphasis of policy instruments remains to correct market failure – usually the provision of environmental services and public goods not provided for by the market.

Yet there is a more important lesson here. As an industry we need to be crystal clear about the continued rationale for public support in all forms – mainly through the CAP – as we approach 2012. Let’s not kid ourselves that the colour of the government – red, yellow or blue – makes a fundamental difference. They all advocate the eventual rundown of Pillar 1 CAP support and its replacement with targeted schemes.

If there is, as I believe, a justification for an element of baseline payments, then, as an industry, we need to be clear what those arguments are and not let the abolitionists make all the running.

But therein lies the problem. The basis of the Pillar 1 support structures – being a mix of income support, compensation payments and payments for public goods – is anything but clear. We need to come up now with a sensible plan setting out a robust policy framework for now until 2020, and do so quickly.