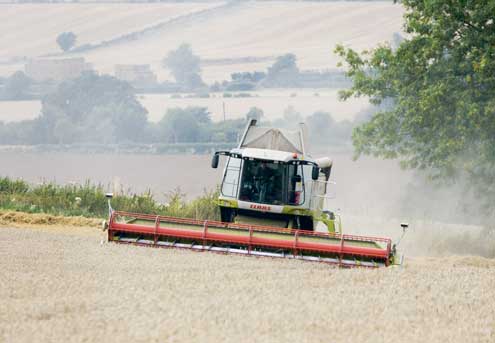 Three Group 1 breadmaking varieties are battling for a place in growers drills this autumn, with the latest addition Crusoe expected to increase its share.

It’s the same choice as last year, but one year on, there’s likely to be a fairly even market share split between the three, predicts Clare Leaman of NIAB TAG. However, she points out that they all have something to offer.

“Growers will be looking to use Crusoe’s good disease resistance to their advantage,” she says. “But it is later maturing than some will want. So they may have to strike a balance.”

For that reason, she sees Crusoe as a good partner variety. “It may well get up to 5% market share in 2013, which shows that it is making steady inroads.”

Gallant is earlier to mature, she points out. “And that earliness has served it very well in some years, especially 2012. It can be a very useful characteristic in a milling wheat and growers will look for it if they want to avoid a long, drawn out harvest.”

Solstice, with its slight yield penalty, sits between the other two for maturity, she adds. “It doesn’t quite match them on disease resistance, but it does have a loyal following and good miller acceptance.”

Having been on the Recommended List since 2002, the area of Solstice is starting to slip back, she adds. “Its market share is waning, but that’s only to be expected after such a good run.”

The Group 2 category has been quiet in recent years, notes Mrs Leaman. “The exception is Cordiale, which still gets growers a good premium with its top end quality and miller demand.”

Another variety which has stood the test of time, Cordiale is in a unique position in Group 2, with none of the others having the same end user following, she summarises. “It’s been so reliable, both for growers and millers.”

For variety consultant Mike Jeffes, Cordiale is the pick of the bunch. “It’s the most likely of the quality types to achieve specification. And it’s got the earliness, straw characteristics and yield reliability that growers want.”

George Mason of miller Heygates picks out Cordiale and Panorama of the Group 2s. “Cordiale is the preferred Group 2 for all millers, but we have also found a place for Panorama.”

New in this sector is DSV’s Chilton, which comes from the company’s German breeding programme. The highest yielding milling variety on the Recommended List, it also boasts one of the best specific weights.

“Chilton’s arrival may spark grower’s interest in this type of wheat,” says Mrs Leaman. “But it needs the backing of a miller to really get it going.”

To date, Chilton has been very consistent in trials, she says.

George Mason notes that Chilton has a good specific weight and is at the top end of the yield range. “At this stage, it seems comparable with Einstein on quality.”