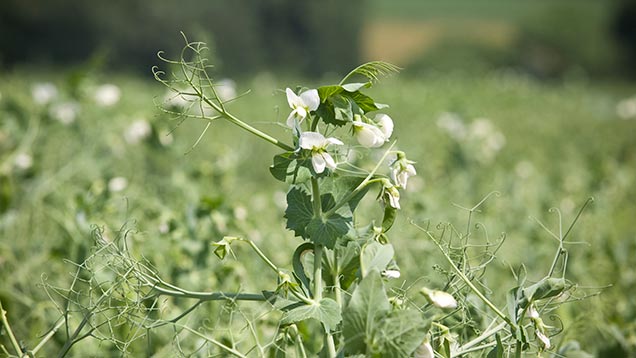 Two new winter bean varieties and one combine pea variety made the growers’ new Recommended List as pulses look set to gain in popularity this season.

Two new winter beans for human consumption use,Thor and Saracen – both from breeder Limagrain – are being added to the 2015 Processors and Growers Research Organisation (PGRO) list.

In combine peas, the large blue pea variety Bluetooth from LS Plant Breeding was added to the list with a yield of 101% just below the top-yielding Campus and Prophet (both 102%).

In spring beans, there were no new additions, with Vertigo (106%) and Fanfare (104%) gaining full recommendation and set to be the most popular varieties along with market leader Fuego (99%).

Stephen Belcher, PGRO principal technical officer, says pulse crops are some of the most profitable combinable crops, with 2015 gross margins for marrowfat peas of £719/ha, blue peas at £714/ha, winter beans at £649/ha and spring beans at £618/ha, according to the Farm Management Pocketbook 2015.

He is hopeful of an increased pulse area this season due to growers using peas and beans to meet new EU greening measures and as an alternative to oilseed rape, which was often difficult to establish this autumn.