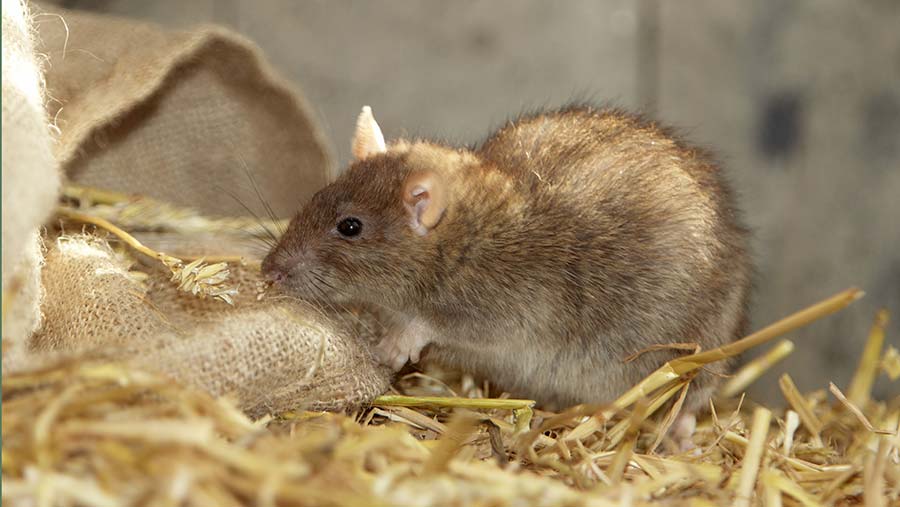 Growers now have just a matter of weeks until they will need to show a certificate of competence to buy rodenticides for outdoor use.

From the start of April, new EU legislation comes into force, affecting any farmer, gamekeeper or professional pest controller who has not already been through the necessary training to obtain a formally approved certificate.

Campaign for Responsible Rodenticide Use chairman Alan Buckle says the new rules come as a response to “substantial evidence” that UK wildlife species are being contaminated by pest poisons.

“We are finding very widespread contamination of wildlife species – sometimes up to 90% of a population can carry residues of rodenticides.”

Dr Buckle explains that growers wishing to control farm rodents outside will have to either hire a professional pest controller or train to get a certificate of competence, allowing them to continue to buy rodenticides to use themselves.

However, he notes that farmers who are members of a UK farm assurance scheme, which has a structured, documented and audited programme of rodenticide pest management, will be automatically compliant with the rule changes.

Farm-assured growers can show proof of their membership, rather than the certificate of competence, to purchase rodenticide products.

Dr Buckle explains that anti-coagulants, one of the most popular and effective rodenticide options, have now been labelled as “candidates for substitution” by the European Commission, meaning alternative options should be used where possible.

“They are at the highest risk of being banned, but we believe there are no cost-effective alternatives to anti-coagulant rodenticides at this time.”

He advises growers against permanent or speculative baiting and says that long-term baiting should be used as a “last resort”, only if human health is at risk.

Growers can make use of a free, self-study training course on rodent control to help them become certified to use professional rodenticide products under new rules.

The rodent control hub is funded by AHDB and was developed in partnership with other industry organisations including the British Poultry Council, NFU and NFUS.

For more information on the rodenticide test and the certificate of competency, visit Lantra’s rodent control website.