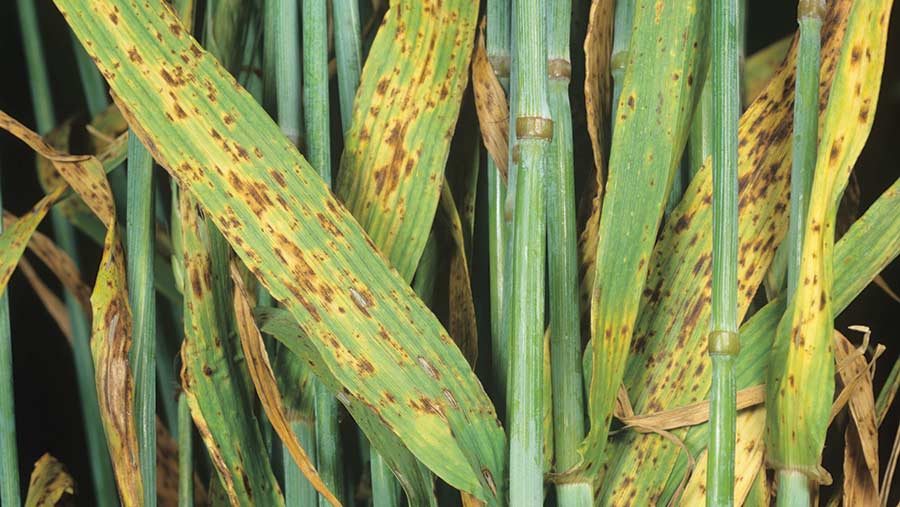 Correctly identifying ramularia in barley is a vital part of its control, as symptoms can easily be confused with other diseases.

The foliar disease has been gradually spreading across the world, appearing in the UK in the 1990s while Australia saw it for the first time last season.

It can cause crop damage, particularly to the upper leaves after flowering, leading to extensive losses in yield and quality. Trials have shown yield losses of up to 0.5t/ha in barley.

However, ramularia leaf spot can be easily mistaken for net blotch, or physiological stress during the earlier stages of the disease.

Consequently, Fiona Burnett, disease expert at Scotland’s Rural College, believes the disease is being under reported due to unfamiliarity with symptoms.

“Accurate diagnosis is key, as farmers need to build up their experience of the disease,” she said.

Prof Burnett says there are five key rules to distinguish mature symptoms from the other foliar diseases seen in barley crops.

For more on how to manage the disease this spring, see the 26 February edition of Farmers Weekly magazine.