Poor cereal and oilseed prices are forcing farmers to question their input costs ahead of next season. While fuel and fertiliser prices have fallen, chemical prices have continued to rise.

With resistance to chemicals on the rise, one question being asked in particular is whether the return on investment is really worthwhile. And if so, where can growers source products at the lowest possible price? 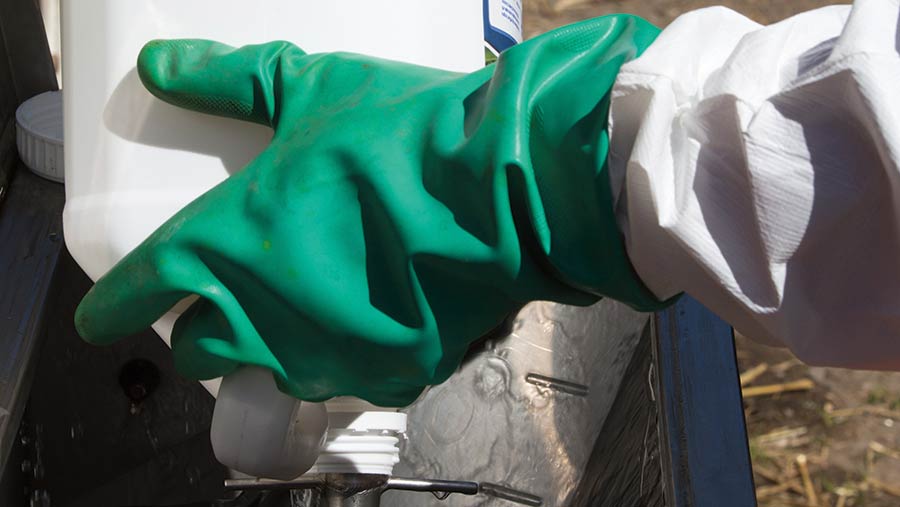 Over the past five years, the average price of fungicides has jumped by about 14%, with herbicides up 11% and insecticides 6%.

At the same time, feed wheat prices have halved, while ammonium nitrate values have declined by about 54%. So why the disconnect?

According to Barrie Hunt, technical manager for crop protection at Monsanto, agchem prices will vary according to global supply and demand. For example, the basic white-label glyphosate price has dropped by more than 45% over the past 18-24 months.

“The global economic situation will drive the cost of the chemistry, too. And older products, once off patent, frequently result in generic copies, which typically drives prices down,” he adds.

The state of the farming sector will clearly affect demand, with strong profits boosting use and sending prices higher.

“The agricultural environment is subdued at the moment and on marginal land, where farmers are spending £100/ha on blackgrass control and £100/ha on fungicides, they will start to question that expenditure.”

However, manufacturers clearly need to make profits themselves to cover the expense of developing and licensing new products, which can cost £200-300m each, says Mr Hunt.

The manufacturing and licensing process is extremely complex, often involving a series of different factories across the world.

Typically, new products are priced just above the level of the goods they are replacing, but the cost of licensing new products in the EU can be prohibitive, with manufacturers instead focusing on larger markets such as the US and Brazil.

“I doubt we could afford to bring Roundup to the market today,” says Mr Hunt.

“With so many different countries and regulatory systems, as well as strict environmental guidelines, it has unfortunately stopped a lot of good products from coming here.”

Even so, there remains strong competition between manufacturers in the EU, which should ensure their prices remain competitive.

“And the specification and labeling is also very tightly controlled, so what it says on the label is what it has in the can.”

So does this mean that farmers can opt for cheaper copies rather than the more expensive original products?

“It depends on the source and quality. Generic versions often work comparably with the originals, but we have had 40 years of development on Roundup, so we would argue it has improved significantly compared with the original version.”

According to Alex Collingwood, UK business development manager at Monsanto, new innovations, especially in the fungicide sector, are behind much of the increase in average prices over the past five years.

“These increased costs are usually justified with return on investment through increased yields,” he says.

Things are starting to change, however, with some significant active ingredients such as epoxiconazole and flufenacet reaching the end of their patents in recent years.

“We are starting to experience a more generic marketplace, which would typically decrease costs,” says Mr Collingwood.

“Moving forward, in the short term we may see stable pricing and potentially even a slight decrease due to fewer numbers of blockbuster chemistry in manufacturers’ pipelines and more key ingredients going off patent.

“One factor that may change this is Brexit; a weaker pound/euro and the uncertainty it may bring to manufacturers’ costs.”

David Neale, crop marketing manager at Agrii, says one way to decrease input costs is to select the right crop variety, with good resistance to the most prominent diseases in your region.

“To control blackgrass, look at changing your cropping, delaying drilling and other cultural methods. Don’t just do what you have always done – you have to ask yourself which direction your farm is going,” says Mr Neale.

Richard Levin, partner at consultant Brown & Co, recommends separating the cost of agronomic advice and chemical purchases, even if using the same firm for both services.

“You want good agronomic advice and effective buying – if you split the two it is more transparent.”

Buying groups can reduce input costs, but they are volume driven and receiving a year-end rebate means it can be hard to compare individual product costs, he adds.

Large farms that are close to a delivery depot may find it cheaper to buy direct – but the best option is to speak to neighbouring farmers and advisers to compare prices.

“Your agronomist should also be able to advise you whether to go for the branded option or a cheaper alternative,” says Mr Levin.

‘Why spend on something that isn’t working?’

“The cost of products is just going up and up, and yet we are still getting resistance, even to chemistry we have never used before,” he says. 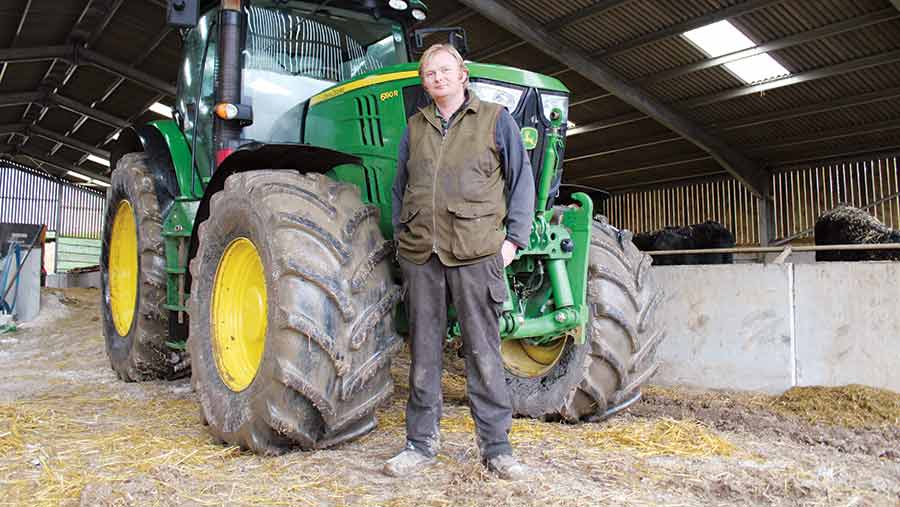 “The cost of older products doesn’t seem to come down far – it’s just profiteering at a time when cereal prices have dropped through the floor.”

This year Mr Brown has cut the cost of chemicals to £160/ha and next year it will be zero, as he has made the decision to convert to organic production.

“What is the point of spending that much money on something that isn’t working? With improved genetic resistance to disease, it makes for a very expensive insurance policy.”

Having reverted to cultural methods of blackgrass control in the absence of effective herbicides, Mr Brown was already on his way to organic methods.

“We decided, why not go fully organic and get the market premium? Our cashflow will be unrecognisable without such big lump payments for fertiliser and chemicals,” he says.

“We did the costings and with the conversion grant, we will be £70,000/year better off.”