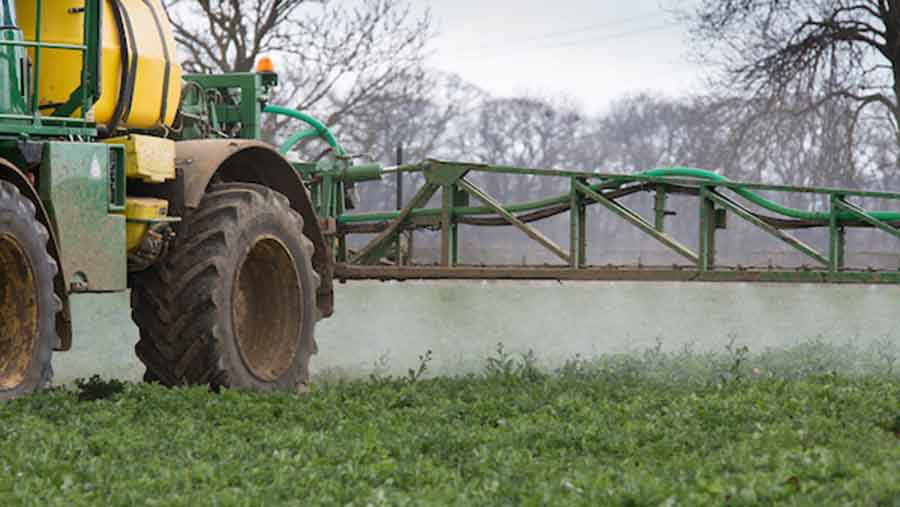 Conservative MEPs have condemned a European parliament decision to set up a new special committee to review the EU’s authorisation process for pesticides, with a particular focus on glyphosate.

The new committee has 30 members and has given itself nine months to examine the licensing procedures, in particular whether there are any failures in the way substances like glyphosate are approved.

Glyphosate had its licence renewed by EU member states last November, following a prolonged debate about whether it could cause cancer or not.

See also: How to prevent glyphosate resistance in blackgrass

The International Agency for Research on Cancer had suggested in 2015 that glyphosate was “probably carcinogenic”, but this was rejected by the EU’s own European Chemicals Agency (ECHA) and the European Food Safety Authority (EFSA).

The European parliament has since expressed reservations about the approvals process, complaining that the ECHA and EFSA include unpublished studies prepared by the agrochemical industry in their assessment.

In October 2017, MEPs called for glyphosate to be phased out by 2022, and for all risk assessments to only be based on published, peer-reviewed studies.

The new committee now wants to ascertain whether there are any conflicts of interest in the way pesticides are currently approved and also whether agencies such as the ECHA and EFSA are adequately staffed and funded.

But not all MEPs are happy with the development, suggesting the current system is already independent and robust.

“It is regrettable that there are individuals in parliament who remain determined to ignore the science and keep kicking this particular political football,” said Conservative MEP Ashley Fox.

“We believe the EU already has a system for examining and licensing pesticides, which is fit for purpose. It places scientists front and centre, not politicians with an axe to grind or a campaign to advance.”

But the Soil Association has welcomed the move. “Pesticides are not given the same scrutiny as new human medicines yet have huge potential health impacts,” said policy officer Sam Packer.

“Many of the chemicals within pesticide mixes are additions to the main ingredient – known as adjuvants – and are not tested, although some have been found to be more toxic than the active pesticide ingredient itself.”