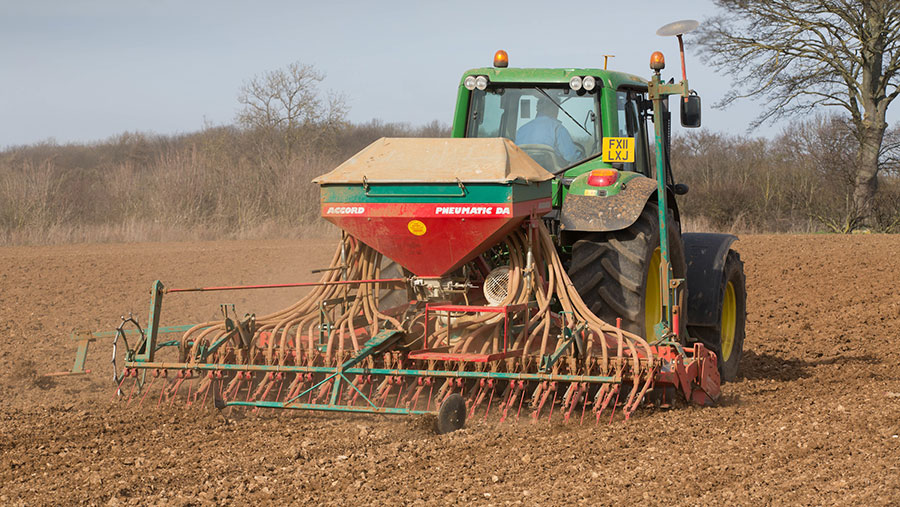 April is fast approaching and most of the spring crop seed is still in the shed waiting to be drilled, seed potatoes remain unplanted and fertiliser is still yet to be applied to hungry crops.

This is due to the late, cold spring and, as one Essex grower told Farmers Weekly, it has been the second wettest start to a year in the past eight, with 147mm of rainfall having fallen on his land by mid-March.

As a result, the idea of spring drilling and getting crops in the ground has been somewhat far-fetched for many, over the past few weeks, meaning there is now a substantial backlog of work.

However, as the cold temperatures start to lift and the soil moisture decreases, tractors and seed drills have finally begun to venture out into the fields across the country.

We look at some of the tweets which have appeared over the past few days, as the nation’s farmers breathe a collective sigh of relief and try to catch up before the next shower.

And we are off ! New drill and no-till in south Lancs. #750a #rootsnotiron #Conservationagriculture pic.twitter.com/ebFUfqTKbo

Busy ol day! FINALLY got planting, at least the beet drillman had a huge day. Now to sit tight and see what rain we get… pic.twitter.com/oDTrgtsxde

A lot going on. This setup is part of 22 metres drilling peas today pic.twitter.com/FufAJdaS6b

It’s not just seed drills, that have been making their long-awaited appearances in UK fields, with sprayers and fertiliser spreaders also benefiting from the improved conditions.