Opting for a high-value niche crop is one way to head off the likely premium squeeze resulting from the bulging acreage of the go-to spring options such as spring barley and beans.

This is highlighted in the AHDB’s recent Early Bird Survey of cropping intentions for harvest 2017, which shows that Great Britain may be on track for the second-largest spring barley crop since 1997. Pulses are also predicted to remain well above the five-year mean.

So what other options do growers have? Crops spoke to two growers using canary seed and red wheat grown on contract with specialist crop company Premium Crops to meet their unique rotational requirements. 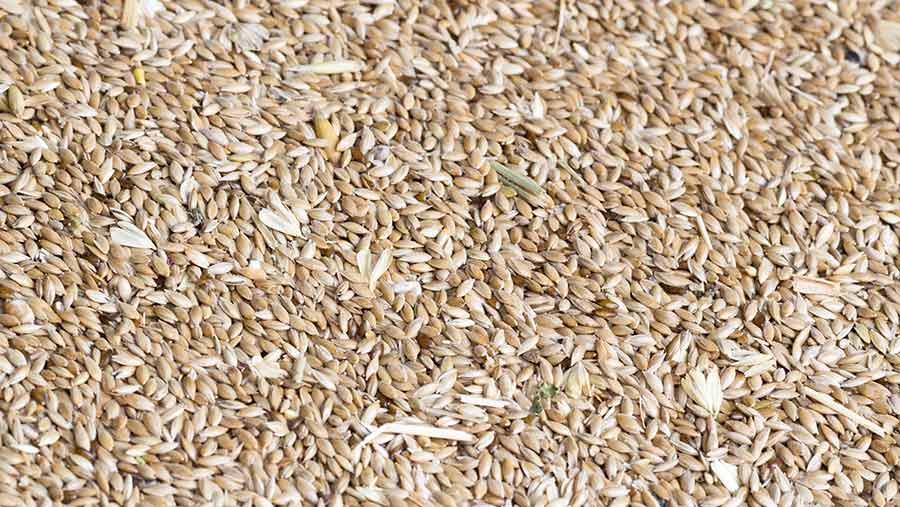 A growing blackgrass population on Weald clay soils with inherently low wheat yield potential meant throwing money at the problem was not an option for Surrey-based grower Michael Pinard.

As well as making his own no-till drill to avoid disturbing blackgrass seed during the establishment process, he decided to look at alternative crop options.

In 2014 he set about finding a spring crop that could be drilled later than conventional spring cereals to allow maximum pre-crop blackgrass control. Canary seed fitted the bill, and the farm now grows about 15ha of the crop.

Phalaris canariensis is from the Poaceae family, which includes cereals, and is a large, coarse grass originally from the Mediterranean region. Its small, shiny brown seeds are used in bird seed mixtures.

Mr Pinard explains that canary seed isn’t drilled before early April, so he can wait for ideal planting conditions and a good chit of blackgrass ready to be sprayed off with glyphosate.

Alternatively, if little comes up he reckons you can also wait as long as possible after drilling before spraying off to clear as much grassweed out as you can before the crop comes up.

“It’s a slow burner and isn’t competitive in the first three weeks or so of growth, but once it reaches tillering it goes like the clappers and blackgrass doesn’t stand a chance.

“We have to try to get on top of our blackgrass problems. Canary seed drills late well and the figures stack up too,” explains Mr Pinard.

Premium Crops has the UK market for canary seed tied up and growers must seek a contract with the company before growing it, but if agreed the crop can provide relatively good returns.

Mr Pinard says growing costs are low, with an application of about 75kg/ha of nitrogen meeting nutritional requirements, with maintenance dressings of phosphate and potash applied when required.

“We don’t have grade 1 arable land, so it suits us well. You aren’t going to make a fortune – but on this land, compared with other break crops such as peas and beans, you can make some money,” says Mr Pinard.

Like several specialist crops, there are no fully approved pesticides to use in canary grass, so growers rely on an Extension of Authorisation for Minor Use (Eamu) for various products.

Granular herbicide Avadex (tri-allate) can be used to help tidy up grassweeds, while Mircam Plus (dicamba + MCPA + mecoprop-P) is available post-emergence to tackle any spring germinating broad-leaved weeds.

“We had to use a fungicide this year as the mildew was terrible after 14in of rain in June and a hot spell afterwards, but we wouldn’t normally need to,” says Mr Pinard.

Otherwise, pest control is rarely required and a plant growth regulator programme is satisfied by trenaxypac-ethyl. Glyphosate product Roundup is permitted for desiccation – something Mr Pinard says is necessary.

“It starts to come on towards harvest at the end of August. You need to work out when you are going to burn it off and it’s cut in about mid-September. It is a piece of cake to combine,” he adds. 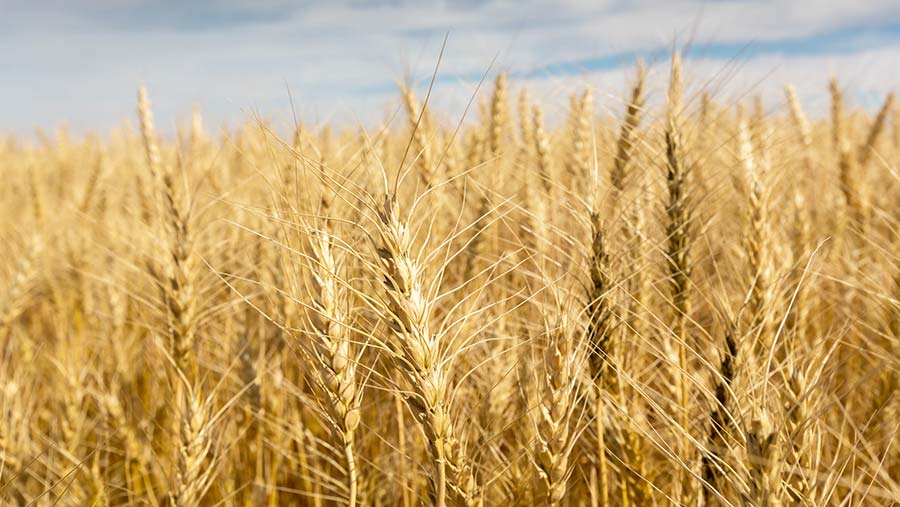 Looking for a crop that could fetch a premium from his flood-prone land along the River Severn, Gloucestershire grower Luke Chamberlayne turned to spring-sown red wheat.

A proportion of the farm’s 400ha of cropping is across low-lying alluvial soils unsuitable for drilling in winter and early spring because of regular flooding, so Mr Chamberlayne needed a crop with a flexible drilling window.

If his flooded soils dry out quickly, it is possible to drill in mid-February, but it is more likely to be mid-March onwards – and conventional spring wheat and barley yield potential is eroded when planting beyond that point.

“Red wheat yields well when drilled from mid-March through to early April, so that flexibility suits us.

“The biggest yield we have had is about 6.1t/ha in a couple of seasons and it’s believed there is the potential to get as high as 7t/ha, but typically it’s 4.5-5t/ha in most years,” explains Mr Chamberlayne.

He adds that it also requires more moisture-retentive soils than other cereals, so the soils on the flood plain allow him to get the best out of the crop.

Being hard milling wheats with high protein, red wheat varieties such as Infinity or AC Barrie can command a premium, replacing imported Canadian miller’s grist and providing an opportunity to label the crop 100% British.

Mr Chamberlayne says that last year the price did slump a little, but still commanded a higher premium than conventional milling wheats, which more than counteracts the slightly lower yields.

“Since we can’t drill conventional spring cereals early for maximum yield in a proportion of our land, we will continue to grow it if the price is right as it is more profitable,” he adds.

In general, red wheat gives a protein level of about 15%, but has slightly lower fertiliser requirements than conventional spring wheat. Mr Chamberlayne typically apples about 160kg/ha of nitrogen in two splits, plus about 40kg/ha of sulphur and a similar dose of potash.

The fungicide programme is more like that of a conventional spring wheat, with a three-spray programme being typical, but it is the timing of plant growth regulators and mildew that pose the biggest challenges.

“Once it starts growing, it races through the growth stages very quickly, so plant growth regulator timings are crucial. It is also susceptible to mildew.

“The only other concern is ergot, so you need to keep on top of grassweeds to decrease the chances of it developing,” explains Mr Chamberlayne.

Grassweed are tackled using a residual pre-emergence herbicide, with products such as Liberator (flufenacet + diflufenican) now fully approved for use in spring wheat, while there is also an Eamu for Atlantis (iodosulfuron + mesosulfuron), allowing a second bite at any grassweeds in the crop.

Mr Chamberlayne says blackgrass is a problem on parts of the farm that grow winter crops. He does see it in his spring crops too, along with spring-germinating wild oats and meadow brome.

“Atlantis is still working OK in our winter crops and – even more so in spring – so in ideal growing conditions it has a good effect. Being a spring crop, you can also get good pre-crop control.”

He adds that the crop stands well and is early maturing, fitting tidily on the end of the winter wheat harvest, so works well logistically too.

“We have been growing canary seed and red wheat in rotation on the flood-prone land for a few years now and growing them back to back isn’t ideal.

“With that in mind, we might try and to more of a balance in that spring rotation by growing pulses from time to time so yields are more stable,” adds Mr Chamberlayne.