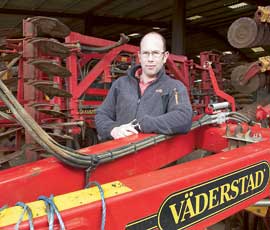 Farmers in the UK are more optimistic about the future of agriculture than their German and French counterparts, a survey has claimed.

The survey canvassed more than 3,000 European farmers and found that almost 60% in the UK planned to invest in their farms in 2011.

Only 50% of German farmers and just 21% of farmers in France, had enough confidence in agricultural markets to consider investing.

But confidence among farmers on smaller holdings (under 200ha) was lower than on larger units across all three countries.

In France, there was minimal difference between the two farm enterprise sizes: 25% of larger holdings compared with 20% of smaller holdings investing.

The twice yearly survey was carried out by Independent Business Resource for a pan-European group called TrendMonitor.

The latest results also showed that optimism had increased across Europe since the previous survey, six months ago.

In the autumn 2010 survey, 36% of UK farmers considered the economic climate for agriculture to be “good” or “very good”, compared with 20% of farmers in Germany and just 8% in France.

Farmers were also quizzed on whether they intended to invest in renewable energy. Germany showed the highest level of intent with 34% of farmers responding positively.

In the UK only 18% of farmers and France 15% of farmers were planning to invest in renewable energy.

• Are you feeling confident? Have your say on our FWiSpace forums.