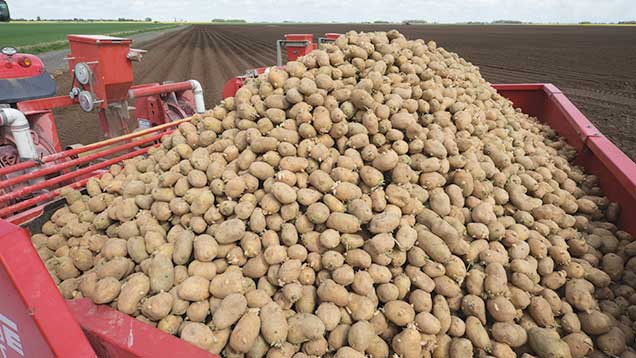 Q GB potato plantings fell by 6.6% in 2015 to the lowest area on record, according to estimates by AHDB Potatoes.

At 113,100ha, production was likely to total about 5m tonnes. “Growing conditions have been less than ideal, so yields are unlikely to reach levels seen in 2014,” said the report.

Plantings in GB, Belgium, Netherlands, France and Germany, excluding seed and starch, were down nearly 4% on the year, at 527,200ha, mainly due to low prices. “The first production estimate for the five countries was lower than 25m tonnes, 12.4% less than last year.”