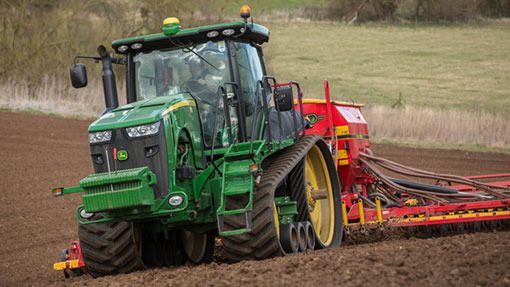 Some 30% of spring barley drilling is complete in the UK with most progress in the drier east of the country and very little sown further north and in to Scotland.

About 75-80% of the planned area is drilled in the South East, the East and Yorkshire while further west about 50% is drilled, said crop scientist group ADAS in its March arable crop report.

Although some barley has been drilled in March in northern England and Scotland, most of the spring crop will be sown in April, the report added.

Drilling progress nationwide is ahead of last year when the cold wet spring saw only 15% of spring barley drilled in March, but in the previous three years the drilling figure was higher at more than 40%.

About 20% of the planned spring oats drilled area is complete with the majority of sowing to date in the South East, South West and Yorkshire.