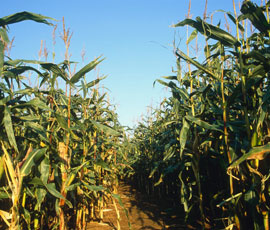 Demand for corn (maize) going into US bioethanol production has reached a plateau and is no longer a main reason for being bullish about world markets, according to one industry expert.

Some 41% of the US corn crop goes into ethanol production, but the industry had hit a “bled wall” of 10% and could no longer blend any more bioethanol with conventional petrol, economist Dan Basse told the arable conference at Cereals 2012.

In addition, he said that petrol demand was falling in the USA as drivers turned to more fuel-efficient vehicles. Potentially this could result in an oversupply of ethanol and put pressure on corn prices, with any surplus having to find a home on export markets. Last year, the biggest buyer of US ethanol was Brazil, after it switched more cane into sugar production to take advantage of higher world sugar prices, he said.

“Ethanol is not a reason for being bullish on maize, but demand in China is,” he added.