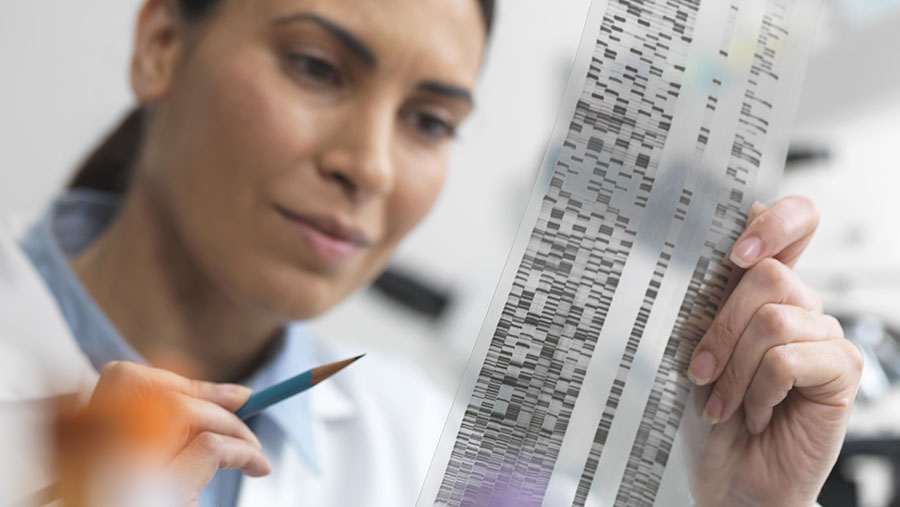 US regulators have ruled crops altered using gene-editing techniques do not need to come under the same restrictions as genetically modified organisms (GMOs).

Although there has not yet been a decision taken on the issue in Europe, scientists in the UK have greeted the US department of agriculture’s (USDA) move with relief.

Ahead of the ruling, UK researchers here had been concerned the USDA would place gene editing within the same lengthy regulatory process as GMOs.

And they feared such a move would sway the EU Commission towards adopting a similar stance.

Now though there is renewed optimism, especially after the European Court of Justice suggested in January that the simpler gene-editing technology was different to full modification.

Huw Dylan Jones of Aberystwyth University said GMO research had been frustrated for years by regulatory constraints and dogged by a negative association with the public.

“The USDA decision sends a clear and positive message to the EU that gene editing should be treated differently,” Professor Dylan Jones said.

He explained that gene editing involved making only small changes or cuts in a plant’s genes.

“Gene editing makes use of traits that are already present within the same plant species so it is more like conventional breeding,” he explained.

The advantage is this form of breeding could speed up the selection and development of a desirable trait.

This could lead to savings in seed production costs which could be passed on to the farmer, he suggested.

Among the farmers who could benefit are upland livestock producers who use tough ryegrass swards.

Gene editing work on these species has already focused on early seed shatter – an issue that causes heavy losses during production and adds to costs.

“With cereal crops, we have bred out early seed shatter over thousands of years. But in ryegrass production growers either have to harvest seeds before they mature or use expensive recovery methods,” Prof Dylan Jones said.

“Now we have located the gene responsible in ryegrasses for early seed shatter, we can alter it simply to hold on to the seed longer,” he added.

Other traits which could be bred more quickly are pest resistance, heat and drought tolerance and nutritional benefits.

For example, in oats the genes could be altered relatively simply to boost beta-glucan production – a soluble fibre known to reduce cholesterol levels.

How does gene editing differ from genetic modification?

In simple terms, genetic modifications are created by introducing DNA sequences from other species.

But gene-editing only changes a plant’s existing genome by locating it and making a small alterations through cutting and splicing the DNA sequence.

Gene-editing is simpler and less expensive.

Despite the call to see gene editing as a conventional or non-GMO technique, organic promotion body The Soil Association has said it will continue to oppose its introduction.

Policy officer Honor Eldridge said gene editing was “exactly the same as with other GM crop breeding” and was banned from organic agriculture.

In a statement released by the organisation, Ms Eldridge said: “The position of the organic movement, which is represented by International Federation of Organic Agriculture Movements is clear. All new genetic engineering techniques should be, without question, considered as techniques of genetic modification and all resulting products should be considered to be GMOs.”

She added the UK government should continue to exclude GMs beyond Brexit.

“As a result, all products produced using gene-editing techniques have to remain traceable, labelled, subject to a risk assessment and to the precautionary principle,” Ms Eldridge said.