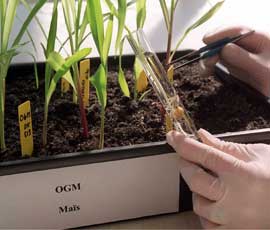 A group of farmers and food processors is asking the US government to examine the potential problems of new herbicide-tolerant crops planned by biotech companies for commercial use in the States.

Over the next two years, Dow AgroSciences and Monsanto are planning to market new genetically-modified crops in the USA, which they claim, when used in combination with new herbicides, could tackle herbicide-resistant weeds.

Both biotech companies say the new crops and chemicals are needed because resistance is increasing to the most commonly-used herbicide, Roundup (glyphosate).

But critics are concerned the ingredients in the new herbicides, 2,4-D for Dow and dicamba for Monsanto, pose an environmental threat to neighbouring crops and fields.

In a bid to prevent possible crop damage resulting from these herbicides, a group of 2,000 farmers and processors has petitioned the US Department of Agriculture (USDA) to carry out an environmental impact study.

The group, called the Save Our Crops Coalition (SOCC), is asking the USDA to assess the impact of a release of new 2,4-D-tolerant maize that is to be accompanied by Dow’s new herbicide mix containing 2,4-D and glyphosate, reports Reuters.

SOCC wants a similar environmental assessment on the dicamba and glyphosate herbicide-tolerant crops being developed by Monsanto.

The coalition said it was not opposed to GM crops, but was seeking a “sensible and effective” review of GM crops with “harmful environmental impacts”.

“We are facing a huge increase in the use of America’s most dangerous herbicides. The federal government ought to take stock of how that would work out,” said Jody Herr, a vegetable farmer from Indiana.

SOCC is confident USDA and EPA will act to address the concerns of a “multitude of growers and processors representing nearly every segment of American agriculture”.