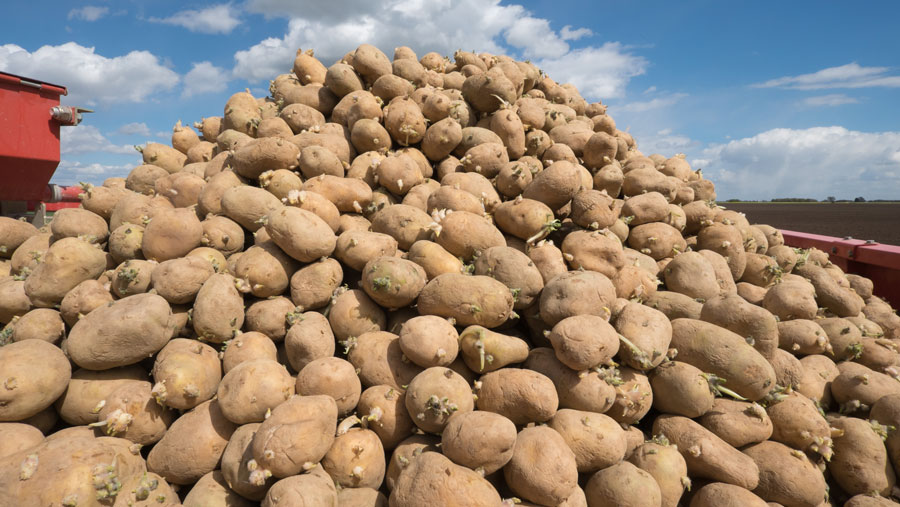 A genetic tweak to the RNA molecule in plants can significantly increase crop yields as well as increasing drought tolerance, new research shows.

In initial field tests, adding a gene encoding for a protein called FTO to both potato and rice plants increased their yield by 50%.

The plants grew significantly larger, produced longer root systems and were better able to tolerate drought stress. Analysis also showed that the plants had increased their rate of photosynthesis.

The research from the University of Chicago, Peking University and Guizhou University has been published in science journal Nature Biotechnology.

“The change really is dramatic,” said University of Chicago Prof Chuan He, who together with Prof Guifang Jia at Peking University led the research.

“What’s more, it worked with almost every type of plant we tried it with so far, and it’s a very simple modification to make.”

The scientists think that FTO controls a process known as m6A, which is a key modification of RNA.

The RNA molecule makes proteins carry out tasks and can also regulate which parts are expressed.

In this scenario, an animal FTO gene works by erasing m6A RNA to muffle some of the signals that tell plants to slow down and reduce growth.

Commenting on the study, Organic Farmers and Growers business manager Steven Jacobs said it was not clear how long it would take to go from the initial findings to a farmer having a trademarked crop variety. Furthermore, the use of an animal FTO gene could prove prohibitive.

One of the distinctions between genetic modification and gene editing is that the former involves the introduction of a gene from a different organism, and is subject to tight regulation.

“It is coming from a mammal, and that would have issues for people wishing to avoid that sort of crossing of barriers, especially religious groups and of course vegetarians and vegans,” Mr Jacobs told Farmers Weekly.

“I think the critical point is that with crop breeding it is really important to look at how different traits work together.

“This study shows just one aspect. We know it doesn’t talk about disease resistance in the plant or any biotic relationships and that is an area increasingly recognised now to be critical to the success of any sustainable food crop.”

Mr Jacobs also pointed to the use of synthetic fertiliser in the trial. “Products, such as ammonium nitrate are highly energy intensive. Sheffield University showed more than 40% of the greenhouse gas emissions in a loaf of bread come from the manufacture and use of ammonium nitrate.”