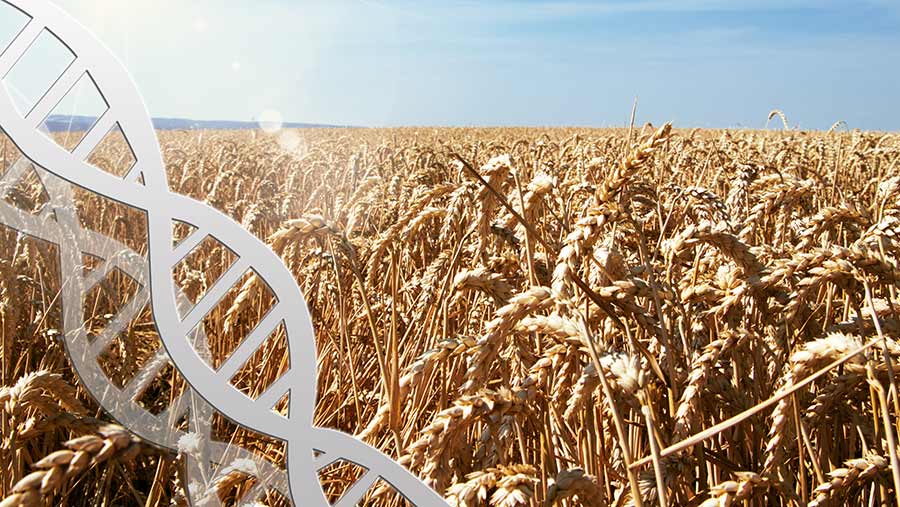 Brussels has taken the first steps towards freeing up the rules surrounding new genomic techniques (NGTs) of plant and animal breeding – a move which should make it easier for the UK to deregulate gene editing as well.

Defra has already embarked on this course, seeking to separate gene editing from genetic modification, making it easier for breeders to use the technique to develop better performing breeds and varieties.

See also: Gene editing the pros and cons for farming

But during a recent consultation, many industry stakeholders warned of possible trade restrictions should the UK break away from EU regulations.

A new study just published by the EU Commission, however, concludes that NGTs “have the potential to contribute to a more sustainable food system” and that “the current GMO legislation, adopted in 2001, is not fit for purpose for these innovative technologies”.

In particular, it sees NGTs helping to deliver plants that are more resistant to disease, require fewer pesticides, are better for the environment and can deal with climate change effects.

“With the safety of consumers and the environment as the guiding principle, now is the moment to have an open dialogue with citizens, member states and the European parliament,” said EU food safety commissioner Stella Kyriakides.

The EU will be launching a full public consultation and conducting an impact assessment in the coming months.

The report has been welcomed by British plant breeders. Niab chief executive Tina Barsby said: “This is great news. The EU study, just published, goes further than many in the scientific community were expecting in highlighting the potential benefits of these techniques in providing faster, more precise access to genetic improvement.”

With Defra already moving towards deregulation of some forms of gene editing for England, Dr Barsby said she hoped the new EU report would encourage the devolved administrations in Edinburgh, Cardiff and Belfast to recognise the “enormous potential” of these new techniques.

European farmers are also encouraged by the EU Commission’s statements, pointing out that some gene-edited crops are indistinguishable from conventionally bred plants.

But seed working group chairman Thor Gunnar Kofoed said speed was of the essence. “This study is only the first step after years of debates already,” he said.

“The commission now intends to launch a consultation process and an impact assessment on the subject. This will take time.

“In the end, it will be farmers who will pay the price of hesitation. I ask the commission to commit itself more strongly and quickly if it believes in the conclusions of its own report.”