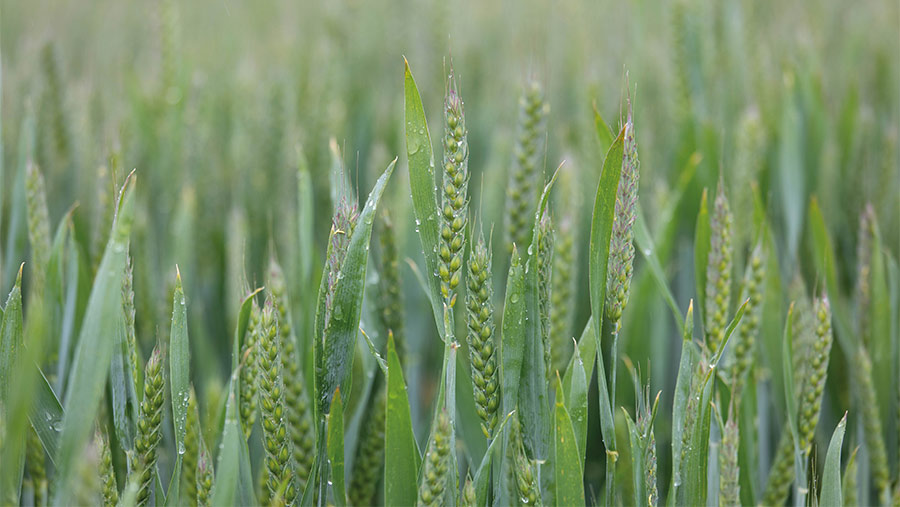 In the coming weeks, growers will be making their wheat variety choices, with disease resistance, local market requirements and leftover seed stock all  influencing their selections.

The loss of the multisite fungicide chlorothalonil and how well the Recommended List newcomers perform in local trials will also have an effect on choices.

Farmers Weekly caught up with five growers, from Aberdeenshire in the North, to Shropshire in the West, and Bedfordshire in the South.

With only one wheat storage shed at JR Lay Farms, Mr Lay takes full advantage of the strong demand for feed wheat from local mills, but also looks for low-risk varieties that allow him to reduce inputs and keep costs down.

For that reason, a variety’s untreated yield is of interest to him, as is its septoria score. 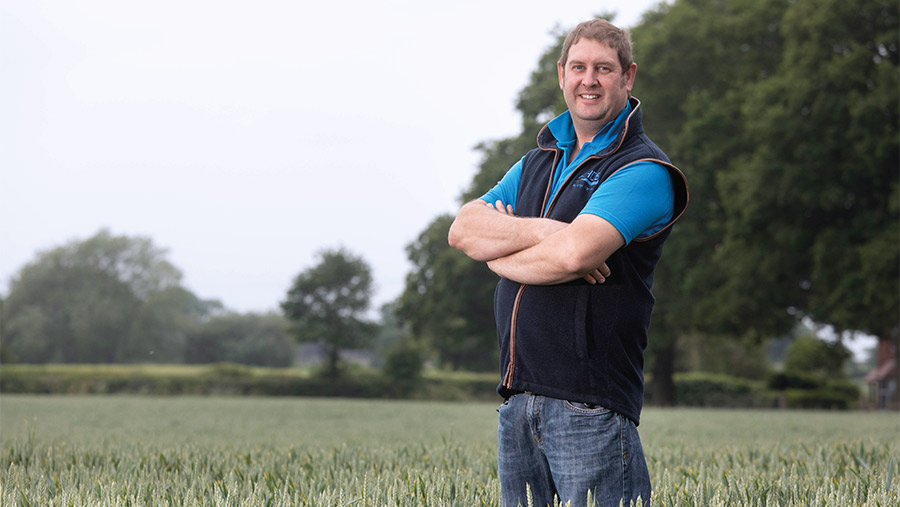 “Yield is important, but we are looking for ways of getting that without having to spend too much,” he says. “Varieties with higher disease-resistance ratings and consistent results across different seasons help with that aim.”

In most years, he grows four or five different winter wheat varieties across 170ha. This year, he has Dunston, Costello, Extase, Graham and Gleam in the ground, all of which have a septoria rating above 6, but on a reduced wheat area of just under 100ha.

“Like many others, we were beaten by the wet autumn and winter weather in 2019 and didn’t get all of our winter wheat drilled,” recalls Mr Lay.

Except for Extase, which he is growing for the first time, the other four varieties have all performed well on the farm in previous years.

“Our experience is that Costello is a good all-round variety which works in a low-input system and produces bold grains, while Graham has done very well for the past two years,” he says.

“Both Gleam and Dunston are being grown in the second wheat position and monitored for any signs of yellow rust.”

He plans to drop Dunston for this autumn, after four years. “We will probably increase our Extase area in its place and stick with the others. Final decisions will be made later this month.”

Without local trials visits, he intends to make use of the new Recommended List variety selection tool, but does not feel restricted to only growing recommended varieties.

“As we are growing for the feed market, there is more leeway and we are not tied to any Nabim category. They just have to pass the test at intake.”

With no winter wheat in the ground this year, North Lincolnshire grower Chris Hewis already has his varieties for 2020 drilling in the barn.

Even if the season had been different, and his original cropping plans had come to fruition last autumn, his decision-making process would be the same when it comes to selecting winter wheat varieties, he maintains. 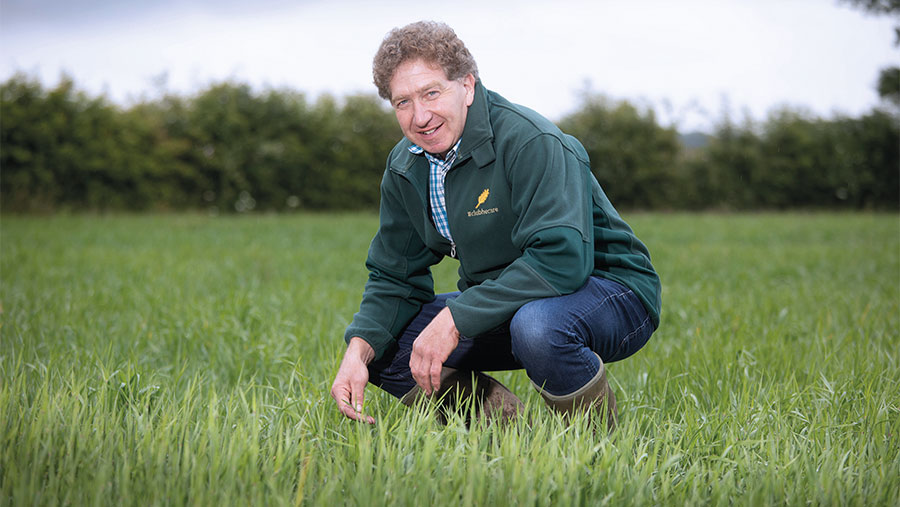 As the farm is only three miles from the docks at Immingham, all of his wheat goes on a ship for export. If the export market isn’t operating, it gets diverted to any of a number of local feed mills.

“I look for yield and disease resistance,”Mr Hewis says. “Having some in-built genetic protection against septoria is important – with the latest variety offerings, there’s no need to compromise yield for septoria resistance.”

Having said that, Dickens has been a long-time favourite of his, as it tends to attract a small premium at the mill. “It’s always performed very well on the farm, but its septoria rating is a bit lower than I would like now.”

Otherwise he will be growing Firefly and Gleam – both chosen for their local trials performance and ability to produce a high untreated yield. He is aware that Firefly’s rust scores have changed since he purchased the seed, so he will be keeping a watching brief.

Being a member of a local agronomy group is also helpful, as it gives him greater insight into which varieties do well in his part of the country.

“Seeing them grow and talking to other farmers about their experience with varieties are invaluable,” Mr Hewis says. “I then use the Recommended List as back-up and check for other characteristics such as standing power and height.”

This year, he is having to rely on regular Zoom meetings for his agronomy updates, which has been working very well. “We still have a good discussion and get an expert view on the development of varieties.”

Mr Hewis is happy to grow varieties that aren’t recommended if they show promise for his soil type and area. “I grew Marston for quite a few years and it did very well here.”

Both hard and soft endosperm wheats are grown by Phil Meadley at M Meadley and Sons near Driffield, which supplies a local mill producing biscuit flours.

Most years, Mr Meadley has 150ha of winter wheat in the ground, but the very wet autumn and winter means that there is 100ha this year – almost half of which is the flexible soft wheat, Belepi, which was drilled in the spring. 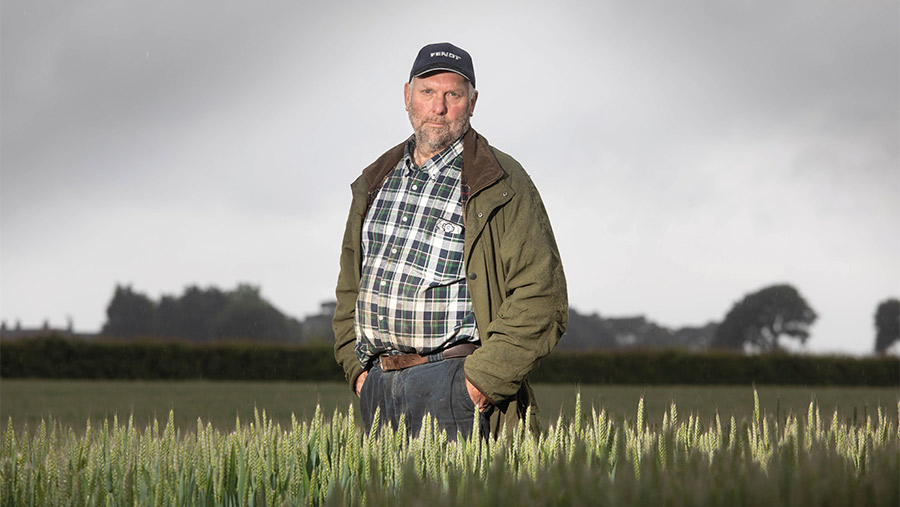 He also has a mix of Graham, Firefly and Gleam on the farm, as well as 12ha of newcomer Saki, all chosen with the help of his agronomist and by assessing their local performance.

Orange wheat blossom midge resistance is an important characteristic in his variety considerations, while the loss of chlorothalonil and pressure on other fungicides is putting more emphasis on disease-resistance scores.

“All of our spraying is done by contractors,” he says. “Extra passes are an additional expense, so resistant varieties have an important role to play in keeping our costs down and simplifying management.”

For that reason, Mr Meadley is interested in the potential of forthcoming barley yellow dwarf virus-resistant varieties, as he looks to further reduce pesticide use and exploit genetic protection.

Decisions about next year’s varieties will be made in July, he anticipates, but with seed of both Extase and Gleam left over from last autumn, he already has about half of the business’ seed requirement on the farm.

Good use is made of his agronomist and the Recommended List for this purpose, but he finds “manicured” trials less helpful for showing how varieties perform. He also maintains contact with the Bradshaws mill in Driffield, which is only nine miles away, as it often specifies varieties for specialist uses.

“If they want a certain variety which isn’t on the list, that’s fine with us. The only constraint is with our storage, as splitting out individual varieties is difficult.”

Limited combine capacity means that straw can be a hassle, explains Mr Meadley. “We look for short, stiff varieties,” he says. “Ease of harvesting is important on this farm.”

Easy-to-grow Group 1 milling varieties form the basis of the wheat grown at Luton Hoo Estate, where the focus is on added value and margin.

For grower Edward Phillips, resilience and consistency are key requirements when he looks for varieties that can be grown on contract for bread-making, so the farm’s exposure to risk is minimised. 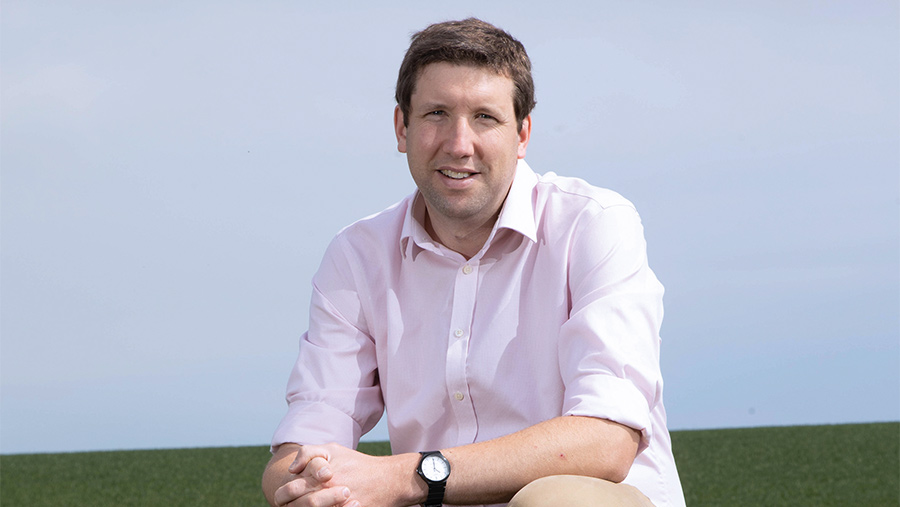 With only a few varieties to select from, he assesses the suitability of a new variety by growing a small area of it alongside the current choices, seeing how it copes with the farm conditions and then doing a post-harvest review of its performance and agronomic management.

“That review includes input use and its financial contribution,” he explains. “We need to know that it can hit the milling specification without being too difficult or expensive to achieve.”

For this reason, Crusoe is his preferred variety, as it has done very well for the past few years, regardless of the growing conditions. When compared with Crusoe in a farm trial, Skyfall needed more nitrogen and still failed to hit the protein target.

“Crusoe has been bullet-proof in both wet and dry years. We know about its brown rust susceptibility, so can plan for that accordingly.”

This year, the combination of a very wet winter and teething problems with a new drill resulted in just 15ha of Crusoe being drilled. The remaining 65ha is the spring wheat Lennox, being grown on contract for Warburtons.

“We were forced to change, but our prime purpose is the same – to go for quality and produce what the end user wants.”

Variety choices are discussed at a farm meeting in June, using various sources of information, including the Recommended List, the farming press, trials results and market updates. Mr Phillips’ agronomist is also involved.

“The other regular conversation we have is on grain marketing and premiums,” he adds. “Growing on contract works well for us and allows trust to build up between both parties.”

Further changes to the pesticide line-up are inevitable as active ingredients are lost, making agronomic characteristics such as disease resistance and standing power more important in the future, he believes.

“The direction of travel is clear. Varieties that don’t require specialist management or extra passes with the sprayer will be the ones that succeed here.”

Looking ahead to this autumn, he plans to drill from mid-October onwards. With no new Group 1 varieties to consider, he anticipates that Crusoe will feature again.

For Donald Ross, farming in the north of Scotland narrows wheat variety choice to local market requirements and the avoidance of any inherent sterility risks.

While the unpredictable distilling market has some influence on his variety selection, he also supplies a fish food factory and a nearby pig farm.

Traditionally, soft varieties were grown for distilling, but a switch to imported maize by the local distillery meant that he would incur additional haulage costs to access other soft wheat markets in Fife and around Glasgow. 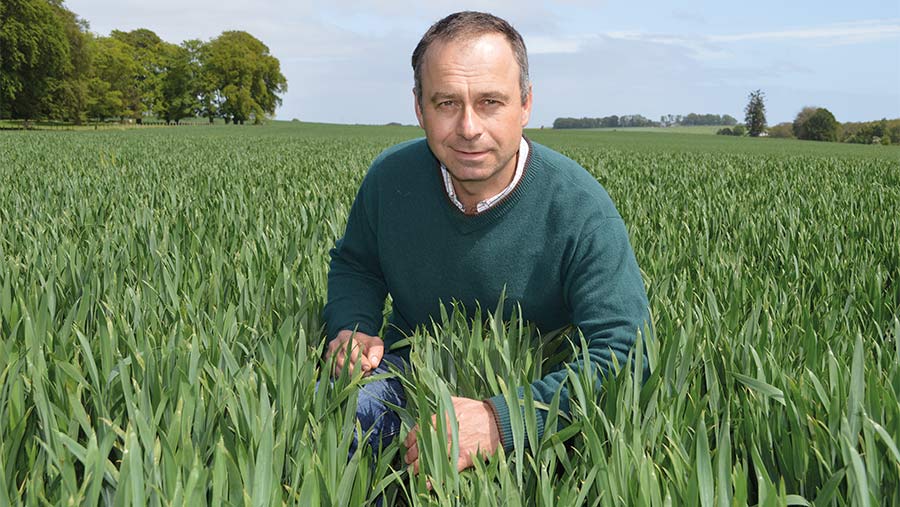 For that reason, he has 63ha of Skyscraper, Spotlight and Grafton in the ground, the latter as a second wheat for a fish feed contract and the others for either feed or distilling.

“Currently, the Invergordon distillery is using wheat again and has specified Barrel and Skyscraper,” he says. “Before last year, it was all about Zulu.”

Yield and good septoria resistance are his two main requirements in any variety grown at Rhynie Farm. “We don’t see rust in this part of the country and our fungicide use is low in most years.”

Maturity can be an issue and having grown Revelation once before, Mr Ross tries to avoid the later types. “We waited for it to ripen for two weeks and still ended up combining it at 25% moisture,” he recalls.

This autumn, he will be trying a small area of newcomer Insitor, which promises very high yields and has a septoria rating of 6.6. One of the tallest hard feed varieties on the Recommended List, he anticipates using a split plant growth regulator programme on it.

“We’ve grown Skyscraper and Spotlight successfully, so we know we can manage the taller types.”

Otherwise, he expects his wheat acreage to increase at the expense of spring malting barley, as he fears the market will be hit by falling demand. Drilling usually starts in late September, with a mid-November cut-off date.

Mr Ross works closely with Scottish Agronomy on wheat variety selection, as sterility of new varieties can be a major problem in exposed areas of Scotland.

“They have a list of preferred varieties for Aberdeenshire, so we work from that.” 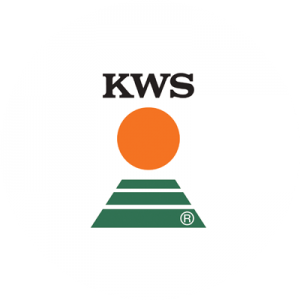 KWS UK has been providing growers with innovative new varieties to meet varied end-market needs for more than 25 years. We use a range of technologies to ensure improved consistency in crop performance to benefit all; merchant, farmer, processor and, ultimately, end-user customer. Higher yields, superior disease and pest resistance and improved performance in adverse conditions are all key criteria we seek to establish in our product portfolio.

Thanks to KWS, whose sponsorship made it possible to conduct the wheat variety survey. Farmers Weekly had.