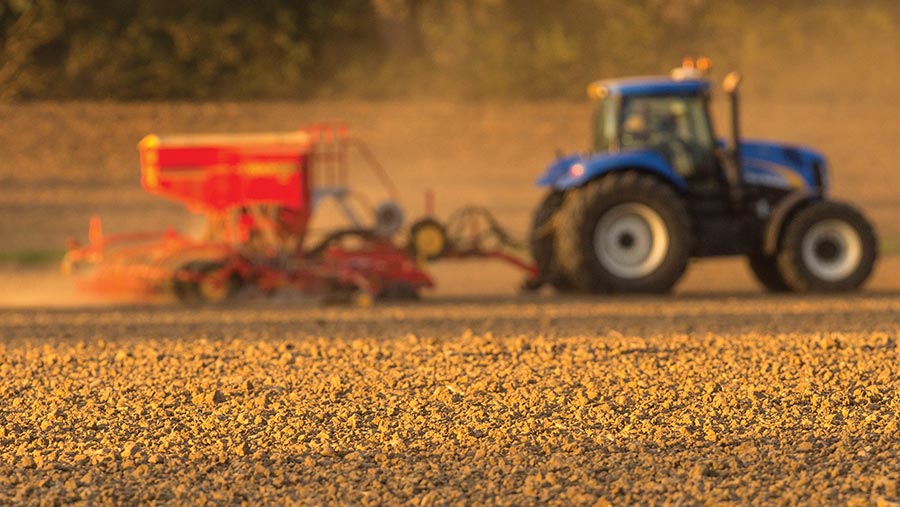 Growers are set to focus more on profit when managing their wheat variety choices, as they adapt to the post-Brexit landscape, according to the results from an exclusive Farmers Weekly survey.

As farmers respond to reductions in direct subsidy payments through the Basic Payment Scheme and make changes to their businesses, margin performance is expected to drive the demand for easy-to-manage varieties that require fewer inputs.

Some 48% of survey respondents expect that future variety choices will reflect their financial contribution to the farm’s bottom line, with 39% saying they will increasingly be looking for varieties that need minimal intervention .

The Farmers Weekly wheat variety survey had 587 respondents. Of these, 41% were owner occupiers, 38% were tenanted farms, 9% were farm managers and 12% were farm workers.

The average farm size was 346ha and the average area of wheat grown was 210 ha.

Representing all regions of the UK, the survey explored growers’ attitudes to choosing wheat varieties, both now and in the future.

See also: Tips on getting the most from clubroot-resistant OSR varieties

Given this finding, it is not surprising that two-thirds of participants expect varietal disease resistance to become even more important to them over the next few years.

Loss of chemistry and highly dynamic pathogen populations are also behind the move to more-resistant varieties; a trend that started a few years ago and is now expected to accelerate.

However, for one-third of respondents, growing less wheat is on the cards in the post-Brexit period, while another 17% intend to target specialist/niche markets and look for new contract opportunities.

Growers give greatest prominence to yield and disease resistance when choosing their wheat varieties – reflecting that recent variety introductions can offer both.

More than three-quarters of our survey participants ranked them as very important, with local markets, harvest date and grain quality also considered important. Factors such as plant height and speed of development were less prominent.

Septoria resistance was very important to 76% of the respondents – with a closer look at the responses show that a variety’s Septoria rating was more important to larger farms and to those situated in the south of the country.

In the north, a variety’s regional performance was a more important consideration than in other areas, while sowing date suitability was given greater focus in the Midlands.

In the last three years, there has been a significant change in the way that varieties are considered. Disease resistance has come to the fore, with the loss of chlorothalonil prompting greater interest in septoria scores.

Agronomist advice and the AHDB Recommended List are the two most important sources of information on varieties, according to the survey results.

Some 82% of respondents mentioned their agronomist’s advice as a key source, putting it just ahead of the Recommended List. Previous experience with the variety, local trials and asking other farmers were also highly rated.

Local trials results were mentioned more by growers in East Anglia and the Midlands, while industry events such as technical events and shows were given greater importance by growers in the South East and South West.

Farming publications are doing their bit too; some 56% of the survey respondents saw them as an important source of information for choosing their varieties.

In contrast, websites and social media were held in lower regard, due to uncertainty about the integrity of the posts. Other sources of information mentioned by farmers included end users and independent agronomy organisations. 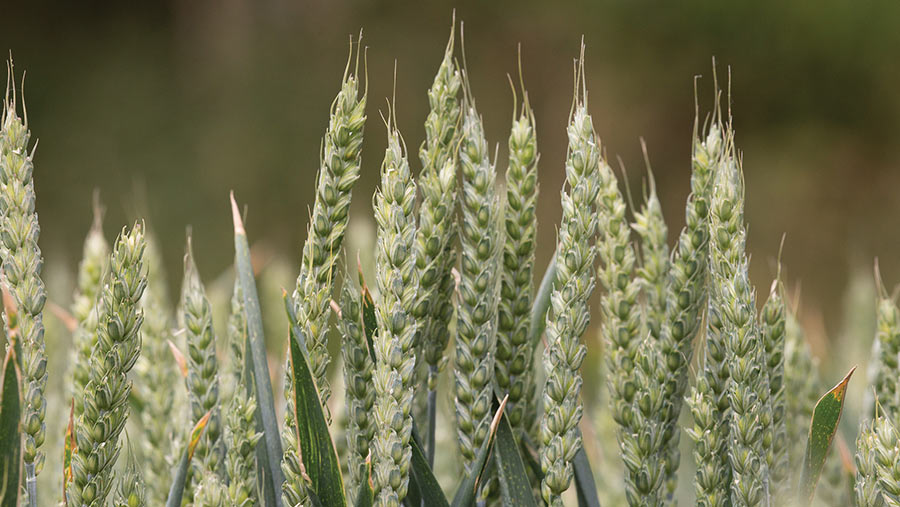 Plant breeding is expected to continue to deliver the progress that growers have got used to.

Asked about the traits that will be important to them in the future, 59% of our survey respondents would like to be able to select varieties on the basis of growth habit.

In contrast, hybrid wheat was only mentioned by 9%. Despite its success in other crop species, it seems as though hybridisation will be a much harder sell in wheat.

While growers value the AHDB Recommended List as a trusted source of independent information on varieties and how they can be expected to perform, the survey suggests it is not held in such high regard as it used to be.

No longer the most important source of information on winter wheat varieties – coming behind agronomist’s advice – there is also far greater reliance being put on local trials results and other farmers’ experience.

Expansion of the Recommended List in recent years means there are currently 35 recommended winter wheat varieties – a number considered to be far too many.

Likened to a brochure by one participant, there was a feeling that it had lost its focus and was not as useful as before.

Our survey also revealed a willingness to grow varieties that aren’t on the Recommended List. By that, respondents meant both older varieties that have come off the list, as well as those that hadn’t made the grade.

It was a fairly even split: some 54% of our survey respondents said they would consider growing a variety that wasn’t recommended, compared with 46% that said they wouldn’t (see graph).

Within that, younger farmers were more likely to go “against the grain” and opt for varieties they felt had something different to offer than their older counterparts.

The reasons given for that were matching varieties to local growing conditions, the narrow criteria for recommendation and constraints imposed by a national testing system.

For information on these varieties, growers said they were reliant on neighbouring farmers, local merchants and the agricultural press.

However, of the 46% who wouldn’t consider varieties that weren’t on the Recommended List, there was a familiar feel to their reasons.

Independent information, proven performance and confidence in a variety were important, as was a reluctance to take on any more risk.

Two-thirds of our survey respondents plan to start drilling their winter wheat in October this year – which, for a significant proportion (42%), is earlier than usual.

After such a wet autumn and winter in 2109, it is not surprising to see that the weather is one of the most cited reasons for this (see graphs 4a and 4b).

Pest and disease pressure is also up there as a key reason for the choice of October as a start date – with greater use of cultural control measures being made to help manage the threat of barley yellow dwarf virus, septoria and other issues.

Not surprisingly, blackgrass control remains a reason for delaying drilling into October, with a greater proportion of larger farms mentioning it as a key factor.

Overall, some 67% of our participants will start drilling in October, compared with 27% planning a September start and only 2% willing to delay until November.

The desire to start a bit earlier this autumn is understandable, as growers look to get their rotations back on track and restore farm profitability.

It is also interesting to note that two in three of our survey respondents still have seed of winter wheat varieties remaining on their farm following the disruption to drilling plans caused by autumn/winter 2019.

Where they intend to buy new seed, growers are most likely to make their final decision in July. 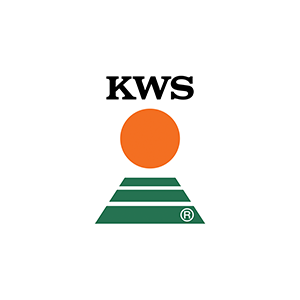 KWS UK has been providing growers with innovative new varieties to meet varied end-market needs for over 25 years. We use a range of technologies to ensure improved consistency in crop performance to benefit all; merchant, farmer, processor and ultimately end-user customer. Higher yields, superior disease and pest resistance and improved performance in adverse conditions are all key criteria we seek to establish in our product portfolio.”

Thanks to KWS whose sponsorship made it possible to conduct the wheat variety survey. Farmers Weekly had full editorial control of this feature.