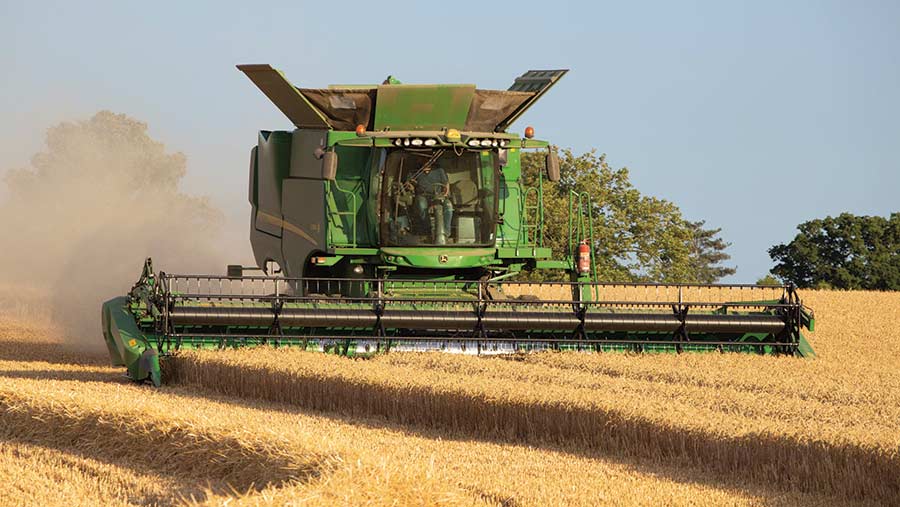 During the 2018 cereal harvest, wheat varieties were more likely to perform slightly below their long-term averages than to exceed yield expectations.

That’s why most of the 2018 results shouldn’t be used in isolation and why knee-jerk reactions to variety decisions made in June, due to this harvest’s results, could be an overreaction, believes one expert.

Cereals specialist Clare Leaman of Niab Tag says it is easy to get hung up on a yield drop, especially if the variety was heralded as the next great hope for its market sector.

“After a late spring and dry, hot summer, the results from this year are unlikely to be repeated next year,” she says. “The reality is that a variety that is considered to have done badly in 2018 won’t have done any worse than many others.”

That’s because the average yield of control varieties in the AHDB’s Recommended List trials was about 0.23t/ha below the five-year average at the time of writing.

The big names with yields that are down on previous years include Elicit, Barrel, Gravity and candidate Skyscraper, most of which are showing a 2% reduction.

“This is not enough of a fall to be worried about or to warrant a change of plans, so don’t be too hasty. Two of these are Group 3 varieties and that’s still a good market sector to be in.”

Mrs Leaman accepts that growers are looking for consistency, which is why a poorer-than-expected year can cause alarm.

But she points out that the five-year average yield performance of winter wheat varieties hasn’t changed, even with the 2018 results included.

“On that basis, the frontrunners remain the same. So Gravity, Kerrin and Gleam lead the hard feed wheats on yield at 104% and Barrel is the highest-yielding Group 3 on 102%.”

And soft Group 4 candidate Skyscraper, seed of which has been sold ahead of the decision on its potential recommendation, looks as though it will take the overall lead with a yield of 106%.

“Of course, for many of these varieties, you can judge on your own experience,” she says. “There was seed of most of them in the ground this year and there will have been weather and soil type interactions.”

She suggests that it is more useful to look at varieties that did well in 2018.

“We’ve seen strong performances from the likes of Crispin, Gleam and Kerrin in the feed wheat sector, with the popular choices Graham and Costello also having good years.”

Likewise, Group 2 Siskin performed as expected, while Zyatt and Skyfall are expected to be the highest-yielding Group 1s.

Looking at quality, specific weights were less affected by the drought than previously thought. The majority of varieties have a mean value above 76kg/hl, with just two varieties exceeding 80kg/hl – Costello and candidate Extase.

Winter barley varieties shrugged off the drought with average yields coming out just over 10t/ha and ahead of the five-year figure, according to AHDB harvest results.

The hybrids had a good year in 2018, adding to their dominance on yield, but the two-row candidates also performed well and appear to offer a bit more than existing choices.

In 2018, there were strong performances from six-row hybrids Belmont, Sunningdale, Belfry and Bazooka, as well as conventional six-row Astaire. The two-row feed varieties Creswell, Tower, Orwell and Infinity also gave a good account of themselves.

Candidate hybrid and conventional two-row varieties are looking promising, highlights Mrs Leaman, with two-rows such as Gimlet, Mountain, Flynn and Sobell proving to be only just behind.

“You can pick them apart by looking at their lodging scores and their specific weight figures,” she says. “Some are showing lodging levels similar to Glacier.”

The weather played a key role in both the incidence and the control of wheat diseases this year.

Early concerns about rising septoria levels in a range of wheat varieties were dealt with by the heatwave, which rescued the situation just as it was looking perilous, according to the results from Zantra’s three UK trials sites. 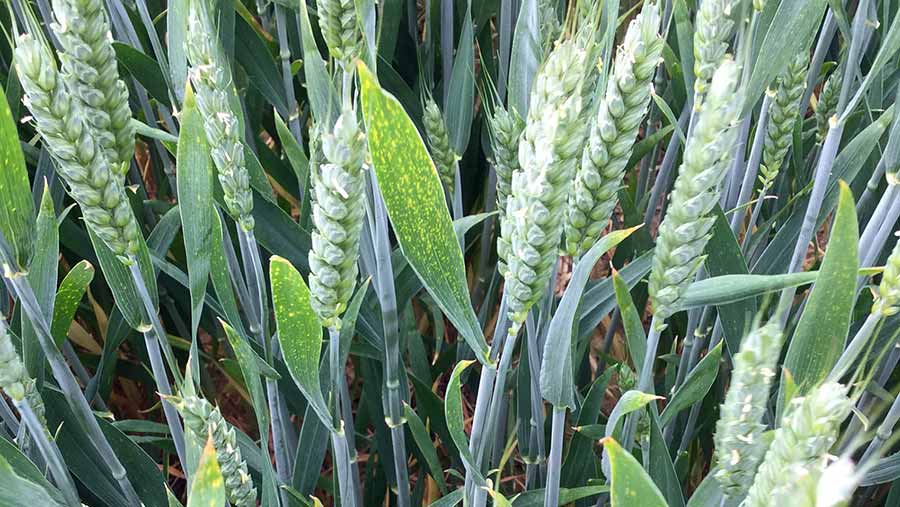 However, the very warm and dry conditions meant that brown rust then came in strongly and affected almost every variety being grown at the company’s Kent trials site, as well as being seen more widely than usual at its two other western sites.

The other surprise, reports trials manager Paul Beech, was that there was so little yellow rust found in the trial plots at two of the three locations, with some susceptible varieties being given a reprieve from the pathogen in 2018.

“It was weather related,” he says. “After the cold start, yellow rust just didn’t express itself. When the heat arrived, temperatures were too high for the pathogen to progress.”

That gave varieties such as Skyfall and Zulu an easier ride than they might have had, while brown rust-susceptible varieties, including Crusoe and Lili, were hit badly.

Overall, responses to fungicides were greatest at the south-east site, where both disease pressure and yield potential were higher than those at the Gloucestershire and Shropshire sites. 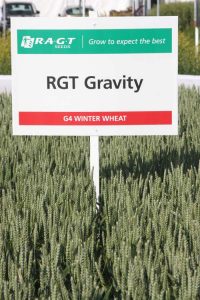 In Kent, the mean response to fungicides was 3.09t/ha, while in Gloucestershire and Shropshire it was 0.88t/ha and 0.89t/ha, respectively – the opposite to what is seen in wetter seasons.

“Fungicide chemistry did a good job, but it was harder than usual to pick out one programme over another,” says Mr Beech.

“Providing reasonably robust treatments went on at the right time and were tailored to the situation, the results were very good.”

Technical director Chris Bean recalls that the warm, wet start to the growing season in Kent was a big test of septoria resistance, with all varieties being dirtier than expected and early fungicide treatments struggling to hold the disease.

“At one stage, we were on a knife edge with some of the septoria chemistry and our advice was to knock back variety scores by one point. That changed after the T2 timing, when it dried up and brown rust exploded instead.”

Windy conditions earlier in the year increased the septoria threat by compromising spray timings, he adds.

“It ended satisfactorily, but it was a reminder of the ongoing challenge we have with septoria,” he says. “We are losing useful fungicides, others are under threat and we have a fluid situation with resistance.”

Another observation from the growing season was that varieties with the same septoria resistance score looked very different in the field – with some carrying far more disease than others.

“We are seeing varieties with better septoria ratings coming onto the Recommended List now, but we still need to understand how to get the best from them and if damage has already been done where early disease levels are higher.” 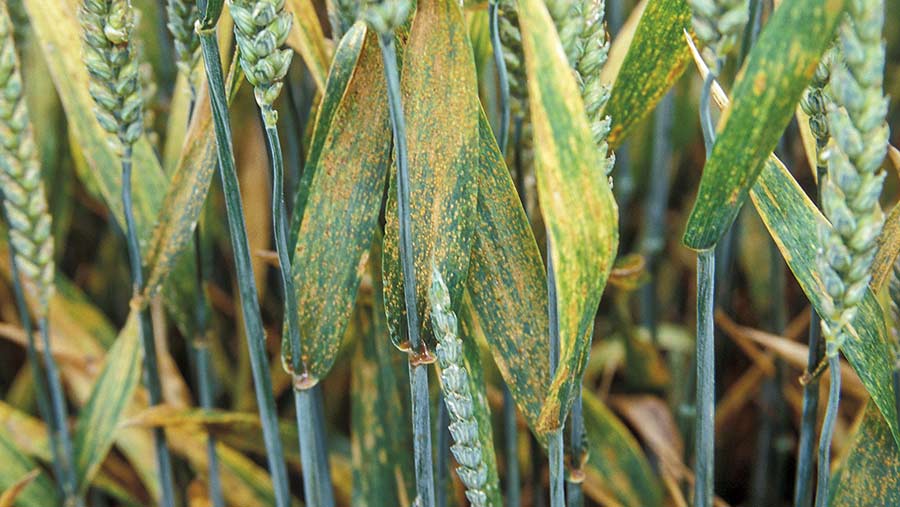 First wheat yields have been above average for Herefordshire grower and Monitor farmer Martin Williams at 11.5t/ha, with hard feed Costello performing the best of his three winter wheat varieties.

Having cut back on both his T2 and T3 fungicide sprays due to the drought, Mr Williams is left wondering if yields could have been even better.

“Costello was the highest-yielding and I will be growing it again. Graham also performed well, but Revelation is now showing its age – so that will be replaced.”

Second wheats came in at 9.4t/ha, which he is also very pleased with, but the same can’t be said of his winter barley.

“I switched to two-row feed variety Surge this year after poor specific weights with hybrid barley. It was very disappointing, coming in at 6.2-6.5t/ha, so barley is being dropped from the rotation.”

Wheat yields have been just below the five-year average of 10.8t/ha in what Brian Barker, Suffolk grower and host of the AHDB’s Strategic Farm East site, describes as a one-off year.

As expected in a heatwave, early-maturing varieties such as Motown and Siskin performed better than later types Santiago and Revelation, which were penalised by the continued hot weather.

“There were no surprises,” he says. “Maturity and drilling date had an influence. Those that had the time for grain to fill came out better.”

Pest pressure was high, with both orange and lemon wheat blossom midge coming into crops. “Even resistant varieties had grain sites taken by midge, so we won’t be changing too much for next year,” he says.

“As always, we will try a few new varieties on a look-see basis.”

Bazooka hybrid barley did very well. “Again, it’s early-maturing, so that was to be expected.” 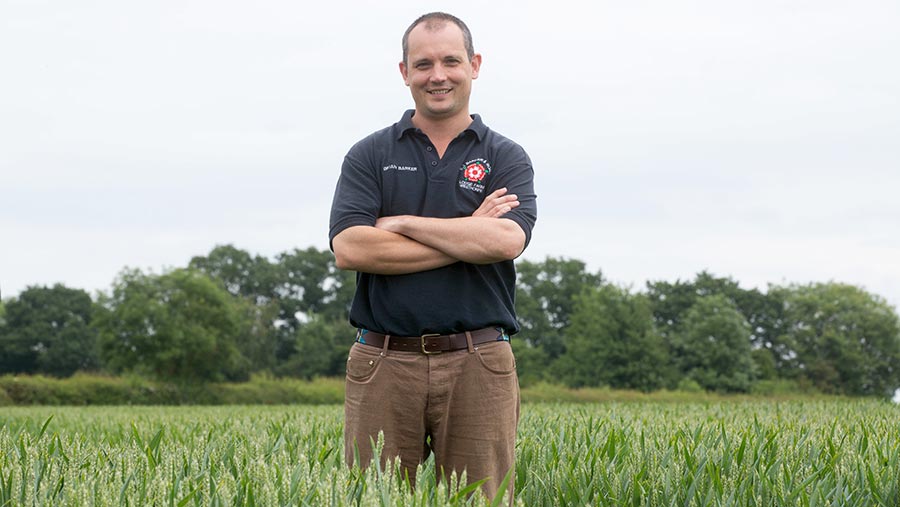 A good performance from winter wheat helped to offset disappointing results from hybrid winter barley at the Saltburn Monitor Farm.

For John Aynsley, the combination of direct drilling into wet, heavy ground in the autumn and a late spring resulted in a poor winter barley harvest, with yields at about 5.7t/ha being well below the usual 8-8.5t/ha.

“We grew both Bazooka and Sunningdale,” he says. “But the conditions were against them, right from the start.”

First wheats, however, came close to 11t/ha, with good enough grain quality from both Revelation and Sundance for the biscuit specification.

In contrast, an area of continuous wheat was 25% below average at 6.8t/ha, he reports. “It was drilled into a cold, wet seed-bed and struggled to get going.”