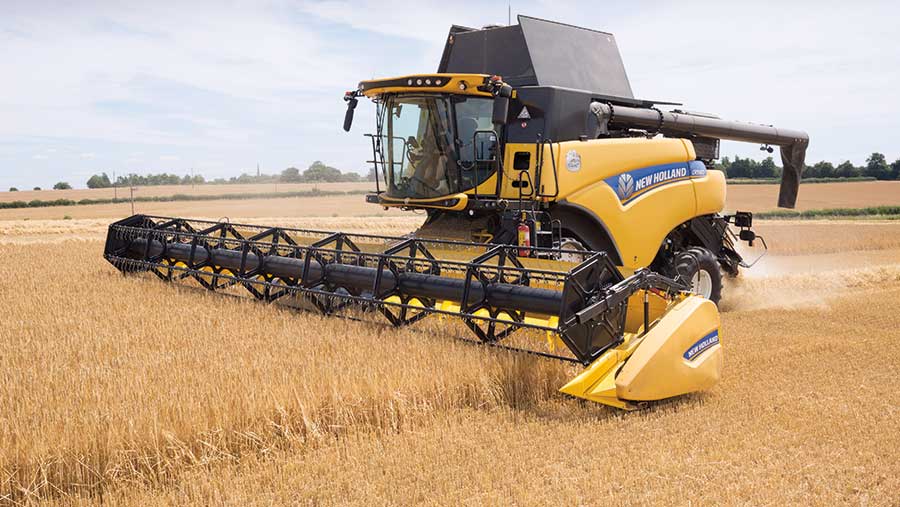 Malting barley grower Andy Roberts’ strategy of growing both winter and spring crops paid a dividend this summer as good quality from the former made up for a more problematic latter crop.

He splits his malting crop 50-50 between the two to spread the risk on his light-land Staffordshire farm, and this harvest the winter crop gave a good yield and easily made malting quality.

Both winter and spring crops are grown for brewer Molson Coors, based in Burton-upon-Trent, which sources nearly all of its malt from the only major malting plant west of the A1, which is also in the Staffordshire town.

The autumn-sown crop produced a good yield this summer, well within the maltster’s 1.85% grain nitrogen maximum requirement, while the spring crop was above that level and still awaits a market.

“It’s all about risk management, having both winter and spring crops with the winter barley giving us a good entry for oilseed rape and the spring crop helping to keep grassweeds under control,” he tells Farmers Weekly.

His light sandy loam soils are not capable of producing bumper winter wheat yields, so malting barley, which matches the profitability of second wheats, is a key crop on the farm.

Last season, the winter barley equalled the farm’s five-year average yield of 7t/ha, gave a low nitrogen of 1.6% and low screenings as it was well grown and developed before the summer drought struck.

Spring barley, by contrast, was drilled over a month late, suffered in the summer heatwave and yielded just 5t/ha, well below the 6.5t/ha expected, with a nitrogen content of 1.9-2.0% and screening levels on the high side.

Although the spring crop was a disappointment, Mr Roberts emphasises that the winter-spring split did reduce the risk of all of his barley not meeting the maltsters’ needs.

“We have been growing malting barley since the 1960s. It is a key crop on this soil type and we always aim for the premium market,” he says.

Mr Roberts is a founder member of the Molson Coors supply group of growers, set up in 2008 to supply the Shobnall Maltings in Burton, which then supplies Molson Coors’ UK breweries. The brewer sold this malting business to French group Soufflet in 2015.

“The idea was to secure a supply of sustainable barley close to the Shobnall Maltings,” he says.

The group includes growers from South Yorkshire, Lincolnshire through Shropshire and Staffordshire and down into Gloucestershire and Wiltshire, to supply the barley to make Carling and Coors Light beers.

Agronomy and grain trading group Frontier is part of the supply arrangement, helping set up contracts with growers and transport grain.

Jonathan Hoyland, head barley and oats trader at the group, explains that contracts have three parts – one of which growers can chose to price their grain – a fixed price, a futures-related price and an open market price set over a defined window. 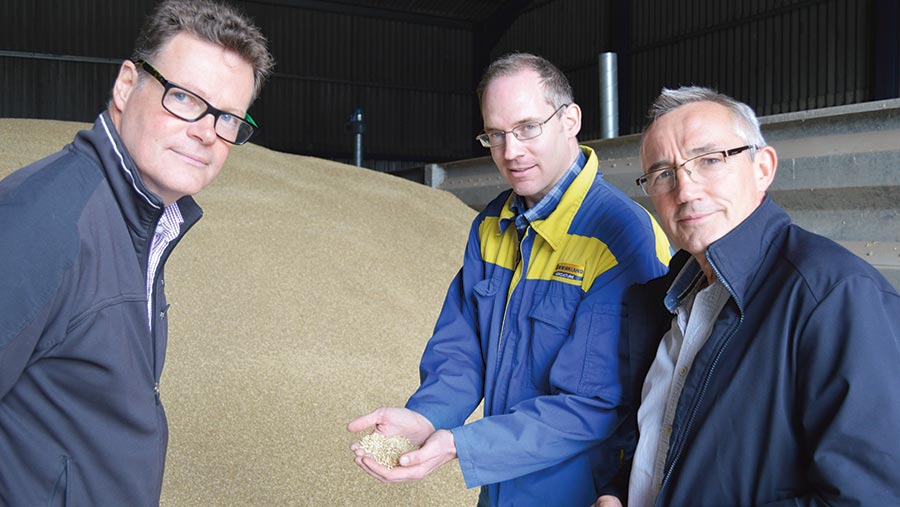 Mr Roberts, who farms with his brother and parents, was particularly pleased with the performance of his winter barley this summer, on a farm that also grows wheat, oilseed rape and potatoes.

“The winter barley stood up well to the drought as the weather came when the grain filling process had largely finished, and we cut the crop early in the first week of July,” he says.

He drilled 60ha of the winter malting variety Venture in the last week of September and the first week of October in 2017, to give a sowing rate of 300-350 seeds/sq m.

“The key to good barley yields is to create a good-sized canopy in the spring, and we have always managed to hit malting specification for the winter barley,” he says.

Early drilling and high seed rates are complemented by getting on with nitrogen as early as possible to get growth moving quickly in the spring, and the aim is to apply 40kg/ha in late February and a further 90kg/ha in late March.

Disease control is based on T1 and  T2 fungicide azole-SDHI sprays to keep out the wet weather disease rhynchosporium, and plant growth regulators are used when deemed appropriate.

“Next year we will be switching to the variety Craft as it looks to give a step up in yield and lower screening,” he adds.

Spring barley has a number of advantages for Mr Roberts, such as giving the opportunity to control sterile and great brome in the autumn and spreading the farm workload.

It also gives him the opportunity to drill stubble turnip for sheep feed through the winter, and allows him to leave over-wintered stubbles to satisfy his environmental schemes.

Drilling of the spring barley variety Planet this year at 325 seeds/sq m was delayed about a month until mid-April, and although the crop established well, it soon suffered from the dry summer weather.

Nitrogen rates were 110-120kg/ha with half at drilling and half applied when the tramlines were visible. T1 and T2 fungicides were applied and then PGRs used where deemed necessary.

With hindsight, he says he might have pulled nitrogen rates down and cut herbicide costs for what turned out to be a disappointing yield.

“The lack of rainfall at the grain-fill stage really hit the spring barley, which was harvested in early August,” he adds.

US-based Molson Coors brews one in every five pints of beer drunk in the UK, including Carling, the nation’s best-selling beer for more than three decades, and others such as Coors Light, Cobra and Doom Bar.

The brewer, which is the UK’s second largest beermaker after Heineken, brews most of its beer at it two big breweries at Burton and Tadcaster in North Yorkshire and offers growers a choice of varieties to grow.

For winter barley, there is the option of older variety Venture and newer one Craft, and for spring barleys Propino, alongside newer varieties Planet and some Laureate.

The quality of the winter barleys at harvest 2018 was generally good with nitrogen levels about 1.6%, although screenings were a bit high, but this may improve next year as Craft is replacing the older variety Talisman.

Spring barleys were generally more disappointing, but 2019 is set to see a big move towards Planet at the expense of Propino, which is likely to help achieve lower nitrogen levels, while Laureate is a further choice for harvest 2019. 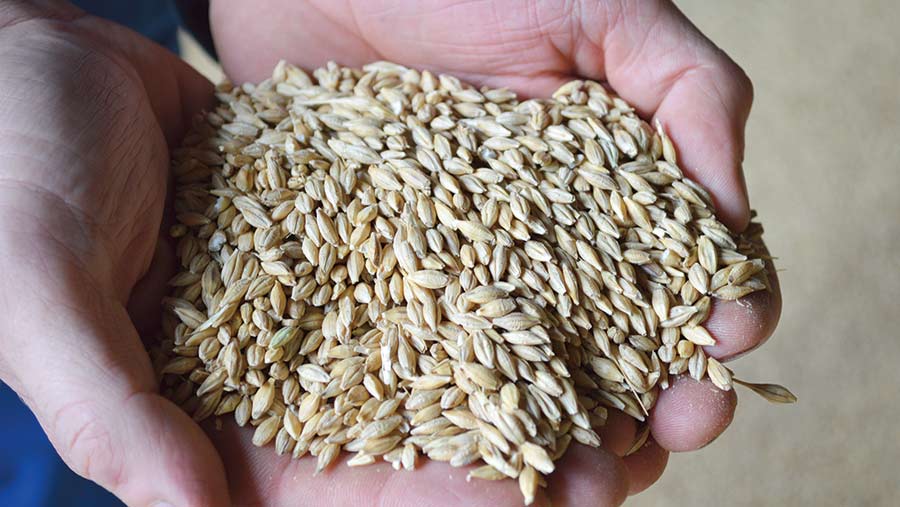