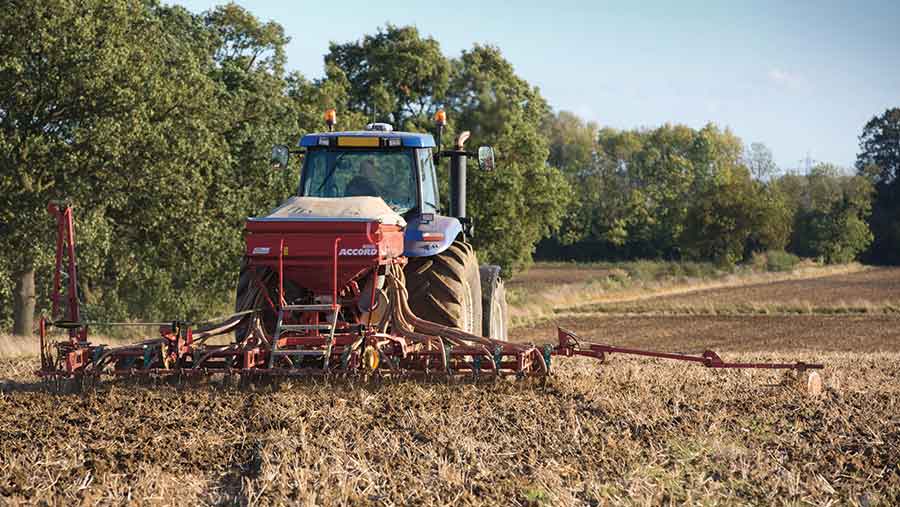 After a disappointing season in which oilseed rape yielded about half its five-year average, Pelham Farming Company has cut its area by 80%.

However, reducing the oilseed rape area on the 2,200ha of cropping across three farms is not easy, explains Michael Watson, one of the business’s founding partners. The problem is finding a suitable replacement.

See also: Oilseed rape area is set to slip for fifth year in a row

The reason for this poor oilseed rape performance is cabbage stem flea beetle, with the Essex farms being in a known hotspot area. With no solution on the horizon, the risk of a repeat performance has become too much to carry.

“Our oilseed rape was poor, perhaps 1.8t/ha at most,” says Mr Watson. “It suffered a bad attack in the autumn of 2015, but it was all there in the spring.

“Given the alternatives and the cost in getting the crop past Christmas, we opted to continue with it, but come harvest there was little to see.”

He recalls that the growing points had disappeared and they were left with side branches featuring small pods containing even smaller seeds.

Ahead of this season, he is considering the options with his agronomist, Andrew Blazey of Prime Agriculture.

The plan is to increase spring barley and  beans.

However, one consequence of increased spring cropping is extending harvest into autumn. “Oilseed rape and winter barley are the only break crops that bring the start of harvest forward,” adds Mr Watson.

The spring cropping area has increased fourfold, largely at the expense of oilseed rape to manage blackgrass, he says.

“Across the three farms that make up the group, there is already a large area of spring barley that typically matures partway through combining wheat,” says Mr Blazey.

“So, where we can bring the wheat forward through variety choice, we will.”

However, the list of early-maturing wheats likely to attract a milling premium is short.

For nearly a decade, Mr Watson and his brother, Ian, grew the Group 2 milling wheat Cordiale with good results, but before this harvest, they considered opting for a newer, higher yielding variety.

This decision has since been reversed and they will be increasing Cordiale to 94ha (see “Cropping plans”, right) and opting for Skyfall and Crusoe to help spread the harvest workload.

Mr Watson concludes that with less oilseed rape and winter barley in the rotation, he is attaching greater importance to maturity differences between wheat varieties to help spread the workload.