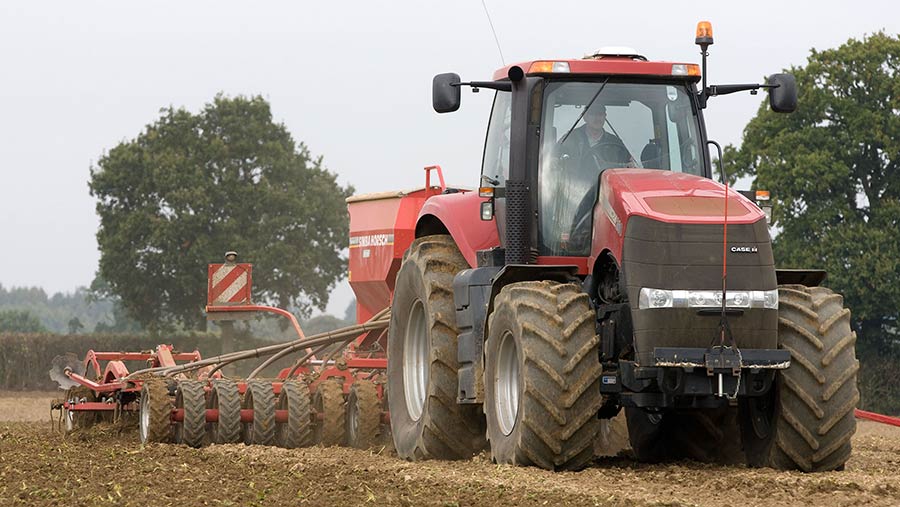 Wheat and oilseed rape growers could be able to pick the best varieties for their farm and see a 4% yield rise using a digital tool to be launched in the next few years.

Agrochemical and seed giant Bayer is rolling out its Climate FieldView tool in six continental European countries, with the UK due to join them in the next two years, to help growers with seed rates and spraying dates as well as variety choice.

Work in the US has shown that growers using the system chose varieties of hybrid maize which gave them 4% more yield than varieties they would otherwise have chosen on their farms.

Michael Stern, Bayer’s head of digital farming, is now looking to roll out the tool in Europe after the system expanded to cover 24 million hectares in the US this year, with farmers paying an annual fee of $1,000 (£761).

“There is no reason to expect that wheat and oilseed rape will not see yield lifts similar to the 4% seen in the US once the algorithm is set up and running,” he told Farmers Weekly.

The aim of the product is to raise yields and productivity, and it has been marketed in the US, Canada and Brazil by Monsanto. With Bayer’s takeover of the US company in August the digital tool is now being rolled out in Europe.

Monsanto’s expertise was in maize, soybeans and oilseed rape, so after its $63bn (£48bn) takeover by Bayer the product will be expanded to cover cereal crops for its entry into Europe.

Mr Stern said US farmers had told him they had lots of data but little useful information, so his group designed a package starting in 2015 to give them advice on variety choice, variable seed rates, spray applications and crop nutrition.

“The aim is to improve productivity and yields by the digital tool and help close the gap between the best yields and average yields,” he added.

Top maize yields in the US are about 540 bushels/acre compared with an average yield of 175 bushels, showing that genetics is not limiting yields, he said.

Work in the US in 2017 showed that picking the best hybrid maize variety gave 80% of growers a 4% yield advantage, and very early results from the 2018 harvest show an 8% yield rise, although this figure is likely to come down as more farmers report.

Bayer is launching the product this month in France, Germany, Italy, Spain, Ukraine and Romania, with the UK to follow soon after.

The base package will involve mapping a grower’s fields and feeding in data such as weather information, historical yield data and soil type, and then developing an algorithm over the next few years, which will get better with time.

Mr Stern said the tool included competitor varieties and did not just recommend Bayer/Monsanto ones.

Pricing will be similar to that in the US, although the level will vary according to farm size.

Mr Stern was speaking to Farmers Weekly at the Bayer Future of Farming Dialogue conference earlier this month held at Bayer Crop Science’s headquarters in Monheim, near Dusseldorf, Germany.