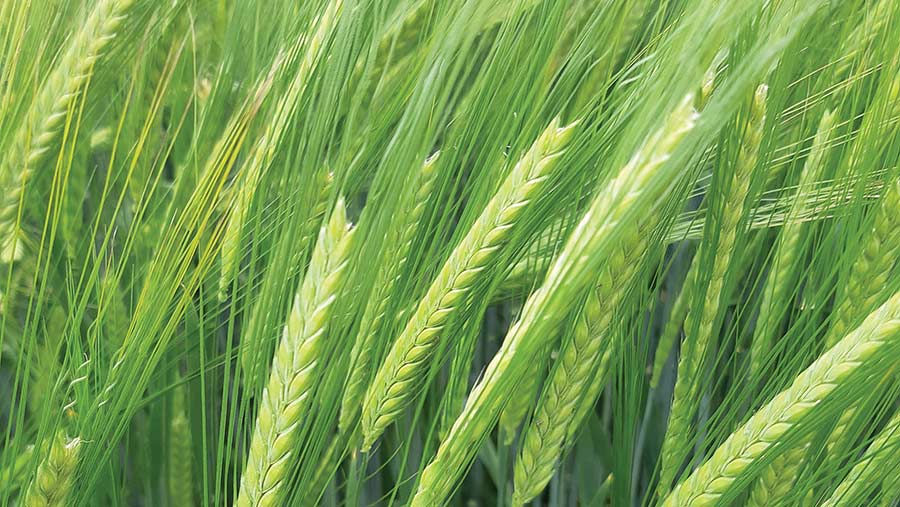 Winter barley growers have a wider choice of malting varieties to choose from this autumn, with a new variety offering higher yields and earlier maturity than the mainstay Craft.

The variety obtained full malting approval from the Maltsters’ Association of Great Britain this June, joining both Craft and old favourite Flagon, with contracts available throughout England for harvest 2021.

“Craft makes up a large proportion of the market and accounted for nearly 44% of the winter malting varieties purchased by maltsters from harvest 2019.

“While it has performed very well, there is currently a place for another mainstream variety, which is where Electrum comes into play,” she says.

Flagon makes up nearly 21% of maltster purchases, with the older Maris Otter at 19%. It is anticipated that Electrum could take up 5% of the total winter barley market for next year’s harvest, tapping into Craft and other malting varieties’ market shares.

Craft and Electrum are similar in terms of agronomic and quality profiles, but the latter’s key differences lie in it’s fungicide-treated yield, which is 97% of control varieties, ahead of fellow Syngenta varieties Craft (96%) and Venture (92%), explains Matt Bull, the firm’s seeds technical expert.

“It is the highest yielding winter malting barley, with excellent performance in the East and West of England. Craft does, however, outperform Electrum in the North at 97% compared to Electrum at 95%,” says Mr Bull.

He adds that the variety has good grain quality, with excellent feedback from the maltsters which is critical for the brewing market.

The new variety produces a good, bold grain with a specific weight of 69.3kg/hl, nitrogen content of 1.68% and low screenings which means less grain is wasted. It also has a hot water extract similar to that of Craft.

Mr Bull also highlights that the new variety offers growers a good disease resistance package, with improved rhynchosporium resistance over Craft, with a resistance rating of 7 compared with Craft’s 6. This is on a 1-9 scale, where high figures indicate that a variety shows the character to a high degree.

“Rhynchosporium can cause yield losses of up to 1.5t/ha in severe cases and detriment quality, particularly in the South West, West and North of the UK, where precipitation levels are higher,” he says.

Electrum is also early to maturity which helps to spread workload and decreases risks during harvest. It also allows for earlier drill dates of subsequent crops – particularly useful for those who still grow oilseed rape.

“This season, because of the weather, the differences in maturity were nullified as everything senesced very quickly. However, in a more normal season, you would expect a clear difference in maturity of two days,” he adds.

“There are no real weaknesses. It is a solid and reliable variety and is definitely something that growers would want to consider,” she says.

However, she warns that this season has not been the best for Electrum as it struggled in the wet winter and dry spring conditions. It underperformed by more than 3% on the Recommended List trial data expectations, while old favourite Venture performed better.

She adds that this year’s growing conditions have not been a good guide on how Electrum will perform next season, as crops suffered a range of stresses, with most varieties down on their five-year averages.

“What this season has highlighted is how resilient varieties are and we can only question Electrum’s resilience and how we interpret this year going forward,” says Mrs Leaman.

She adds that some growers are hesitant to grow a relatively new variety and are, therefore, likely to wait another year to see how it performs.

Crop management: Getting the most out of Electrum

The ideal sowing date for Electrum is mid-September to mid-October into a good seed-bed, drilling at approximately 300 seeds/sq m, increasing to 325 seeds/sq m in the second week of October, says Matt Bull.

Although the variety performs best when sown during this time, it has a wide drilling window, from the first week of September until the end of December.

“Recommended seed rates are very similar to those of Craft, so if growers have experienced growing Craft, the same agronomic approaches can be applied when establishing Electrum,” says Mr Bull.

As some growers may look to get crops in the ground earlier this season after the difficulties of crop establishment last autumn, a seed rate of 275 seeds/sq m will be adequate when planting during the first and second week of September.

Mr Bull points out that the sowing rates are only rough guidelines, as rates should be adjusted according to soil type and seed-bed quality.

He warns that drilling from November onwards reduces yield and increases the risk of lodging, since crops race through their growth stages, resulting in weaker and less-lignified stems as well as under-developed root systems, which are more susceptible to frost damage.

Mr Bull suggests a two-dose approach with a 50/50 split of nitrogen at mid-tillering (growth stage 25) and then again during stem extension in order to achieve optimal standing power, yield and grain nitrogen.

He also explains that the variety has relatively tall straw, at a height of 92cm compared with Craft at 89cm.

Although the new variety is not as stiff as Craft – with a lodging resistance of 7, compared with Craft’s 8 – it does respond extremely well to a plant growth regulator programme, preventing it from lodging, says Mr Bull.