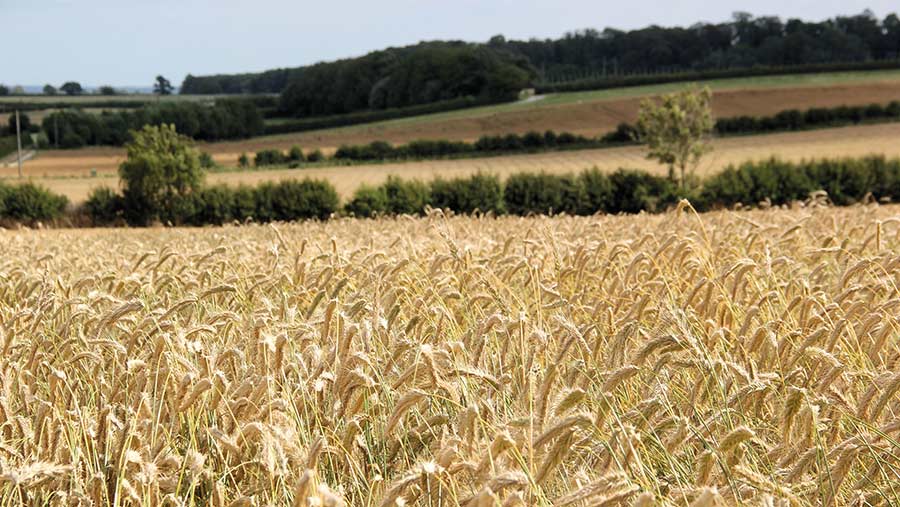 Cheaper to grow than a second wheat or winter barley and with high yields, hybrid rye offers a better margin and can help in the battle against grass weeds.

In Europe and the US, rye is a key cereal in pig rations while in the UK, wheat and barley are the cereals of choice.

However, Agrii northern seed manager Matt Richardson believes the benefits the crop offers to both arable and pig farmers means it deserves a place in many more rotations.

In fact, Ben Lowe, national forage product manager predicts that the crop could even become the third cereal nationally after wheat and barley.

The benefits of growing rye have been highlighted in eight years of Agrii research into the crop grown for anaerobic digestion. Then in 2016, the company started to focus on grain production based on growing interest from pig producers.

There has been a transfer of information from Europe to the UK and home mixers are starting to grow the crop, says Mr Richardson. The ban on zinc and antibiotics in pig rations mean they are rethinking diets, he adds.

The agronomic benefits of hybrid rye include being fast to get out of the ground. “It’s very similar to hybrid barley.”

Rye at a glance 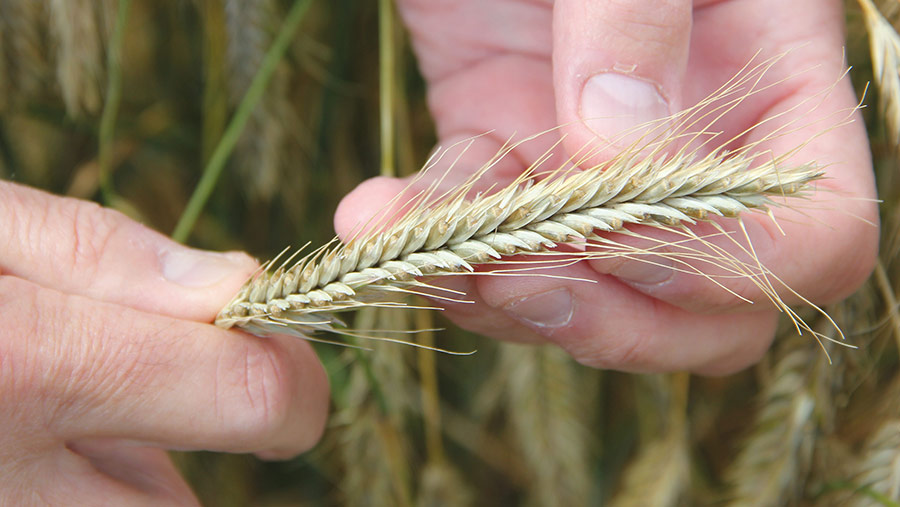 This is down to its very vigorous root system, and this root mass also means it is drought tolerant and can also cope in a hard winter

Its comparably high yields combined with being cheaper to grow than second wheat or winter barley means its gross margins are more attractive (see graph). Grain typically has high specific weights of 72kg/hl+.

An added bonus is its high straw yields, about 2t/ha more than wheat. The straw has a high calorific value for biomass and pig farms in Scandinavia use it to heat buildings.

Hybrid rye will grow on all soil types and is useful in the battle against blackgrass for its great competitiveness. Mr Richardson points to one farm trial last year on heavy clay with a blackgrass population of 1,500 blackgrass plants/sq m.

“Where there was a drill miss, we saw large numbers. In the crop, there were far fewer plants and like with hybrid barley, those present had smaller ears, so returning much less seed,” he says. 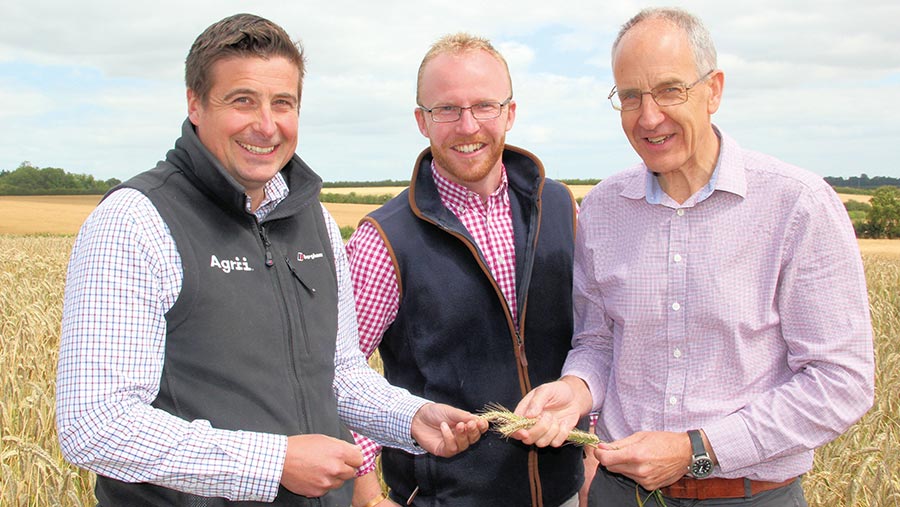 How to grow it and trials results

Agrii has been carrying out work to gain further insights into how to grow rye. Trials initially exploring different varieties for their suitability in UK conditions have revealed large differences.

Two varieties stand out for their performance, standing power and nutritional value.

First is Helltop from Nordic seeds, which is a dual-purpose option delivering high biomass for anaerobic digestion and good grain yields and quality, says Mr Richardson. “It is widely grown in Poland for pig feed.”

He points to harvest 2019 where Helltop withstood a wet August and delivered 9.9t/ha with a specific weight of 75-76kg/hl.

The other variety is SU Bendix from Elsoms – another dual-purpose option slightly slower developing than Helltop, but with slightly better grain quality.

Rye requires much lower inputs than a second wheat. For example, fertiliser requirements are about 120-160kg/ha, typically applied in three splits.

He points to last year’s trial where the crop delivered yields of 11t/ha with 120kg/ha N. “It is very nitrogen efficient.”

Pig feeding trials at the University of Leeds

Trials carried out at the University of Leeds show that finishing pigs perform better when fed diets containing rye.

Feeding trials were carried out on the back of increasing interest in rye as a feed for pigs as widely happens in the US and Europe.

Researchers fed 480 finishers with SU Bendix included in rations at levels ranging from 0-100%.

“The pigs were much more satiated and content,” he says.

With weed control, farmers have access to a wider range of products for rye than winter barley, especially when it comes to brome, he says.

Brown rust is the key disease threat that Agrii northern R&D manager Jim Carswell has been focussing on – alongside plant growth regulation – in his trial work, now being extended to different aspects of nutrition.

Based on his findings, Agrii advises a core programme of an azole at T1 and an SDHI at T2. The average response to fungicides across 14 varieties in 2019 was big – an extra 2.6t/ha over the untreated yield of 8.36t/ha.

In these years, a T0 may be advisable, says Mr Carswell. Because the brown rust came early it needed a T0 of an azole such as prothioconazole + tebuconazole.

“In the current year, we did not see brown rust until June so no T0 was needed.”

Yield responses to a plant growth regulator applied at late-tillering have also been substantial.

This year he has been looking at early nutrition, seed treatments and at Stow longa also looking at crop competition for grassweed control.

Farm manager Charlie Parker is growing 200ha of rye and he plans to increase it by 25% next season, after seeing the benefits of growing the crop instead of a second wheat.

JSR Farms run 3,800ha of arable cropping in East Yorkshire, including grass and stewardship with a rotation of first wheat, winter barley, oilseed rape, winter wheat and then second wheat or rye then peas or potatoes. 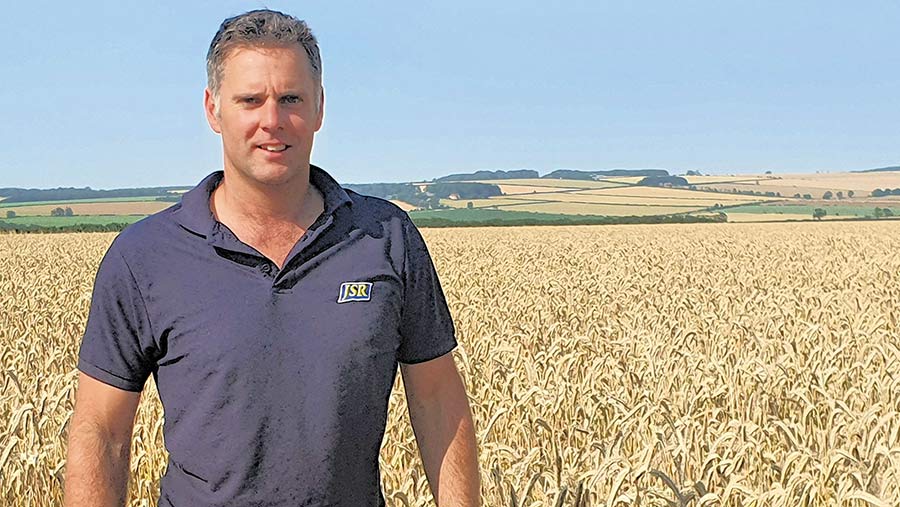 The rye has replaced second wheat and he is in his third year of growing it, having started with 8ha in the first year followed by 80ha and 200ha in subsequent years.

It is grown to supply the company’s pig enterprise, which produces breeding stock along with 3,500 pigs a year for slaughter.

He recalls that gross margins for second wheat were inadequate and it was becoming unreliable on Wold land.

Rye also requires far fewer inputs, for example it receives 140-150kg/ha of nitrogen compared with 240-250kg/ha for a second wheat.

In the first year, Mr parker saw 9t/ha and the following year, it averaged 10t/ha. “It was a good 1t/ha more than second wheat in the field next door,” he recalls.

This year, it received a two spray programme with a T1 of tebuconazole and Adexar (epoxiconazole + fluxapyroxad) at T2, costing £45-50/ha.

Nitrogen is applied in two splits and crops receive three plant growth regulators. “We have had no problems with lodging in the three years of growing the crop,” he says.

He grows a range of varieties including Helltop, Bendix and Edmondo.

The only downside for rye is that it is a third crop to segregate in store, he says.

“Another possible downside is if you’ve got a lot of straw in a catchy period, it may be an issue as you can’t chop that quantity on the combine,” he adds.