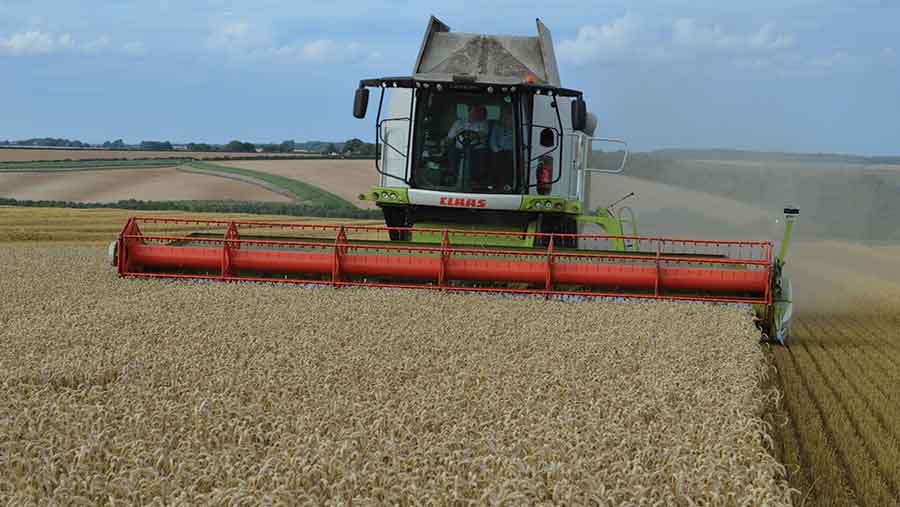 Fewer new cereal and oilseed rape varieties were approved this year as the AHDB looked to produce simpler recommended lists allied to key gains in disease resistance which could allow growers to use lower inputs.

New additions to the 2018-19 Recommended Lists were cut to 22 from 29 last year with a single list for oilseed rape introduced, following criticism by growers last year that too many varieties were listed, especially the 11 new winter wheats.

“We are hoping for a more focused list which will be simpler for growers to use while offering varieties with better disease resistance and yield improvement,” she said.

There was also the first spring barley variety which potentially could be used in brewing, grain distilling and malt distilling, and two new malting winter barley varieties which are higher yielding than the maltsters’ old favourite Venture.

“Many of these new varieties are more competitive based on their untreated fungicide yields, and so give more options for growers looking to use lower inputs,” added Dr Watts.

Hard-milling feed wheat Gravity from breeder RAGT becomes the new highest yielding variety on the wheat list at 106% ahead of previous highest Kerrin at 105%, and leads the five new varieties given the thumbs up.

“Overall, the variety is quite competitive in all regions and over all soils types, while it also has orange wheat blossom midge resistance,” said Dr Watts.

Simon Howells, managing director of RAGT, said the variety has shown a very strong performance in three years of trials over every soil type and geography and without any obvious weaknesses.

“In three challenging years, the variety’s consistent yield has been phenomenal,” he said.

The variety shows good resistance to yellow rust (8) and septoria (5.2), while mildew (4) will require monitoring.

A second hard-milling feed wheat Gleam, from breeder Syngenta, makes the list with a yield of 105%, and a high untreated fungicide yield of 88%, similar to stablemate Graham due largely to the new variety’s high septoria resistance rating of 6.2.

Samantha Brooke, the breeder’s seed manager, said that Gleam can be drilled across a wide window from the middle of September onwards.

“In our trials, Gleam shows it produces a lot of tillers and it has held on to those tillers well. So its yield come from producing a good number of smaller ears rather than a few heavy ones,” she said.

Two soft-milling wheat newcomers include Jackal from breeders KWS which becomes the list’s top yielding soft feed wheat at 104% with a medium recommendation for distilling use.

With older variety Santiago in its parentage, the new variety has a very stiff straw, good specific weight and medium maturity. It has yielded particularly well in the North and may be a competitor to benchmark variety Leeds.

“It yields well across a range of situations and soil types, including heavy and light land, as both a first and second cereal,” said KWS wheat breeder Mark Dodds.

Elation, from Elsoms Seeds, is the second soft-milling feed wheat added to the list with a yield of 104%, and is rated good for distilling with maturity similar to Viscount.

Elicit, also from Elsoms, is a Group 3 biscuit-making wheat with a similar 103% yield compared with Barrell, but a much better untreated yield at 86% v 74%, reflecting its higher septoria resistance score of 6.4 v 4.7.

Its good yield and disease resistance has attracted interest from the seed trade, especially with its septoria score.

“We’ve been waiting for a Group 3 with Elicit’s characteristics for close to a decade now,” said  Paul Taylor, national grain and regional seed manager at distribution and agronomy group Agrii.

The two new malting varieties, Electrum and Coref are both from breeder Syngenta and both showed a yield of 98% above the group’s older variety Venture at 95%.

Both are early maturing with high untreated yields and could be potential replacements for Venture if they get approved by the brewers and distillers.

“Of the two, Electrum is likely to come to the market sooner than Coref because there will be more Electrum seed available,” said Syngenta’s Mrs Brooke.

There are three new six-row varieties – two hybrids Belmont and Libra from Syngenta following its other hybrids Volume and Bazooka – while there is one conventional six-row variety Astaire from KWS.

Belmont becomes the highest yielding winter barley variety at 111% above Bazooka at 109%, with good specific weight at 68kg/hl, but has a potential weakness to brown rust (4).

Libra shows a slightly lower yield of 106%, with an even better specific weight of 70.6kg/hl, second only to Cassia on the Recommended List.

Mrs Brooke said Belmont had no major weakness to the more difficult to control barley disease, while growers looking for high specific weight then Libra could be more appropriate.

Astaire is the highest yielding conventionally bred variety at 108% and shows one of the stiffest straws on the list.

“It has good stem strength, low lodging and is early to mature. It also has the lowest screenings of any variety on the Recommended List due in part to its high thousand grain weight,” said David Harrap, the group’s barley breeder.

Three new spring malting barleys were added to the list including Diablo and Tomahawk from breeder Limagrain, and Asteroid from RAGT.

Diablo can potentially be used in brewing and malt distilling, yields 106%, but shows an impressive 109% yield in the North against fellow malting variety Planet at 104%.

It has particularly good resistance to major barley disease mildew (9) and is similar in maturity to Laureate.

Tomahawk is a specialist malt distilling variety showing a yield of 105% ahead of Laureate at 104%, and performs particularly well in the North and East.

The variety has good resistance to rhynchosporium (6) and mildew (9), although brown rust will need monitoring (4). It is similar in maturity to Laureate.

Asteroid is the only spring barley variety that can be used for brewing, grain distilling and malting distilling, and shows a yield of 103% compared with Planet at 105%.

From breeder of Planet, this new variety shows good agronomic qualities with good straw strength and nearly as early at mature as Planet, said Cathy Hooper, technical sales manager at the breeder.

“The variety can produce grain to meet all three of these three markets, so it should see good domestic and export demand,” she said.

Asteroid like other malting varieties will have to wait until May 2019 for full approval by the brewers and distiller, so will not be widely available until spring 2020 at the earliest.

Five new varieties of oilseed rape were added to the list, four recommended for the North and one for the whole of the UK with resistance to turnip yellows virus (TuYV).

The four – Elevation and Broadway from DLF Seeds, Kielder from Elsoms, and KWS’s Butterfly – are all conventional varieties showing high gross outputs with short stiff straw.

Elevation is relatively early maturing, has good light leaf spot resistance (6) with a gross output of 103% compared with popular variety in the northern region, Anastasia at 101%.

Broadway is from the same breeder with a output of 100%, with good resistance to light leaf spot (7) but is slightly later maturing.

Kielder, from Elsoms, is relatively early to mature and has very good resistance to light leaf spot (7).

Butterfly, from breeders KWS, has good resistance to light leaf spot (6) and stem canker (7), but it is slightly later maturing.

The one new hybrid on the list is Architect from Limagrain. This specialist variety with good resistance to TuYV shows gross output of 102% compared with the older virus-resistance variety Amalie at 98%.

The variety shows a step forward in yields for a variety with resistance to TuYV, while it is early maturing and has good resistance to light leaf spot (6), said the AHDB’s Dr Watts.

One new winter oat and three spring oats were added to the list with the winter oat variety Southwark from breeder RAGT showing a yield of 106% against industry favourite Mascani at 99%.

In the spring oat category, the husked variety Delfin from breeder Saaten Union shows a yield of 105% against Canyon at 100%. It has the best untreated fungicide yield on the list with very good resistance to mildew (9).