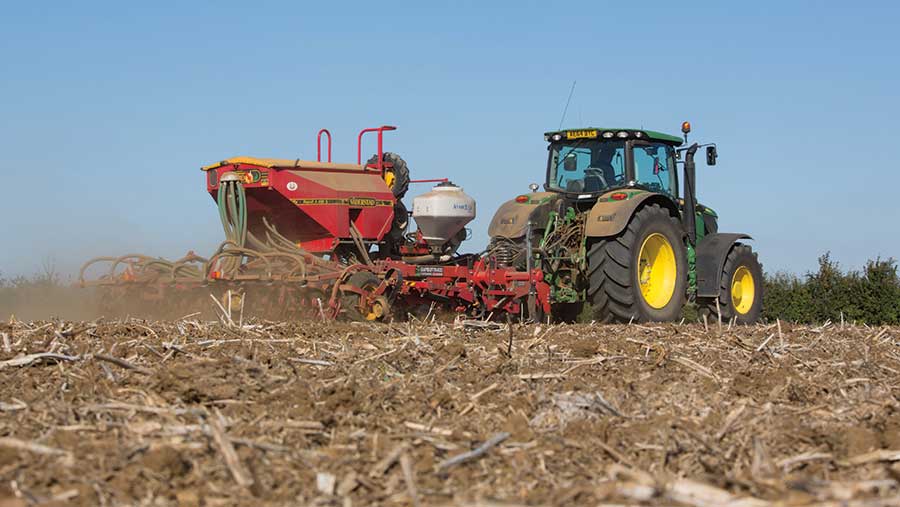 Attractive new milling and biscuit wheats are playing to the strengths of southern England’s wheat markets, offering growers the chance to spread risk by targeting a variety of markets.

The wheat areas of the southern counties have traditionally been dominated by Group 1 and 2 milling wheats and a proportion of Group 3 biscuit types grown on chalky down land.

In recent seasons, the balance has tipped in favour of out-and-out milling wheats after Group 1 had a makeover, starting with Crusoe, followed by Skyfall and most recently, Illustrious.

See also: Seeds Focus: What growers need to assess before drilling in the East

These varieties are all delivering high yields, improved disease resistance – particularly against septoria – and a potential premium, leading to them finding favour in growers’ cropping plans.

Although Group 1 domination is set to continue, Clare Leaman, cereal variety expert at Niab, sees a similar makeover of Group 2 and Group 3 taking place to increase their popularity.

“Group 2s and 3s have been in the doldrums due to a yield deficit to top-yielding feed wheats and the premiums on offer being too poor to compensate,” she explains. 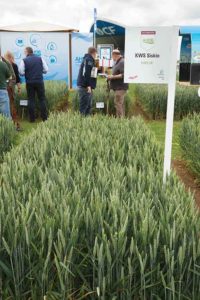 Ms Leaman says that the arrival of Siskin, Barrel and Basset has changed the game, all offering feed-type yields and the potential to explore a number of domestic and export markets.

“With low prices and surplus grain stocks, being able to pick varieties that fit into multiple markets is a good place to be and these new varieties have arrived at just the right time,” she says.

Frontier’s seed commercial assistant Chris Piggott believes it has huge potential, as it can command a premium and is high-yielding enough to grow for feed.

“It also stands out for agronomics and with disease prevalent this year, Siskin has been the cleanest in trials. That will play a big part as farm incomes are squeezed,” he says.

“Fungicides are a big proportion of costs and better disease resistance gives you a little more flexibility on spray timings – it’s about managing risk.”

While Siskin is taking Group 2 by storm, breeder KWS has introduced Barrel and Basset to Group 3.

They sit first and third in the group for yield, split by Limagrain’s Britannia. This is a variety Mrs Leaman says kicked off the Group 3 “revolution” of higher yields, but its slightly weak straw has put some growers off.

“Now Barrel and Basset have come along and are better again, offering good marketing opportunities for biscuit milling and export,” she adds.

With a high yield of 105%, a reasonable disease resistance package and orange wheat blossom midge resistance, Mr Piggott likes the look of Barrel.

“Similar to Siskin, it will offer a premium market and its best fit is where growers are close to a biscuit mill or have access to a port to take advantage of its export potential,” he adds. 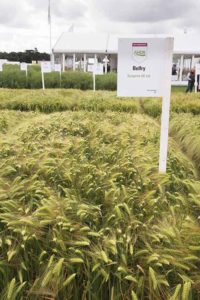 Winter barley is gaining popularity in the South in the post-neonicotinoid era, offering early entry into oilseed rape. Growers are spoilt for choice in both two- and six-row feed types.

Breeder KWS has introduced a two-row each year since its game-changer Glacier in 2013. Niab’s Clare Leaman says from Tower upwards, all on the Recommended List are good options.

“I think the choice is very much an individual one and it will be dictated by lodging or disease risk,” she says.

“If you are on a fertile site with lodging risk, Orwell could be a good choice. If diseases such as rhynchosporium and net blotch are more of an issue, base your choice on that,” adds Mrs Leaman.

She says there are also the two new six-row hybrids Bazooka and Belfry: “They are nice to have and look like good options, with stiff straw, disease resistance and specific weights.”

Group 1s will be in big demand in the South and Howard Nason of Hampshire buying group Crop Advisors sees Crusoe and Skyfall continuing their dominance.

He does note that due to Skyfall’s susceptibility to sprouting, growers should consider combine capacity and avoid planting an excessive proportion of their wheat area with the variety.

“Ensure you don’t have two varieties with the same weakness to ensure you can cut the crop in a timely fashion. Varieties need to complement each other to reduce the risk,” says Mr Nason. 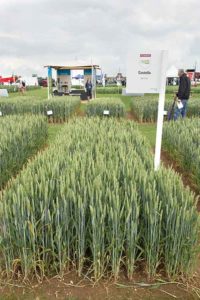 Looking at feed choices, Diego has been dominant across the UK and it is no different in the South, where it is consistent in a wide range of rotational positions and soil types.

Mr Nason says the variety, in its eighth year on the Recommended List, is starting to break down to disease and becoming more difficult to keep clean.

As growers look at higher yields, the quality wheats Siskin and Lili can provide feed-type output, but Group 4s Graham and Costello are two that Mr Nason tips as attractive propositions.

“Graham is an out-and-out feed variety with good disease and sprouting resistance, with a 7 for septoria.

“Costello, however, is more of a potential Diego replacement, with a fantastic specific weight of 80.4 and milling parentage, so comes with a good Hagberg and could attract a premium in grists,” he adds.

Swing to conventional oilseed rape varieties in the South 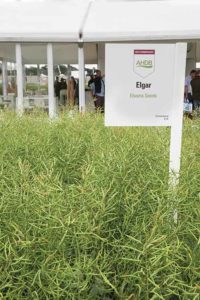 He advises growers to look for good autumn vigour, ease of management and consistency in a conventional variety – with Charger still fitting the bill.

“It has two scores of 4 [for phoma and light leaf spot], so you could ask why you would grow it, but with a good fungicide  programme the variety can still perform.

“Some would argue you need to be more robust, but Charger is still consistent in the South,” he adds.

Those looking for a switch and improved agronomics should consider the list-topper Elgar, says Crop Advisors’ Howard Nason, with its gross output of 111%.

“Of the hybrids, Windozz, Wembley and Alizze also look good, but we don’t tend to see the benefit of autumn hybrid vigour in the South as growers do in the North,” he says.