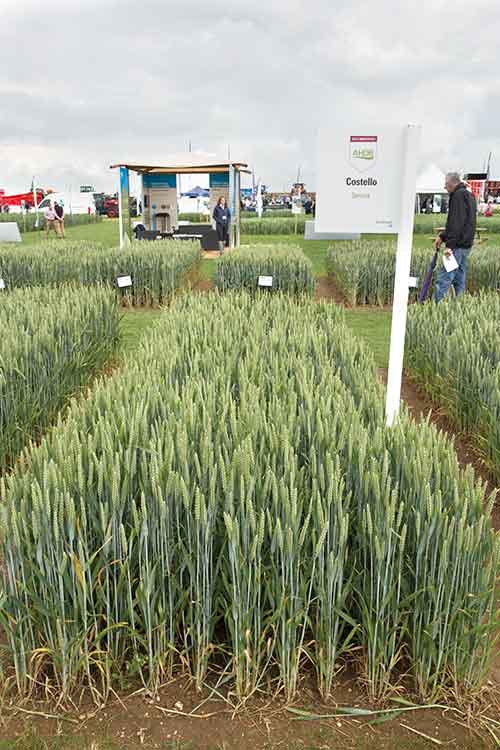 In the third of our daily four-part series, we look at the latest views on what cereal and oilseed rape varieties growers in northern England and Scotland should be looking at this autumn

The wheat market in the north is dominated by feed varieties and the choice has now widened with the arrival of high-yielding, quality types that have multiple marketing options.

The message for northern farmers is to grow for the feed wheat market and meet the demand created for plants producing starch, bioethanol, animal feed and glucose – even if they are opting for the new Group 2 milling variety Siskin –says David Waite of seed supplier Frontier.

“Siskin has the yield to match the Group 4s, but has better disease resistance. It’s going to be one of the big sellers this autumn,” he says.

Barrel, the new biscuit-making wheat, will be of interest, even though there has been a slight fall in demand for soft wheats that are suitable for distilling.

“Barrel has given a tremendous yield in the north of 113%, which is much higher than its UK treated yield of 105%.

“Although this was based on limited data, it does seem to offer something extra in the north,” he adds.

Despite Barrel being re-tested for distilling after not being recommended for this purpose, it will still find a home as growers are likely to like its agronomic characteristics.

Turning to feed wheats, Mr Waite points out that Reflection’s market share of 10% is up for grabs, as the variety has succumbed to yellow rust.

“I can’t see growers dropping Diego, Grafton and Santiago, as they all have their particular place and have shown consistency. But I don’t think their area will increase,” he says.

He highlights Costello as a possible replacement for Reflection, flagging up its good grain quality and absence of disease.

“There aren’t many varieties that have remained clean this far into the growing season like Costello. And there will be seed of it this year,” he says.

“It has the widest drilling window, so it doesn’t matter if you can’t get on the land in November,” he says. “It will happily sit in the shed and then perform well from a spring sowing date.”

For Group 1 milling wheats, he says there is a good choice of complementary varieties, with even more waiting in the wings.

“It’s probably between Skyfall, Trinity and Crusoe for most growers. There’s also Illustrious now with its impressive quality, but it is slightly lower yielding and it doesn’t offer orange wheat blossom midge resistance,” he says.

The millers may have to take a lower protein content or pay an additional premium if they are keen to see Illustrious take off, he suggests.

On AHDB’s Driffield monitor farm, Phil Meadley has taken the view of his local mill into consideration. He supplies EB Bradshaw & Sons, which has made a request for more Group 2s as well as certain hard-milling Group 4s.

Mr Meadley has gone for Group 2 Siskin and hard feed Costello, and is pleased that both varieties are among the cleanest this season.

“The mill does take soft wheats as well, but Revelation is too late for us. The candidate Motown may have something to offer, so we will watch it with interest,” he says.

Otherwise, he is sticking with the conventional type Anastasia as his main oilseed rape variety, but will switch to Exalte for late drilling.

At the York monitor farm, David Blacker is looking for early- to medium-ripening Group 3 and 4 wheat varieties, having switched from milling types three years ago.

After one year, Reflection is being replaced due to its yellow rust risk, while Evolution is also under threat for being a bit late.

“I like the look of Crispin, for its good treated and untreated yields, medium maturity and disease package, and also Graham for the same reasons,” he says.

In addition, Siskin is a possible alternative to Skyfall.

“There is a range of conventional and hybrid varieties to choose from, except where club root is an issue. Then you’re restricted to Mentor, which has closed the yield gap that existed before and has very good standing ability.”

Established varieties in the north include hybrids Harnas and Incentive, as well as the conventionals Anastasia and Campus.

“Challenging these for a place this year are the hybrid Alizze, which has a gross output of 111% and a 7 rating for light leaf spot, and the conventional Barbados, with 110% for gross output and 7s for both light leaf spot and stem canker,” he adds. 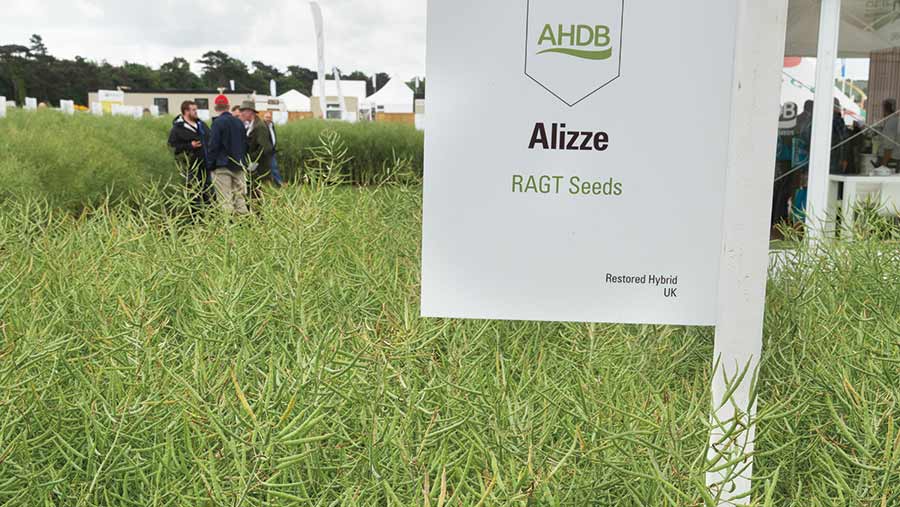 “Of course, a strong disease profile can make the varieties suitable for all parts of the UK,” says Mr Kightley.

“They are tall, but they stand well. Of course, they must be segregated at harvest and grown according to guidelines,” he says.

Hybrid barley is back with a vengeance, which is news that will please its band of loyal followers in the north, according to Clare Leaman of crop consultancy Niab.

“The latest hybrid barley additions have opened up the yield gap. There has always been more of it grown in the top half of the country, although it is finding a place in other regions for blackgrass suppression reasons,” she says.

Bazooka and Belfry have a 5-6% yield advantage over the two-rows and better disease resistance, but on the other hand they are tall and have lower specific weight, she adds.

“For dedicated two-row growers, the variety choice is excellent. Of the two new additions, Orwell has done better in the north than Surge,” adds Mrs Leaman. 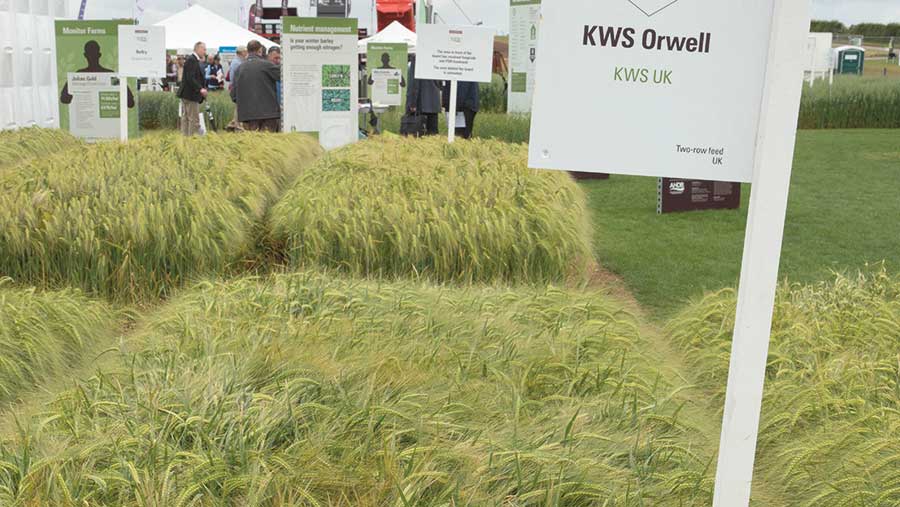 Disease resistance and straw strength ratings should be used to suit the various different varieties to the farm situation, she suggests.