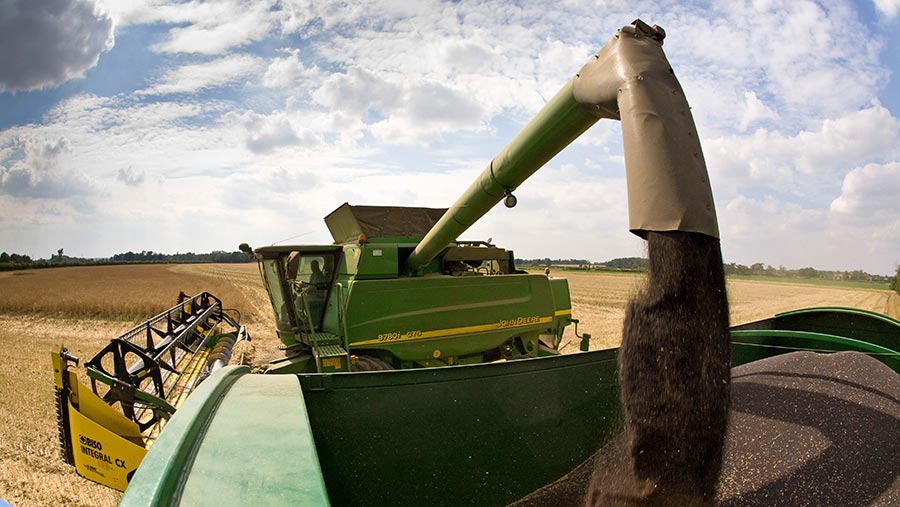 Choosing the right oilseed variety is becoming increasingly important for growers across Britain, as they look to reduce the risk of a costly crop failure resulting from its many regional challenges.

The south and east regions were particularly badly affected by crop losses last year due to a combination of dry conditions and cabbage stem flea beetle attacks.

In the North, where flea beetle is less of a problem, there are other challenges, such as longer, harsher winters and clubroot, which require different variety choices.

So with 26 varieties on the 2019-20 Recommended List – nine of which are newcomers for this season – which are the key ones to consider? Farmers Weekly asked experts for their regional tips

Given the pressures from cabbage stem flea beetle and other establishment threats, early vigour is one of the most important varietal traits that oilseed rape crops in the East require, says Essex farmer and agronomist Robert Harper, from Harlow Agricultural Merchants.

“There isn’t a specific Recommended List rating for vigour, but many hybrids have that ability to establish quickly.”

One that has dominated the rankings for the eastern region is the low-biomass hybrid Windozz, says Niab oilseed specialist Simon Kightley. Alizze and Wembley have been similarly good performers.

“They all combine hybrid vigour and early flowering, which means they should get off to a strong start in autumn and be able to grow away from winter problems such as pigeon grazing and flea beetle larval damage when growth resumes in the spring.”

Of the tried-and-tested conventional varieties, Elgar continues to perform well, as do Flamingo and Nikita, he adds.

There are some promising high-yielding newcomers, though, which include the conventional varieties Aspire and Ballad.

“Aspire is particularly attractive for its resistance to light leaf spot and stem canker, plus it has turnip yellows virus resistance.”

Aspire is not the fastest to establish, so needs to be sown relatively early, Mr Barker says.

Of the new hybrids, Mr Kightley picks out PT275 and Expansion – the latter also offering good resistance to stem canker (7) and pod shatter.

Mr Harper says that although Barbados is only recommended for the north region on the Recommended List, it has performed well on farms in the east region, so may be another conventional variety to consider, along with Campus.

Looking ahead to the candidate varieties coming through the recommendation system, Mr Kightley says Acacia promises the highest gross output (yield adjusted for oil content) at 110%, which is just ahead of the turnip yellows virus-resistant hybrid Aurelia.

The latter also appears to have good stem canker and light leaf spot resistance. Another future option is the clubroot-resistant hybrid Crocodile, which Mr Kightley expects will compete with 2019 newcomer Crome.

“Historically, there has been quite a yield penalty associated with clubroot resistance, but we don’t have that with Crome and Crocodile,” he says.

Establishment speed is also a major consideration with oilseed rape varieties in the South, after a difficult autumn in 2018.

Early vigour is more associated with hybrids, says Mr Kightley, but higher seed costs and fear of crop losses are keeping the conventionals in the frame, with both Elgar and Campus scoring well for autumn vigour.

He also notes that existing hybrid Windozz has yet to disappoint, while PT275 is the new hybrid option. 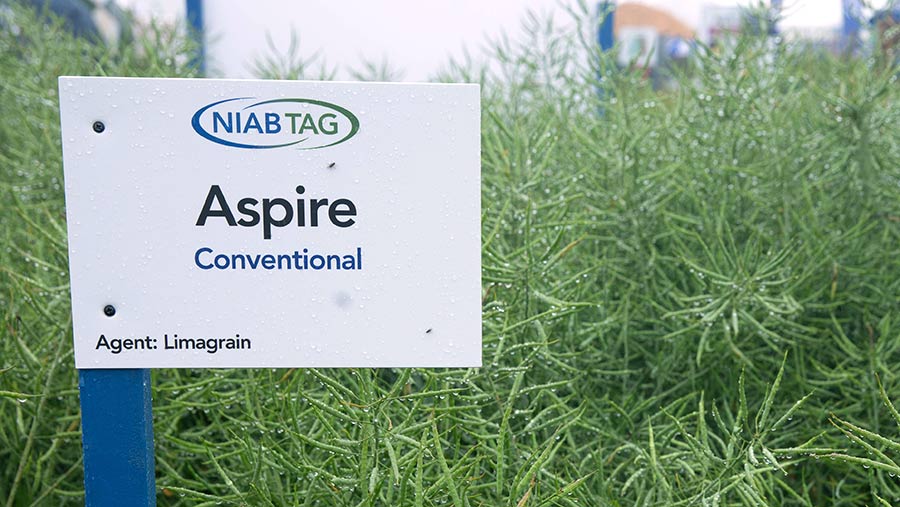 Oilseed rape variety rankings for the North are quite different to other parts of the country.

The one exception is the new conventional Aspire, which takes the top spot with a gross output of 106%, suggesting that it copes well with the tougher conditions experienced further north.

“It has a 7 for light leaf spot resistance and it’s short, with good standing ability,” points out Mr Kightley.

Another conventional, Elevation, is next on 104%, with Barbados also doing well.

Of the hybrids, newcomer hybrid Exsteel is also on 104%, bringing good standing ability and a very good disease resistance package. Alizze, which has proved itself over a number of years, is also a good performer.

Clubroot-resistant Crome is higher in the North on 103%, which is encouraging for an area of the country where the disease is more prevalent.

“Providing this variety is looked after, it will do an important job,” says Mr KIghtley

Expansion and Ballad are next – with Expansion being a tall variety while Ballad is short and stiff.

“It’s important to establish large hybrids on low plant populations, to ensure really strong stems to combat the general wetter conditions in the north,” he advises.

“There’s a bunch of excellent conventional varieties that are all good choices, even if it’s hard to pull out any special characteristics.”

The only Clearfield variety, PT279CL, shows more of a yield deficit in the North.

Conventional oilseed rape varieties with proven performance in the region include Elgar, Flamingo and Nikita, while the tried-and-tested hybrids are Windozz, Alizze and Wembley, according to Niab Tag.

More recent conventional introductions with promise are Aspire and Ballad, while hybrid newcomers of note are PT275, DK Expansion and George.

Where clubroot resistance is required, Crome is the pick.

Turnip yellows virus resistance can be found in the hybrid Temptation, as well as conventional Aspire, while Clearfield type PT279CL is the top-performing variety with this trait.