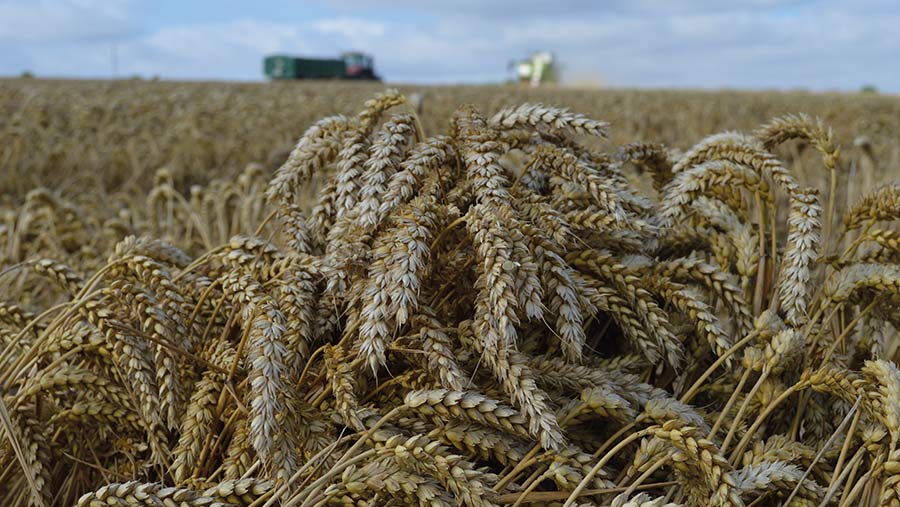 Wheat growers are being urged to order seed for the new top-yielding variety Champion, if they decide to grow this feed variety, as supplies are likely to be limited this autumn.

The variety from breeder DSV became the highest yielder on the new AHDB Recommended List at the end of last year, with a yield 2% above the next-best variety, and it may also interest regeneration farmers with its good disease resistance.

The hard-milling feed wheat has been shown to be a consistent performer across a range of sites and drilling timings, and has especially good resistance to septoria. On the downside it has a low specific weight and lacks the straw strength of its key rivals.

Sarah Hawthorne, the group’s UK arable sales and marketing manager, says seed of the variety is limited this year, with only enough to supply 1-2% of the winter wheat seed market this autumn.

“Growers should look to book seed if they want to grow the variety, as supplies will be tight this year,” she says.

The variety yields 106%, or more than 11.4t/ha, ahead of another newcomer, Dawsum, on 104% and old favourites such as Gleam on 103% and Graham on 102%. Its strong disease resistance package puts it third for untreated yield at 90%, or more than 9.7t/ha, just behind Extase and Dawsum.

This strong disease package is led by its 8 rating for its one-year septoria score, compared with its top-rated sister variety Theodore on 9, and ahead of Extase on 7.3 and Dawsum on 6.1, on a 1-9 scale where 1 is susceptible and 9 shows good resistance.

Its one-year resistance score is ahead of its three-year score of 7.7, showing its strong resistance is holding up while scores of other varieties slipped in the 2021 season. AHDB experts advise looking at the one-year score as a guide when choosing varieties for next season. 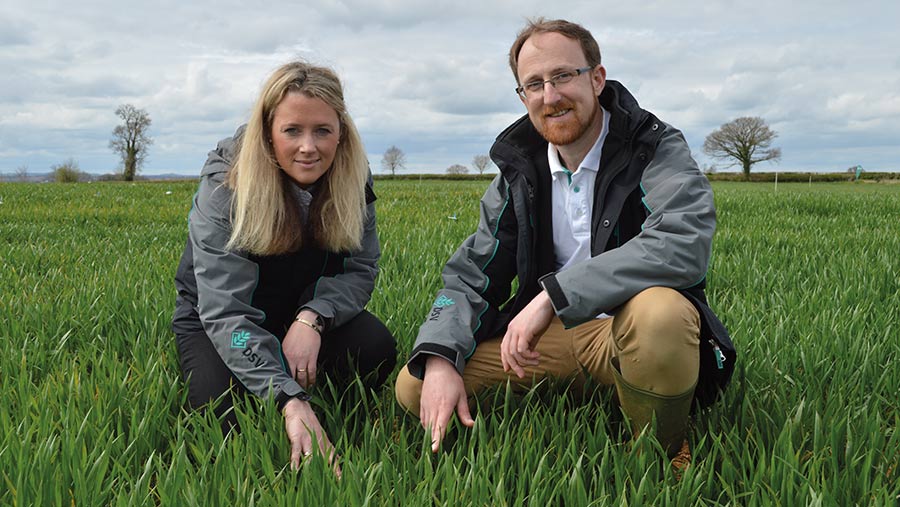 The variety is expected to do especially well in the east of the country, where its performance has been “outstanding”, says Mrs Hawthorne. However, it has performed well across all regions of the UK while it also has the advantage of resistance to orange wheat blossom midge and good resistance to yellow rust.

It should also interest regenerative farmers with its strong disease resistance, and hence good untreated yield, its powerful growth habit and its midge resistance.

The big-tillering variety come out as the top yielder in both first and second wheat positions, performing well on light and heavy soils and a range of different drilling dates and geographies. It is early maturing in line with Skyfall and Gleam, and ahead of Extase, Dawsum and another newcomer, Typhoon.

It is a fast developing variety – in the autumn and spring – although not as fast as Extase, and so Mrs Hawthorne advises against ultra-early drilling, and says it can be drilled from 25 September until mid-February.

Its high yield is helped by its long, large ears, like the older variety Santiago, and has been seen to produce 65-70 grains an ear on Tim Lamyman’s Lincolnshire Wolds farm, where it yielded 15.2t/ha in 2021.

Specific weight is slightly low at 74.8kg/hl compared with Dawsum’s 79.4kg/hl and Extase’s 78.5kg/hl, but Mrs Hawthorne say its high yield will compensate for any price deductions. Animal feed compounders generally look for a minimum of 72kg/hl, and in poor grain-filling years with low levels of sunlight, specific weights can suffer.

The variety’s straw strength is a little weaker than its competitors with a 6 rating, with most other major wheat varieties such as Extase, Graham, Gleam and newcomer Dawsum on 7s. Growers can avoid any weak straw problems by not drilling too early and using a “decent” plant growth regulator programme, says Mrs Hawthorne.

Breeding in the West

German company DSV is the only cereal breeder in the UK working in the wetter West, at its site at Wardington, just north of Banbury in Oxfordshire, and so there is an early focus on selecting varieties with good resistance to the wet weather disease septoria.

The site was originally set up to breed forage grasses and started wheat breeding in 2010 in an area with an annual rainfall of 700mm.

Matt Kerton, the group’s wheat breeder, says the selection pressure for septoria is very high, and so he puts disease resistance as his top priority, followed by quality and yield.

Next in line for the breeder is the variety Oxford, up for recommendation this year with a very consistent performance, a stiffer straw than Champion, and midge resistance. Its septoria score is not as high as Champion at a 6, while like Champion it has a low specific weight of 74.7kg/hl.