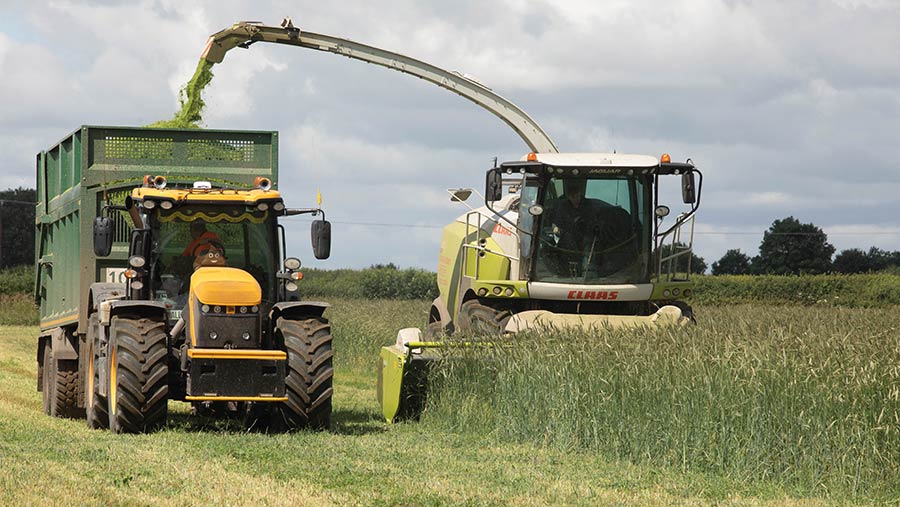 Rye is becoming increasingly popular as a crop for anaerobic digestion and picking the right variety can help maximise gas yields from this cereal.

Agronomist Craig Green at CMG Agronomy, who carries out independent trials on the crop in Norfolk, says winter varieties suitable for biogas production need to tiller well, have more ears/sq m, more stems and more bulk than those destined for grain production.

He points to Arvid as one of the most versatile varieties for biogas with the flexibility to cope with different soil types.

“It is one of the highest-yielding varieties for forage rye and can be harvested slightly earlier than others. It also has good brown rust tolerance.”

Performer, the control variety that Arvid is beginning to replace, is a mainstay and has been one of the highest yielders for four to five  years, he says.

“Performer prefers medium to heavy land and is a week later to harvest than Arvid, so there have been some issues with viable blackgrass seeds, especially where there are delays with contractors wholecropping it.” 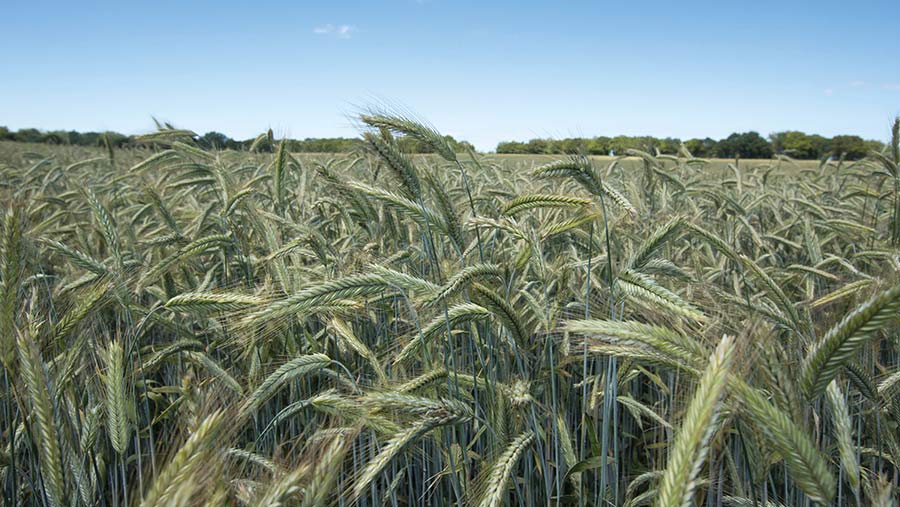 When searching for suitable varieties for wholecropping for biogas, Mr Green says brown rust tolerance, height and standing ability are the key traits to watch out for. “Yield can be an indicator of biomass, but there are only marginal yield differences between varieties.”

When it comes to predicting biogas yield, there is no way to tell from the AHDB Descriptive List, he says.

“The breeders put the ears through a starch performance test and do a gas calibration. The gas output is compared with the variety Helltop as a control. You can go to the breeders’ websites to find this information.”

Jimmy Goodley has a no-till farming system and has largely opted for rye variety Performer for the biogas market.

“We have done several variety trials over the years and it has come out best. It has performed consistently and we haven’t had any issues with lack of previous tillage.

“Lodging hasn’t been a problem and we like the fact we can drill it early – it is the first crop we drill – around mid-September.”

New variety Tayo from KWS is marketed as dual-purpose, but is more suited to grain production, suggests Mr Green. “Dual-purpose varieties tend to have fewer tillers/sq m and not quite the bulk density of varieties aimed at biogas production.”

A harvest trial done in 2021 by Mr Green compared 1ha strips of varieties Arvid and Performer, putting them over a weighbridge.

“We adjusted them to a dry matter weight of 32% so it was an even comparison. In freshweight terms Arvid yielded 42t/ha and Performer 38t/ha. We are planning to trial six varieties this harvest.”

He adds that Arvid tended to have more vigour and was more lush over winter than Performer.

Baresi is the second-highest variety in terms of treated yield at 102%.

“While the Descriptive List doesn’t cover biogas yield, Saaten Union trials show an 8% higher gas yield than control varieties. And it is also good for grain. It has improved resistance against brown rust [score 5] compared with previous Saaten Union varieties.”

Another new variety, Elrond, is in limited supply, but is a strong variety for grain production and tillers well with a high number of ears/sq m. It also has good standing ability [17], she says.

For Scottish rye growers, new wholecrop variety Pluralis is sold out, says Ms Wells. “It is an early-maturing variety, good for spreading the workload. Its lodging score is 29%, the highest score for standing and a key trait for Scottish growers.”

Performer is the biggest seller and the control variety on the Descriptive List, she says. “It shows reliability – for wholecrop it is very reliable, stable and consistent. Arvid will see a slow introduction this year,” she says.