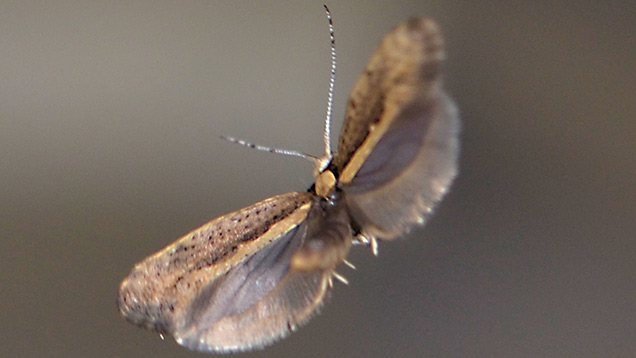 It has already been tested against dengue fever-carrying mosquitos, successfully reducing their populations by more than 90% in Brazil, Panama and the Cayman Islands.

In the results published on Thursday (16 July), scientists showed that diamondback moth populations in greenhouses were well controlled within eight weeks.

“This research is opening new doors for the future of farming with pest control methods that are non-toxic and pesticide-free,” said Neil Morrison, lead scientist at Oxitec and co-author on the paper.

“We all share an interest in safe and environmentally friendly pest control, so this is a very promising tool that could be put to good use by farmers as part of integrated pest management (IPM) strategies for healthy and sustainable agriculture.”

Unlike insecticides, which can affect a broad variety of insect life including bees and other beneficial insects, this approach is entirely species-specific, affecting only the targeted pest population.

Co-author Tony Shelton, professor of entomology at Cornell University, USA, and an expert on IPM, said he hoped the new technology could be used as a part of more agro-ecological farming systems, including organic production.

“Both conventional and organic pesticides are failing to control the diamondback moth, so it’s time for scientists and farmers to work together to find new tools,” he said.

The self-limiting gene is also non-toxic so the moths can be eaten by birds or other animals with no adverse effects.

The struggle against the diamondback moth in cruciferous vegetable production costs farmers round the world up to $5bn (£3.2m) each year.

The new research was published in the journal BioMed Central Biology.