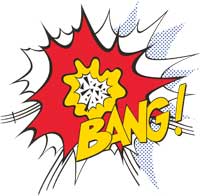 There’s no denying that bangers (aka gas guns) do a great job. You set them and leave them and don’t really have to think much more about the things for weeks on end.

That’s fine, but the public (and local authorities) are getting increasingly impatient with farmers who let bangers go off at night, close to houses or on Sundays.

If you don’t believe us, Google the word birdscarer. Once you’ve got through the manufacturers’ and retailers’ sites, there’s complaint after complaint from the public about anti-social farmers and their bangers.

Tempting though it may be to dismiss such comments as being typical of ignorant townies, they are growing in number and increasingly angry. No surprise, then, that the NFU has recently updated its banger code (see right) and increasingly worries that a few miscreants could bring on a partial or outright ban.

Farmers are caught in a dilemma, though. In some years pigeons may not do too much damage, but in others flock after flock will hammer rape and pea fields until there’s hardly anything left. So doing nothing is not an option.

So what’s the answer? A ban on gas guns would be a disaster akin to depriving an army of its main battle tanks. They provide the first (and many would say best) line of defence for many farmers.

But if your gas gun was made at about the same time as the Morris Minor or is about as reliable as a Met Office long-term forecast, it could be time to chop it in. Units with dodgy photoelectric cells, not to mention those that simply bang away around the clock, aren’t helping the farming cause at all. The current crop of gas guns, on the other hand, are likely to be more reliable and generally have far more sophisticated controls that will allow specific periods to be declared off-limits to bangs.

There is also an increasing range of non-banging equipment that does the job by imitating the birds’ own distress calls or providing a visual deterrent on the ground or in the air.


VIDEO: You can see all these units (apart from the Scarecrow and Quiet Man) in action here. No live animals were killed in the making of this video. Regrettably.

To see what was available, both in terms of gas guns and other pigeon-scaring equipment, we rang a wide range of scarer manufacturers and asked them to send an example of their wares. We then spent two days assembling them and trying them out.

We would have loved to tell you that equipment A was better at scaring off pigeons than Equipment B. But of course we can’t, since setting up a fair and scientifically rigorous experiment with something as irrational as pigeons would take a team of scientists many months.

Instead, we looked at how easy they were to move around, how much looking after they needed and how many you needed to cover a particular acreage of crop. We also assessed their potential to annoy local residents and vulnerability to tampering or theft.

There were a couple (Scarecrow + Foxoff) we didn’t know about at the time of the test, but we’ve included details in the write-up.

If you bought your current gas gun in 1975, you’ll be surprised at the sophisticated controls on the current crop of bangers. All four we tried could be set to vary the number of salvos (ie clusters of bangs) fired in each half hour period and the number of bangs per salvo.

Three of the four units had internal batteries and one also had a solar charger, so there are no 12v batteries to lug around. Once set, gas guns can be left for long periods. However, regular moving boosts their effectiveness, as does alternating them with other devices. 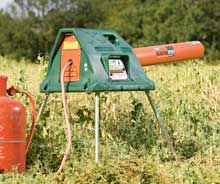 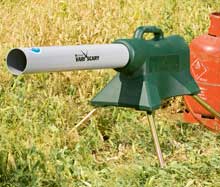 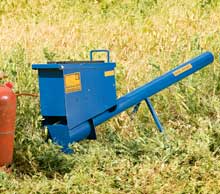 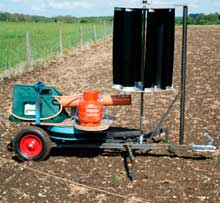 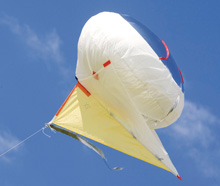 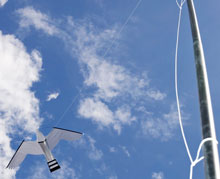 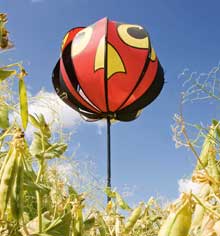 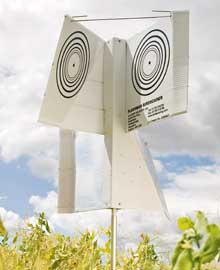 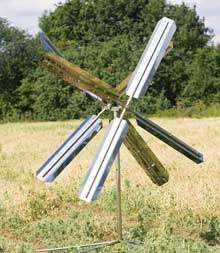 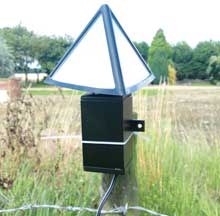 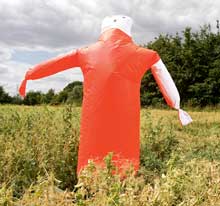 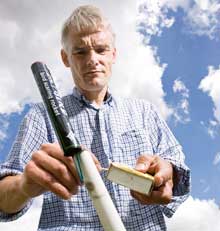 Rockets (sold by Portek and others) 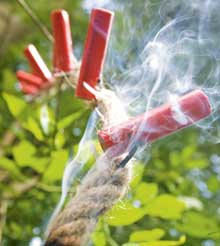 Black Cat banger ropes (sold by Portek and others) 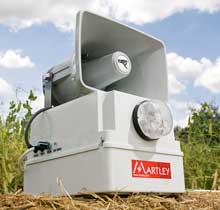 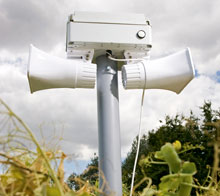 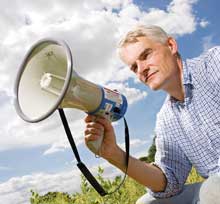 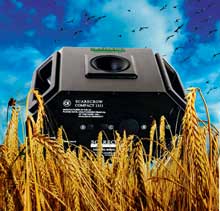 What works for you?

How do you rate your pigeon scaring equipment? Do you have techniques that seem to work well? Do you inform your non-farming neighbours? Let us know by posting a comment on our forums. Click on Talking Tackle, then Pigeon Scarers