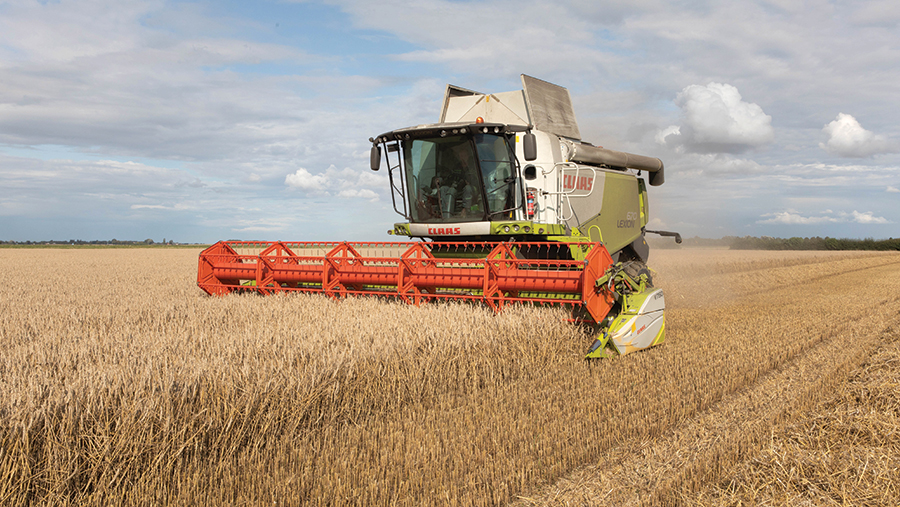 Farmers could be getting yields up to 15t/ha out of their wheat harvests, newly published research shows.

When comparing the performance of computer-modelled “idealised” gene-edited wheat plants and locally adapted cultivars in millions of different simulations, a significant “genetic yield gap” was found.

A crop’s genetic yield potential can be understood as “the highest yield achievable by an idealised variety”, according to the scientists behind the study.

To explore such potential, “perfect” wheat plants, tailored to specific geographical regions across the UK and Europe, were simulated by researchers using existing data on the contribution of different wheat genes to individual plant traits, such as size, shape, metabolism and growth.

The idealised plant’s edited genome allowed it to capture water, sunlight and nutrients as efficiently as possible, leading to a crop’s average yield being 5.2t/ha greater than the current average.

The underperformance of local wheat varieties reveals that wheat traits contributing to amounts of grain produced are functioning well below optimum levels.

“We’ve almost used all the agricultural land we have so we can’t expand further to increase our food production,” said Dr Semenov. “In the future, when the global population reaches 10 billion we will need to increase the genetic potential of crops to meet our needs.”

Beyond research purposes, the chances of farmers and plant breeders being able to use gene editing in the UK and Europe to increase crop yields is low. An EU ruling last year placed the technology under the same extensive commercial regulations as genetic modification.

Helen Ferrier, NFU chief science and regulatory affairs adviser, said that while it is likely to be a long time before gene editing is commercialised in the UK, it is definitely not out of the picture.

“An attitude change still needs to happen,” said Dr Ferrier. “There is still a lot of reserve held about biotechnology in general, especially at the European level, but I think we can be slightly positive.”

Dr Ferrier noted that research such as Dr Semenov’s is useful in painting a larger picture for the public on the potential of crop biotechnology, and the practical applications it may have.

“At some point, we may have no choice but to accept options we don’t like,” added Dr Semenov.

According to Bayer CropScience, there are six ways farmers can make the most of their existing wheat varieties: