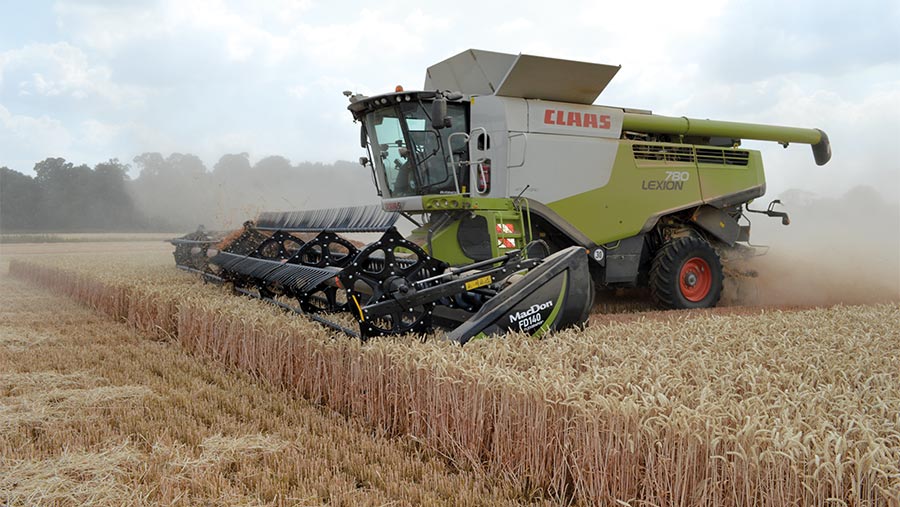 Firefly is set to vie for the top spot with Elicit in biscuit-making winter wheat seed sales this autumn, with growers weighing up its good yield and stiff straw against its susceptibility to rust diseases.

It is the top-yielding Group 3 biscuit-maker on the AHDB Recommended List, with stiff straw and good septoria resistance. However, it has a weakness for brown rust and doubts over its yellow rust rating.

David Waite, northern seeds manager at agronomy group Frontier, says the variety is set to sell out this autumn, and is likely to do well in England and as an early-drilling variety.

“We see it as the top-selling Group 3 this autumn, and it is likely to be a good replacement for Barrel in England,” he says, adding that Barrel will probably remain popular in Scotland.

Firefly has a high septoria resistance rating at 7 and stiff straw, similar to Skyfall at an 8. It is the highest yielder of the Group 3 wheats.

However, its brown rust resistance score was downgraded from an 8 to a 6 in October 2019, and although its yellow rust score is a top-rated 9, the disease has been seen in the variety this season, suggesting there must be some new races.

“At the moment, it is easier to control rusts than septoria, so a good septoria score is more valuable,” Mr Waite says.

Barry Barker, national arable seed product manager at agronomy group Agrii, thinks the rust issue will be a weakness for the variety in England, but believes it will sell well this autumn

“There will be a fight between Firefly and Elicit for top spot in the Group 3s, but we expect Firefly to just shade it because of seed availability,” he says.

The variety has a good yield, good septoria resistance and stiff straw, but rust is a big weakness and there is a gap in the market for a good all-round Group 3. “This is a decent variety, but growers will have to look the rust rating,” he says.

Jonathan Baxendale, combinable seed product manager at seed supplier Wynnstay, says the variety stands out for its septoria rating and standing ability, but says his part of Shropshire is not a big area for Group 3 wheats.

Firefly is not an out-and-out feed variety and its specific weight at 75.6kg/hl is a touch low, so it may not be too popular in the western side of England, he says.